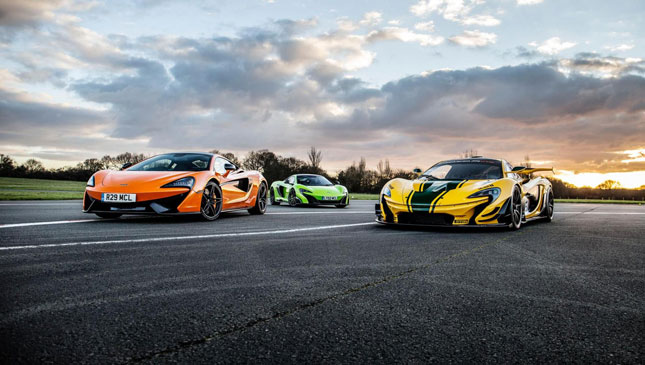 “There’s more than enough SUVs in the world,” McLaren boss Mike Flewitt tells TopGear.com. “and we don’t need another one. That’s sort of the flippant side."

But the reasoning is a little deeper than that.

On the engineering side of things, he noted how “a great many” of the big, luxury SUVs were all made by the same group, sharing the technology to make their own 4x4s fit the character of each brand.

“Nothing wrong with them,” Flewitt said. “but we don’t have a technology set that suits an SUV, so we’d be starting from scratch.

“And we’re not arrogant to think we can go up against the Range Rovers and Cayennes of this world with a better can than them overnight,” he said.

Third and finally, money. “We don’t have the technology and we’re not going to be first in the market, so what’s the point? You have to invest from scratch and we wouldn’t make any money out of it.

“After all that, why the hell would we do this?” he laughs. The customers too aren’t really chomping at the bit to get a McLaren SUV.

“The customers love what we do,” Flewitt said.