A remarkable display of teamwork by the Pinoys
by Tracy Carpena | Oct 31, 2013
CAR BRANDS IN THIS ARTICLE 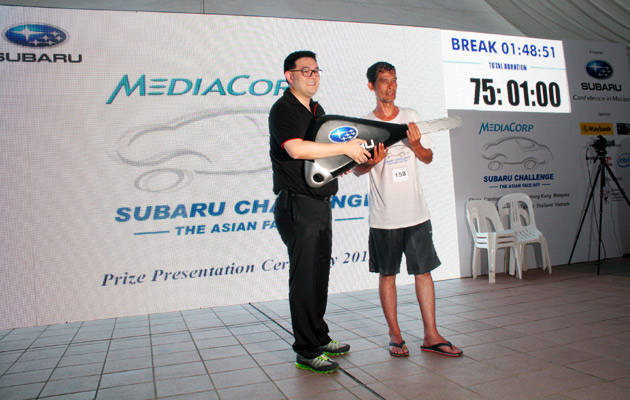 The 2013 Subaru Challenge: The Asian Face-Off concluded when five-time contestant Yusman Wright of Singapore was named the victor. The 43-year-old real-estate agent held on to the car for 75 hours and 1 minute, earning the keys to an all-new Subaru Forester 2.0i Premium (without Certificate of Entitlement) and winning over fellow Singaporean Sunawr Ali, the first runner-up who brought home SGD5,000 (P175,000).

Top Filipino bet and five-time finalist Alex Neblasca was the last Pinoy and non-Singaporean standing, earning him the titles of Country Winner of the Philippines and Asian Winner. He was ousted from the contest after 70 hours and 53 minutes, when he was disqualified for lifting his hand from the car just a few seconds before the official start of the final 1:00pm break. According to Neblasca, he got confused when the crowd started doing a countdown and he thought it was time for a break, so he ran to the tent to get his refreshments. Sleep deprivation got the better of the 31-year-old contestant, and the marshals around him did not advise him when to lift his palm off the car.

Despite being close to winning the car, Neblasca is not disappointed. Knowing that he was still strong and could still challenge had it not been for a technical disqualification, he hopes to try again next year "if I will still be allowed to join." He was also inspired by the teamwork that the Philippine contingent displayed.

The Philippine team was composed of eight Subaru Challenge newbies and two veterans. Each one was motivated to win the grand prize, of course, but the members were bonded by a common goal: Go home with the Country Team Winner title, which required teamwork because it was awarded to the contingent with the longest combined time. The winning team received a cash prize of SGD10,000 (P350,000).

"Each team member did his best to stay in the game, so that our combined time would beat those of the other teams," Neblasca told the Motor Image Pilipinas marketing team and the Philippine media. "We also helped each other stay awake and hold on to the car for as long as we could."

The teamwork and the camaraderie of the Filipino group were remarkable. Everybody on the team stood strong during the first 40 hours of the competition. Arnel Esteban Pido, the 23-year-old representative from Pampanga, even sacrificed his own game when he grabbed a fellow Filipino contestant who almost collapsed. Neblasca also lauded first-timer Carlos Antonio Creencia, who stood in the game for 68 hours. "He gave his all and he focused hard on the last day until he cramped up and could no longer move," the country winner said. When Neblasca was brought to the First Aid station on a wheelchair, several of his teammates, who practice first aid in their line of work, took over doing the massage and providing him with nutrition and hydration.

At about the 65th hour (almost three days into the competition), only Creencia and Neblasca remained in the game. Creencia had his right hand on a window of Car No. 2, and pressed his left hand on top of the right one to make sure it didn't involuntarily move out of the sticker. Neblasca, on the other hand, had his hand on the trunk, his designated spot.

"Inhale, exhale," someone from the crowd called out. "Itaas mo paa mo. Yung kabila naman. Isigaw mo pag masakit!" Creencia did as he was told. Juan Furiscal, Jr., another Filipino contestant who had been ousted earlier, was shouting the instructions. Along with him were the other members of the Philippine team, who, like the last two Filipinos in the game, had not slept. "We just changed our clothes and came back to cheer them on so they can stay awake and hold on longer," Furiscal said. They took turns taking meals and resting, making sure that a fellow team member remained cheering and talking to the Filipinos still in the contest. The teamwork of our country's representatives paid off: They bagged the Country Team Winner title, seizing it from another strong contigent, the Vietnam team.

The competition is an individual endurance game, and becomes a mental game by the third day. With only one car to be given away, one might think collaboration won't reap benefits. But the Philippine group capitalized on teamwork and drew strength from one another. And because of that, each member brought home SGD1,000 (P35,000) each for his contribution--and priceless memories from a grueling physical and mental competition. 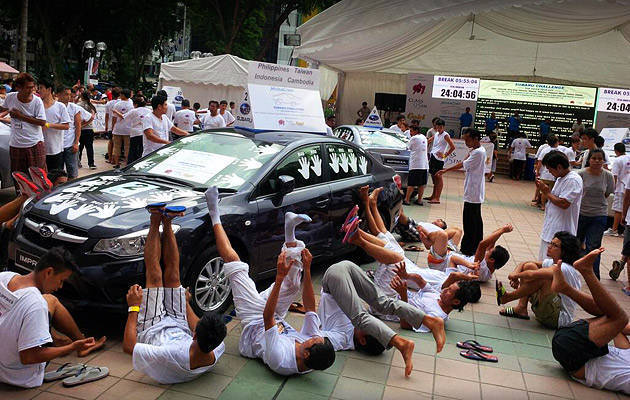 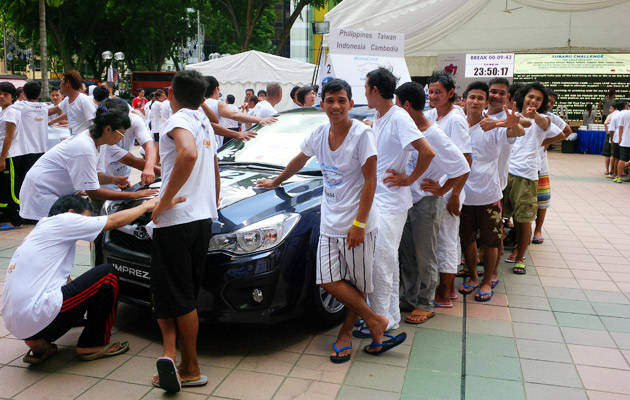 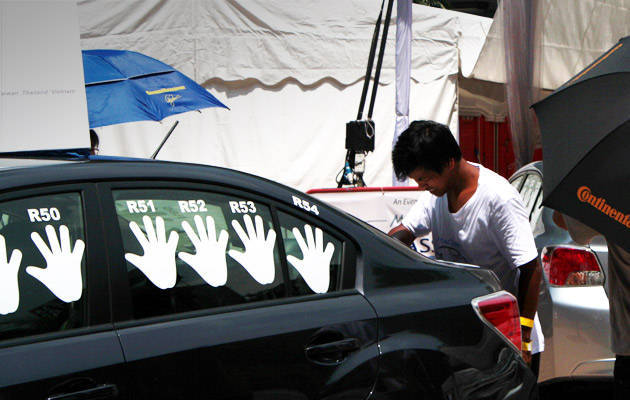 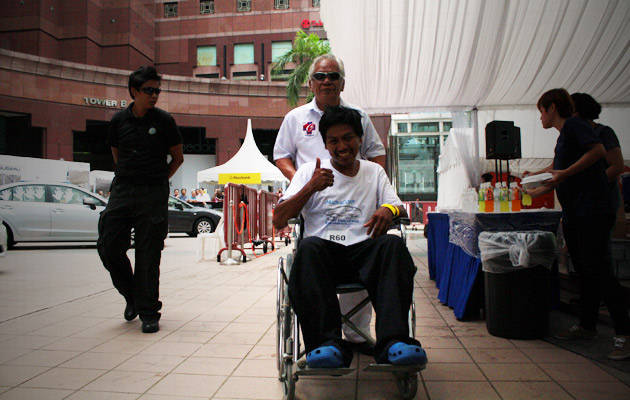 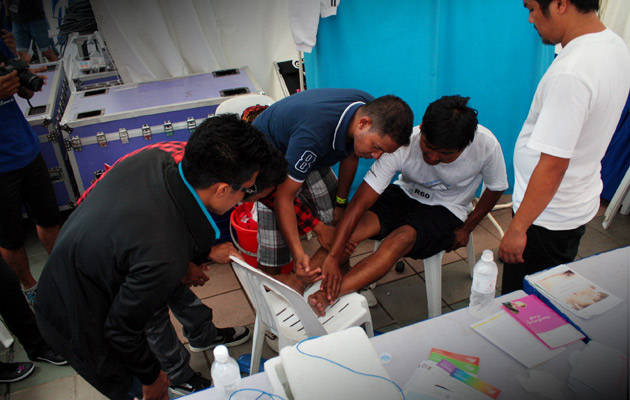 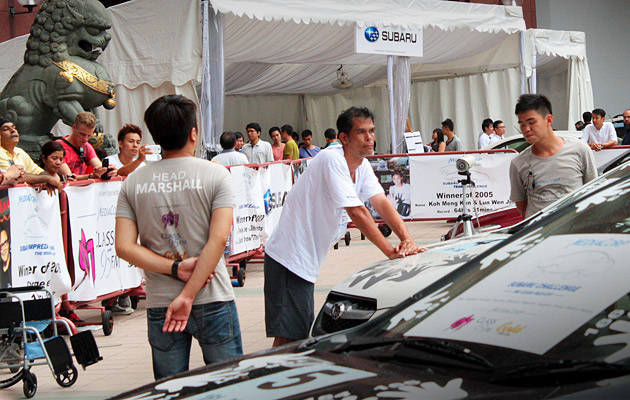 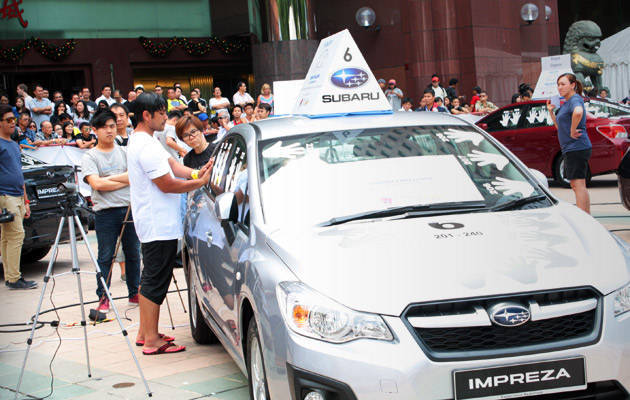 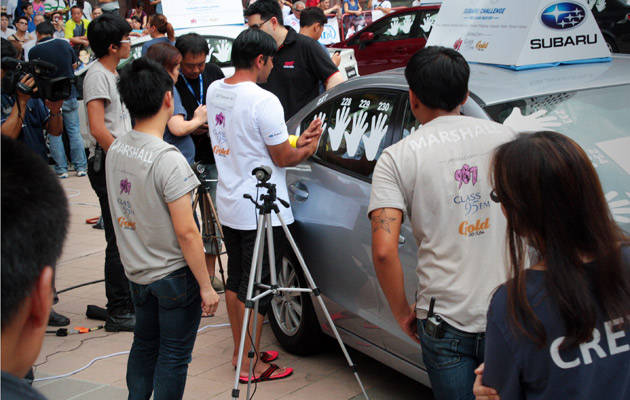 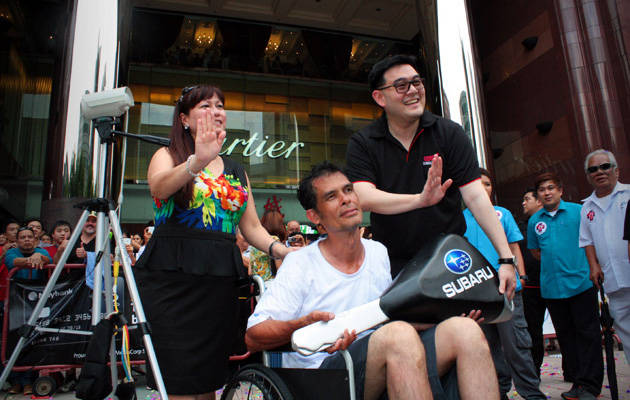 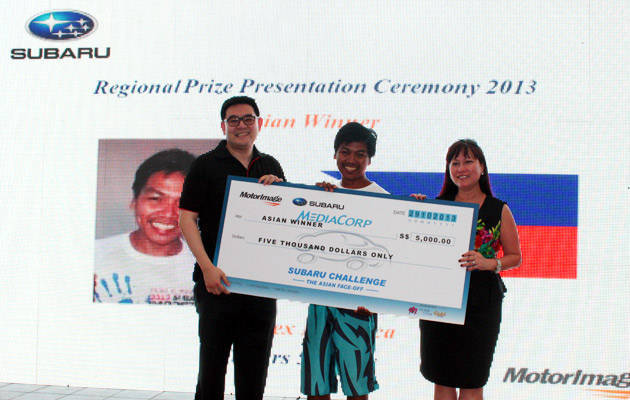 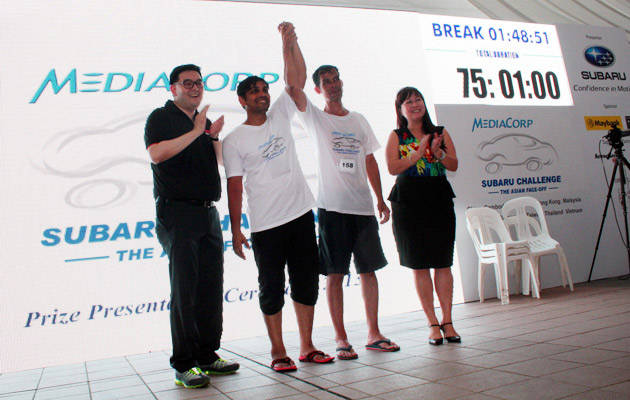 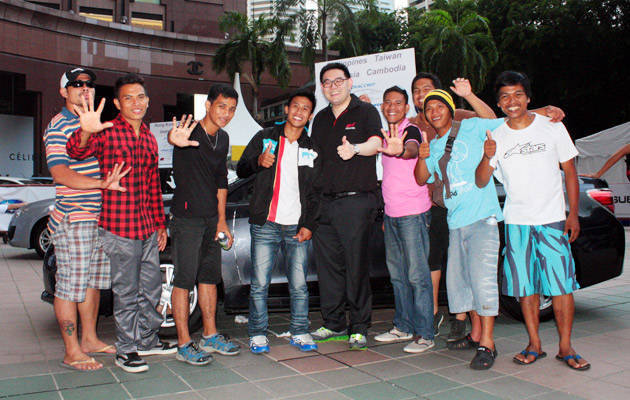 Entry-level Mazda CX-5 now comes with i-Stop feature
View other articles about:
Read the Story →
This article originally appeared on Topgear.com. Minor edits have been made by the TopGear.com.ph editors.
Share:
Retake this Poll
Quiz Results
Share:
Take this Quiz Again
TGP Rating:
/20