Isuzu PH continues to sell new vehicles with promos like this

In celebration of its 15th anniversary
Nov 22, 2012
CAR BRANDS IN THIS ARTICLE 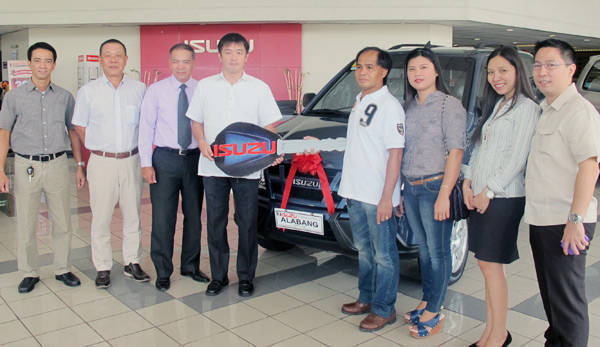 Most everyone marvels at the fact that Isuzu Philippines Corporation still manages to sell quite a lot of units in spite of its very limited (and aging) product lineup. Well, the answer could well be found in the company's generous marketing promos aimed at the typical Pinoy household that aspires to a better standing in life.

Take, for instance, IPC's ongoing "15th Anniversary Blowout Promo." Carried out to thank its customers on the occasion of its latest milestone, the promo is giving away five brand-new (and tax-free) Isuzu vehicles to buyers who purchase an Isuzu product from August to December this year:

On top of that, three consolation prizes of P100,000 cash will be awarded in each month of the five-month promo.

The photo above shows the grand-prize winner from among the August buyers. Roberto Daquila Acejo, a seafarer from Parañaque City, won a 2013 Isuzu Crosswind XT in the raffle draw. He had purchased his vehicle from Isuzu Alabang.

As you read this, you can still take a shot at the 2012 D-Max 4x4 LS SE and the 2013 Alterra that will be raffled off to November and December buyers, respectively.

"Isuzu Philippines is very appreciative of the continued patronage and trust that our loyal customers have shown us during the past 15 years that we have been producing durable, reliable and fuel-efficient vehicles," said IPC president Ryoji Yamazaki. "With this promo, we are extending our gratitude for this ceaseless support, and we're also inviting new customers into the Isuzu fold." 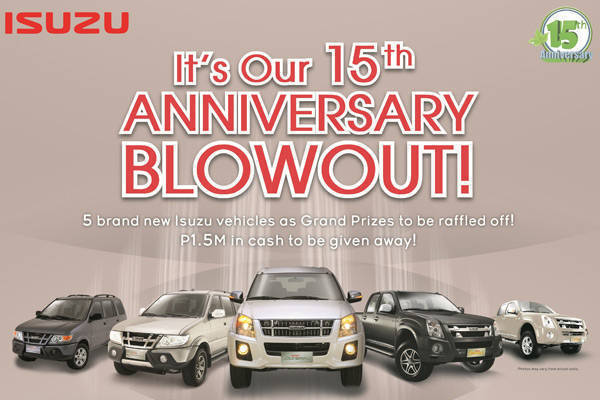 Ferrari auctions off F12 Berlinetta for Hurricane Sandy relief ops
View other articles about:
Read the Story →
This article originally appeared on Topgear.com. Minor edits have been made by the TopGear.com.ph editors.
Share:
Retake this Poll
Quiz Results
Share:
Take this Quiz Again
TGP Rating:
/20