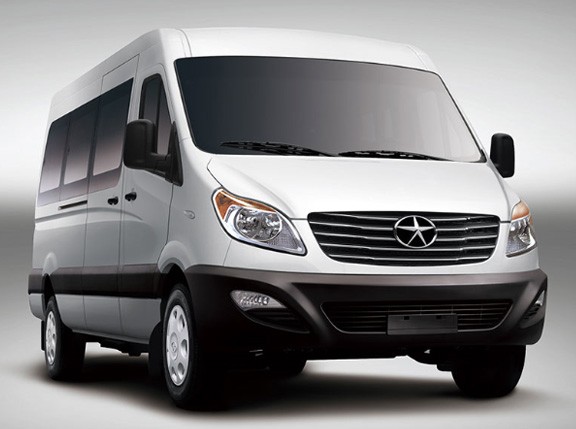 Kia has finally pulled the covers off its first electric vehicle (EV) and it's the Ray, which was first revealed last November and which we caught a glimpse of during our tour of the Korean carmaker's Namyang research & development facility in Korea last month.

Based on the 1.0-liter petrol-powered Ray that went on sale in Korea also last month, the Ray EV is a zero-emission city car and it sets a global first for Kia as an EV manufacturer by sharing the same production line as the conventional Ray.

Besides this milestone, the Ray EV also introduces numerous innovations. The electric motor, for instance, reportedly achieves 93-percent efficiency, which Kia claims is the best in its segment. Its lithium-ion-polymer battery's cell is also supposedly optimized and highly integrated so the system is lighter by 13 percent while energy density is higher by 15 percent compared to its competitors' systems. The battery pack has a 10-year life cycle.

Despite weighing 187kg more than the internal combustion engine Ray, the Ray EV's 167Nm of torque ensures that the car still responds to throttle inputs lively with an acceleration time from zero to 100kph in 15.9 seconds and a top speed of 130kph.

The Ray EV's automatic transmission also offers the driver a choice of two modes while in 'D' drive: 'E' (for 'eco') which optimizes the delivery of the motor’s torque to achieve minimum battery consumption and maximum driving range or 'B' (for 'brake') which can be selected when driving downhill on highways and on mountain roads to maximize braking power.

The Ray EV is also equipped with a new type of regenerative braking system, which features an active hydraulic booster that utilizes the electric motor to create hydraulic pressure for the brake system. Kia claims the result is consistent brake pedal force throughout a wide variety of driving conditions and the ability to harvest excess energy and use it to recharge the car's battery.

To prevent accidents that may arise from the Ray's EV silent powertrain, Kia has fitted it with what it calls a virtual engine sound system. When driven at speeds below 20kph or when backing up, the system delivers a mixture of recorded gasoline engine noises to alert pedestrians and motorists of the Ray EV. With major markets for EVs like Japan and the USA already considering the introduction of a legal requirement for EVs to have a virtual engine sound, Kia is ahead of its competitors by taking the first step to commercialize this system to anticipate the global industry's trend.

Like the conventional powered Ray, the Ray EV will be available exclusively to the domestic Korean market, with the first year's production numbering at 2,500.