From stickers to car lifters
by Patrick Everett Tadeo | Nov 29, 2012 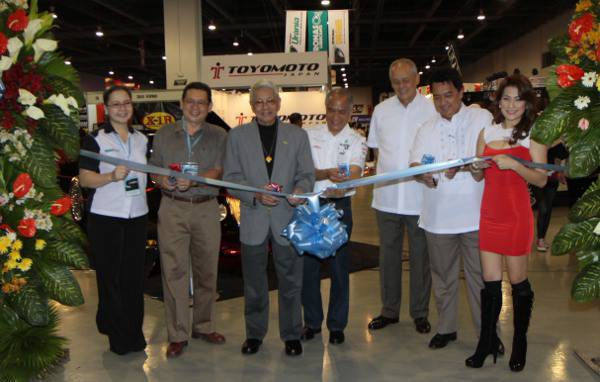 The 2012 Manila Auto Salon opened its doors today at the SMX Convention Center in Pasay City, giving vehicle aftermarket shoppers the perfect one-stop venue to get their Christmas shopping done for their cars.

Approximately 60 exhibitors are participating at this year's show with over 150 cars on display. Other than the usual alloy wheels and car-care products, you'll also find vehicle-wrapping services and even an industrial-scale vehicle lifter being sold on the show floor. Some exhibitors are even offering their products with discounts that range from 20 to 50 percent. Another one is even offering a 2013 calendar featuring some of the most popular car-show models (babes) in the country.

In addition, on exhibit at the lobby is what could be called a small shrine in honor of the country's racing legends since the motor show also serves as the public debut of the Racing With Legends documentary DVD that will soon be available on a limited run.

And then, of course, there are the booth babes. With the show's four-day run happening on a long weekend, expect the exhibitors to take advantage of the heavy foot traffic by populating their booths with a bevy of beauties.

Lastly, don't forget to drop by the Top Gear Philippines booth since we're featuring the Toyota 86 side by side with the Subaru BRZ, which is probably the first time you'll ever see both cars on display together. Like many visitors who've been to our booth, you'll probably play "spot the difference" when you see the two cars together (see photo below). It's inevitable, really.

The 2012 Manila Auto Salon will run until December 2, with the gates opened from 10am to 8:30pm. Tickets to the show can be bought at the SMX Convention Center lobby at P100 each. 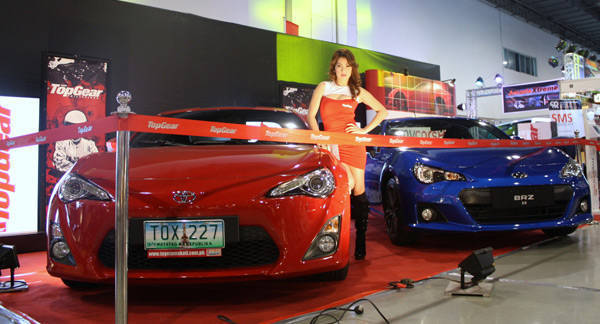