Massa on the mend 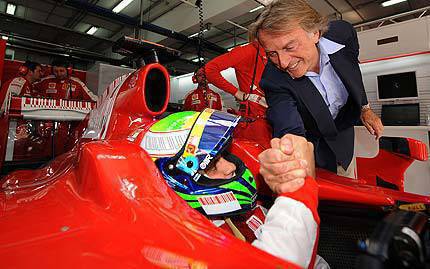 Ferrari racecar driver Felipe Massa has awakened from an induced coma and removed from the artificial respirator as the swelling in his brain has subsided.

Massa' skull was fractured during the second qualifying session for the Hungarian Grand Prix on July 25 as his helmet was struck by a damper spring that came loose off Rubens Barrichello's BGP 001 racecar. The impact momentarily knocked Massa unconscious, sending him into the tire barriers at full speed. Massa was airlifted to the AEK Hospital in Budapest where he was put into an induced coma to minimize the swelling to his brain.

Reports said Massa's condition has improved significantly over the last 24 hours and that he remains stable. The racecar driver is still unable to open his left eye but earlier tests showed no major structural damage.

"The doctors confirmed that close evaluation (of his left eye) has to be done over the next days. Felipe now sleeps without the help of sedatives, with his wife, his parents, his brother and his friend Nicolas Todt by his side," Ferrari said in a statement.

"I'm heading back to Maranello with (Ferrari team principal Stefano) Domenicali, who will make suggestions how to substitute the Brazilian driver until he returns, which I hope will be very soon. We'll make a decision when the time is right, considering that there's a break of a month now," de Montezemolo said in a separate statement.