The brand returns to rallying
Jul 29, 2010
CAR BRANDS IN THIS ARTICLE 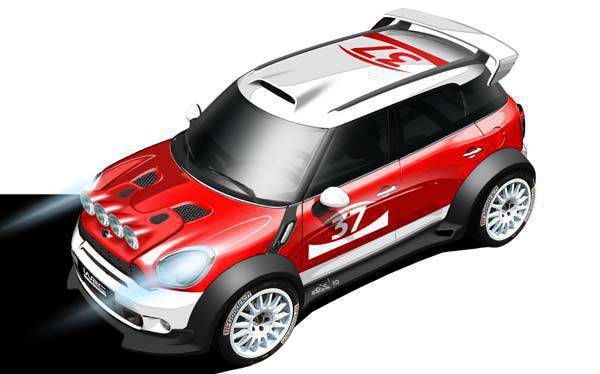 Mini will return to the international rally circuit as it is slated to join select rounds in the FIA World Rally Championship (WRC) in 2011 before contesting an entire season starting in 2012.

Mini will be fielding a production model-based Countryman WRC developed by Prodrive since early 2009. Powering the WRC contender is a 1.6-liter, four-cylinder turbocharged engine from BMW Motorsport. It will also be available to customer teams and the initial delivery has been set in time for the start of the 2011 season.

“This is a very exciting new motorsport programme,” Prodrive chairman David Richards said. “During the 1960s, Mini captured the imagination of the world when the tiny car took on the might of V8 powered Fords and won what was then one of the toughest motorsport events, the 4000km Monte Carlo rally. I believe our new Mini will become a firm favorite of the latest generation of rally fans, just as it is adored by its millions of owners across the world.”

On top of its success in the Monte Carlo Rally in the 1960s, Mini has also triumphed in many occasions in the European Rally Championship. With the success of the all-new Mini in the Mini Challenge proving the sporty character of its models, the brand has decided to take its presence in motorsport to a new level with its commitment to the WRC.

“I am delighted Mini will be represented on one of the most popular stages in international motorsport,” said Ian Robertson, member of BMW AG’s board of management responsible for sales and marketing. “The success enjoyed on the rally circuit has made a vital contribution to the image of the brand. I am convinced we will add a few more chapters to our success story in rallying.”

Subic racetrack to bid RP motorsports goodbye; tires to keep burning in Clark
View other articles about:
Read the Story →
This article originally appeared on Topgear.com. Minor edits have been made by the TopGear.com.ph editors.
Share:
Retake this Poll
Quiz Results
Share:
Take this Quiz Again
TGP Rating:
/20