In case you missed it, Mayor Isko Moreno caused quite the buzz yesterday as he called for the complete pullout of all electric tricycle (e-trike) units across Manila City. The Department of Transportation (DOTr) has since responded to the mayor’s statement.

DOTr undersecretary for road transport and infrastructure Mark de Leon clarified that tricycles are indeed prohibited to operate along national roads, as stated under a previous memo from its agency and the Department of Interior and Local Government (DILG).

“Joint Memorandum Circular 001 Series of 2017 of the DOTr and the DILG expressly states that ‘tricycle operation should only be confined along city or municipal roads, not along national roads, and is limited only to routes not traversed by higher modes of public transport,’” de Leon said.

This memorandum, however, states that e-trikes may be allowed by local government units (LGUs) to traverse national roads if there are no other modes of public transport that are available to the public.

“When the Department of Energy (DOE) donated to the DOTr in 2018 some 200 units of e-trikes to aid in providing environment-friendly transportation to tourists in Boracay, these electric vehicles were deployed in resort areas of the island, and not on national roads,” de Leon added. “Similar with e-trikes, the Land Transportation Office (LTO) also prohibits the use of e-bikes on national roads.”

The DOTr assures the public that following the Manila City local government’s statement, it will work closely with the LTO to soon issue an official and detailed memorandum circular concerning the regulation of e-trikes, e-bikes, and e-scooters.

“As the DOTr recognizes the full authority of Mayor Isko to cancel the franchises of e-tricycles in his city, we shall remain willing and ready to assist the City of Manila in rationalizing its public transportation system to improve the commuting experience of the public through enhanced mobility and connectivity,” the undersecretary concluded.

Let’s hope the concerned agencies will soon come to a solution regarding these regulations. What do you guys think? 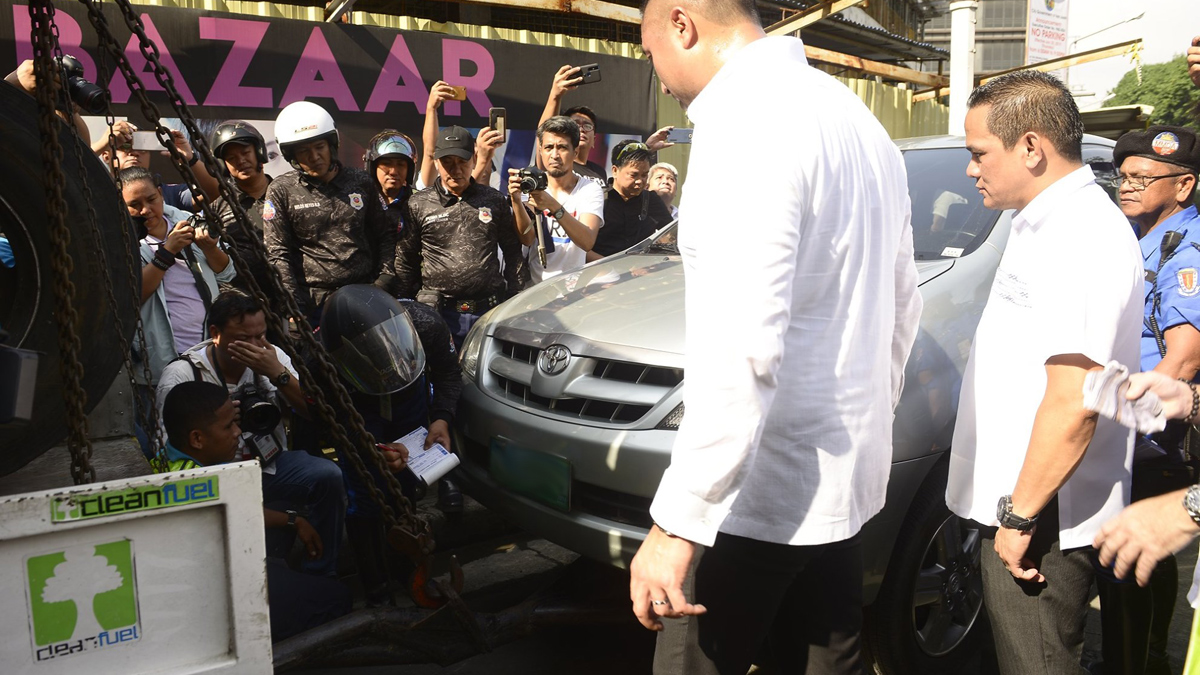 Streets surrounding Greenhills are now officially no-parking zones
View other articles about:
Read the Story →
This article originally appeared on Topgear.com. Minor edits have been made by the TopGear.com.ph editors.
Share:
Retake this Poll
Quiz Results
Share:
Take this Quiz Again
TGP Rating:
/20