Competition is as tough as ever
by Drei Laurel | Mar 29, 2017
CAR MODELS IN THIS ARTICLE

A local transport group recently held demonstrations outside the Land Transportation and Regulatory Board (LTFRB) to protest Grab, Uber and other Transportation Network Company (TNC) operations in the country.

According to a report by GMA News Online, transport group Drivers Unite for Mass Progress and Equal Rights (DUMPER) decried the decline in profits for regular taxi driver caused by the presence of TNC operations. The claim was made by the group's vice president Gerry Donesa, who also added that Grab and Uber vehicles contribute to Manila's horrendous traffic flow.

Regarding the issue, LTFRB board member Aileen Lizada says the agency has already put regulations in place for TNC operators. She added that it is awaiting updates from Congress on how to further regulate the technology. "Yun ang hinihintay namin, na lumabas na hopefully ang Congress ng kanilang version on how to regulate this new kind of technology. So 'yung ginagawa ng LTFRB is we are putting in measures para hindi lumobo 'yung number ng Grab and Uber."

Frankly, if regular taxi operators could improve the quality of their services, we wouldn't be having this problem. DUMPER can start by replacing some of their cabs with ones that, well, aren't dumps. Or, you know, they could stop dumping passengers when the state of traffic doesn't suit them. 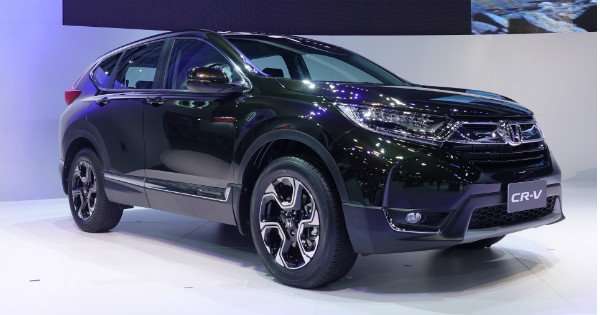 20 images: A close look at the all-new Honda CR-V and Civic hatch
View other articles about:
Read the Story →
This article originally appeared on Topgear.com. Minor edits have been made by the TopGear.com.ph editors.
Share:
Retake this Poll
Quiz Results
Share:
Take this Quiz Again
TGP Rating:
/20