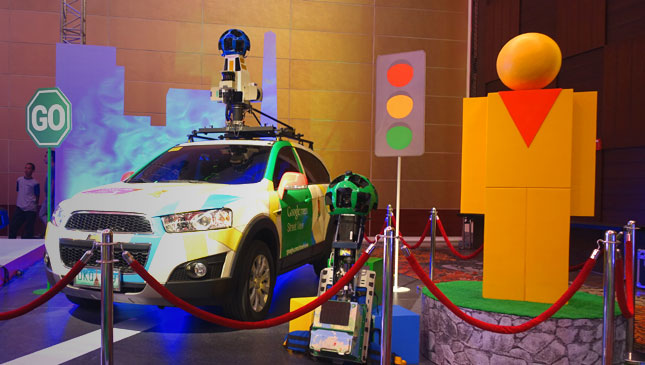 Meet the Pegman, the yellow statue beside the Google Street View car in the photo above. He's a Google Maps guide. Drag him somewhere in Manila on the search engine's map and he can give you a glimpse of how that place looks like. Thanks to Google Philippines' efforts and its collaboration with the Department of Tourism, panoramic and Street View imagery of the Philippines are now available on the digital map.

Over 30 areas and tourist destinations in the Philippines now have these 360-degree street-level panoramic views. To demonstrate what the Pegman can do, Google Philippines invited the Pacman--as in Manny Pacquiao--to give select members of the media a virtual tour of his hometown of Sarangani.

In case you missed our broadcast this afternoon: Manny Pacquiao joined Google at launch of Street View imagery in PH pic.twitter.com/lgwAOS2rMS

"Who wants to visit Sarangani?" he asked the crowd. When nobody in the audience wanted to be left behind, the boxing champ jokingly said: "I might need a rematch with Mayweather to buy plane tickets to bring you to Sarangani."

Through the Google Maps Street View, Pacman showed us the sights of Sarangani without us having to leave the Marriott Grand Ballroom. In our comfortable seats, we got the chance to see where Pacquiao used to sell pandesal. The facade of the gym where he used to train was also flashed on the screen. We still remember the vivid images of his farm's gates, so we'd know where to go should we finally book plane tickets.

This new feature of Google Maps should be useful for motorists who still get lost even when aided by a physical map. There are simply people who can't seem to locate a 20-story building even after noting down the street number and the street name. Thankfully, Street View can now provide them with 3D images of their destination.

The only downside is that this thing still doesn't provide real-time traffic information.

Google is conscious of the local laws in which it operates, so it has taken into consideration the privacy issues that the 3D images may pose. Morales clarified that only pictures of public areas are included. Thanks to its blurring technology and image-removal applications, plate numbers and faces are redacted. Should you find your house, home or family member included in a snapshot, you may even request for them to be taken out.

And because not every public area can be explored on wheels, the Trekker--the backpack version of the Google Street View car--has collected images from the following must-see places in the Philippines:

So, which part of the country would you like to see today? 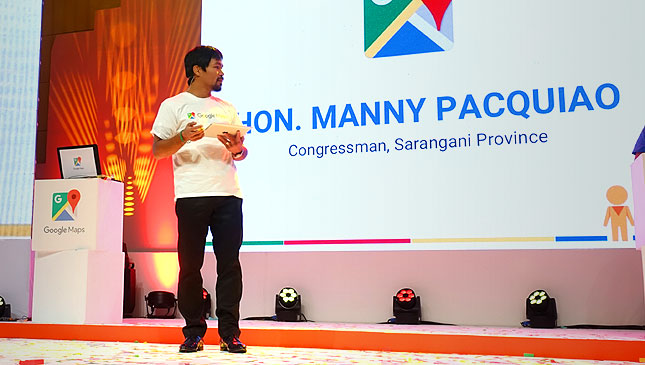 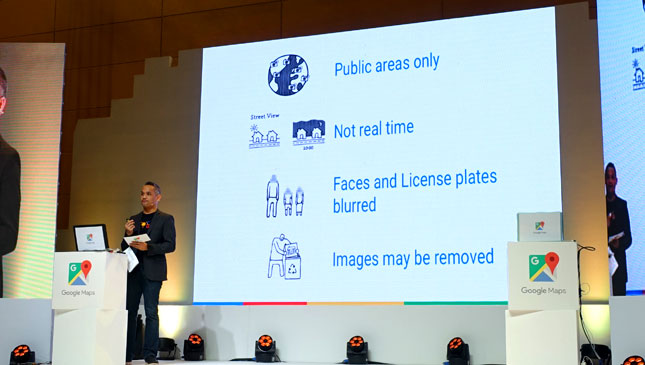 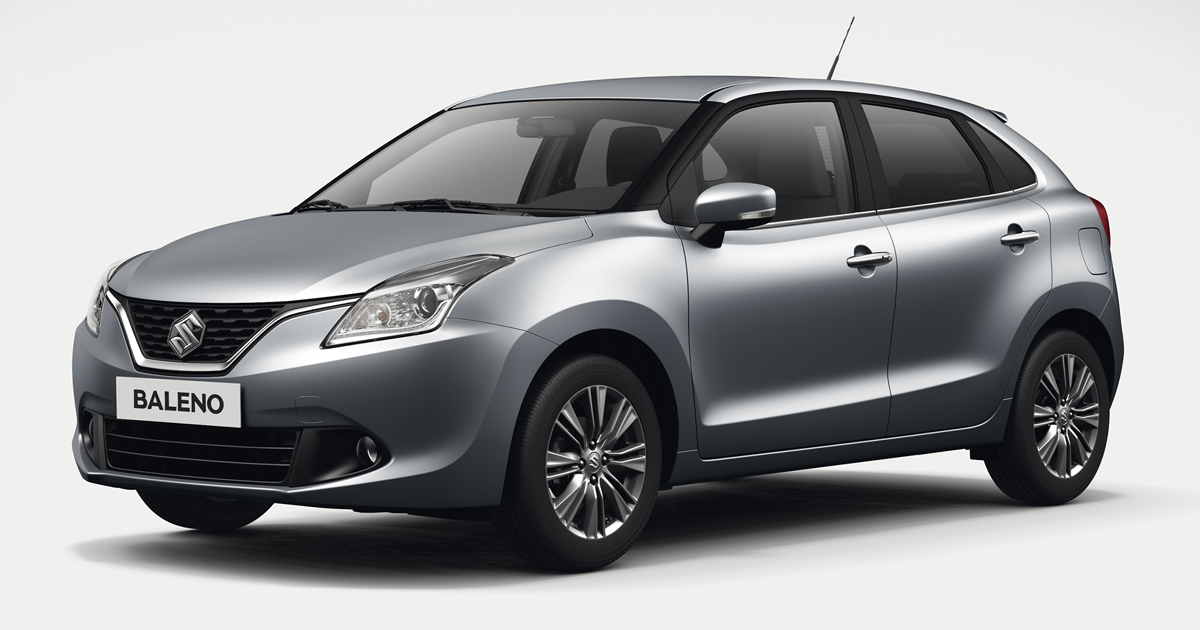 Is the Swift too small for you? Suzuki reveals new Baleno compact hatchback
View other articles about:
Recommended Videos
Read the Story →
This article originally appeared on Topgear.com. Minor edits have been made by the TopGear.com.ph editors.
Share:
Retake this Poll
Quiz Results
Share:
Take this Quiz Again
TGP Rating:
/20