Has anyone else here tried a P2P bus service? If not, we think you should give one a shot: It’s clean and convenient, and a new route is added every couple of weeks. The latest one is from Century City in Makati City to Alabang Town Center (ATC) in Muntinlupa City.

The route, covered by RRCG Transport buses, was launched earlier today in Makati. The service will be available from Monday to Friday, with buses leaving for ATC at 7am and buses leaving for Makati City at 6PM. The one-way fare is set at P100. Sounds pricey at first, but considering the distance and how much more expensive ride-hailing is these days, it’s a pretty good deal.

Besides this, Metro Express P2P buses are also scheduled to begin trips from Bonifacio Global City to Century City within November. The fare for this service is estimated to be P55, though this rate doesn’t appear final yet.

“We are one with the P2P Alliance’s advocacy of providing convenience to our residents, tenants, and visitors at Century City by encouraging more car users to shift to taking quality yet environment-friendly mass transport, ” says Century City general manager Joseph Bryan Celestina.

He added: “Century Properties and the Century City Estate Association are honored to be working with RRCG and Metro Express, as well as the local government and national government agencies for this program. We look forward to hosting more P2P services soon in Century City from other destinations.”

Century City is just a stone’s throw away from Poblacion, one of Makati City’s busiest nightlife destinations. If you’re looking to avoid a ridiculous fare or a cramped jeepney during your next Friday night out, this new P2p service should be worth a try. 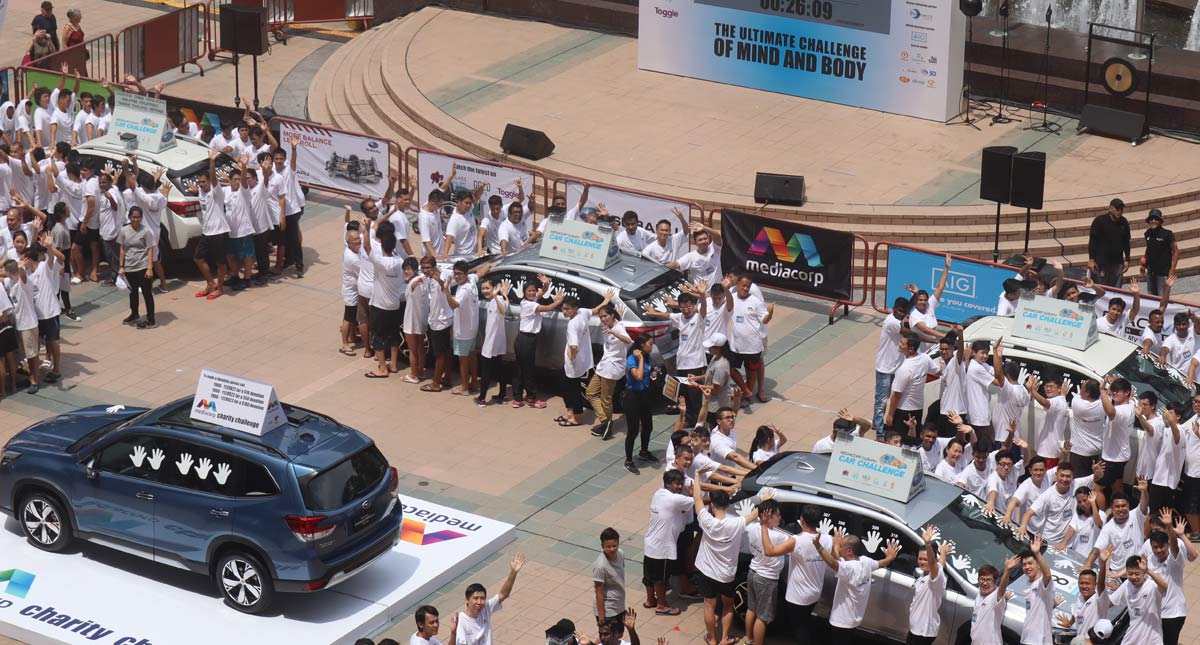 Mom stands still for 75 hours to win 2018 Subaru Palm Challenge
View other articles about:
Read the Story →
This article originally appeared on Topgear.com. Minor edits have been made by the TopGear.com.ph editors.
Share:
Retake this Poll
Quiz Results
Share:
Take this Quiz Again
TGP Rating:
/20