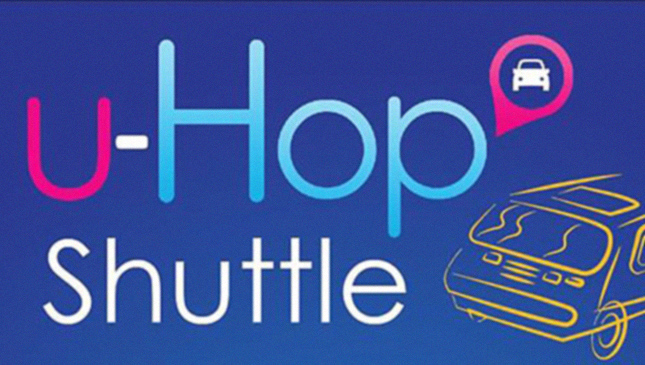 A few days ago, we published a story about u-Hop, a promising new concept that aims to offer commuters a more convenient mass-transport alternative in the form of premium shuttles. Well, if any of you guys are looking forward to taking a u-Hop shuttle to work, you're going to have to wait a little longer.

Apparently, u-Hop's current status is still pretty much up in the air after the Land Transportation Franchising and Regulatory Board "respectfully recommended" to DOTC chief Joseph Abaya a further review of the service, as well as the formulation of a new policy with which to regulate TNCs looking to operate under a shuttle service model.

It seems that one of the main issues raised by the LTFRB board members is the assignment of service operators under certain service areas inside Metro Manila, which according to them is tantamount to assigning a fixed route--something prohibited under Transportation Network Vehicle Services.

The LTFRB went to Twitter to announce that u-Hop had been denied of its accreditation. But then u-Hop claimed that the tweet was misleading, and announced that they would be filing a lawsuit against the LTFRB, citing possible criminal and administrative complaints. Below is the tweet from the LTFRB: 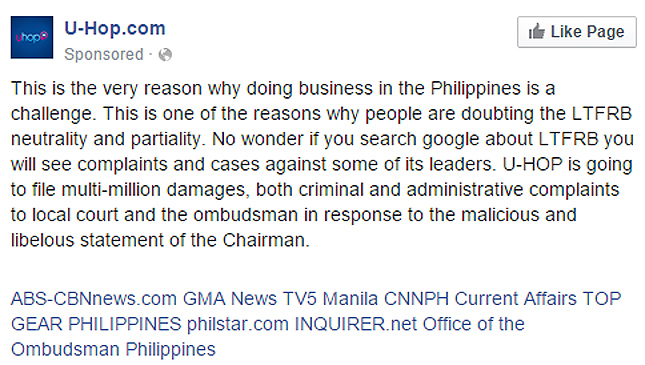 We also received an e-mail from u-Hop, describing the process it had gone through to try and obtain its accreditation. We have yet to confirm the accuracy of the information they provided. Below is the alleged timeline of events, according to said e-mail (in italics):

Yikes. It looks like things are beginning to get ugly. But if the DOTC and the LTFRB stay true to the memorandum, a new policy for TNC shuttle services could already be in the works, which means we might still see u-Hop ferrying passengers in the near future. 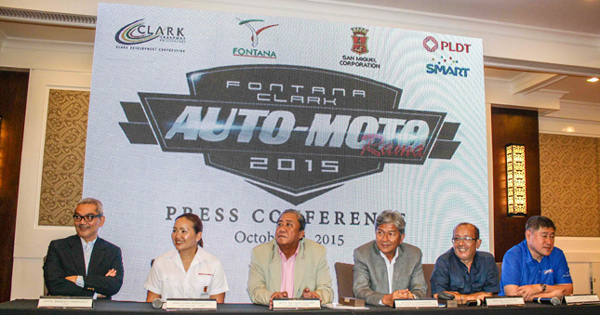 Paul Walker's foundation to help mount car event in Clark for a worthy cause
View other articles about:
Recommended Videos
Read the Story →
This article originally appeared on Topgear.com. Minor edits have been made by the TopGear.com.ph editors.
Share:
Retake this Poll
Quiz Results
Share:
Take this Quiz Again
TGP Rating:
/20