SWS: 72% of non-home-based workers find it harder to commute amid pandemic

If you’re part of commuter groups on social media platforms like Facebook, then you might be familiar with the constant struggle of catching public transportation throughout this pandemic. The sheer lack of options  has simply made it harder for commuters over the past year. 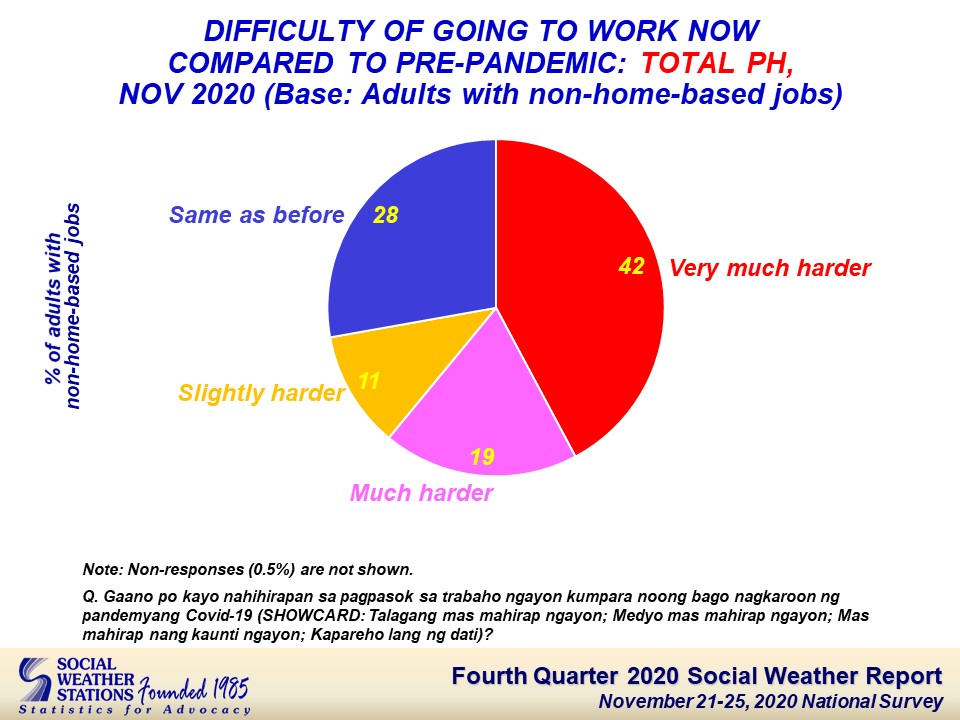 Don’t take our word for it, though. According to the latest Social Weather Stations (SWS) survey, 42% of non-home-based working Filipinos find commuting “very much harder” than before the pandemic hit. Meanwhile, 19% found it “much harder,” 11% said it was “slightly harder,” and 28% said it was “same as before.” 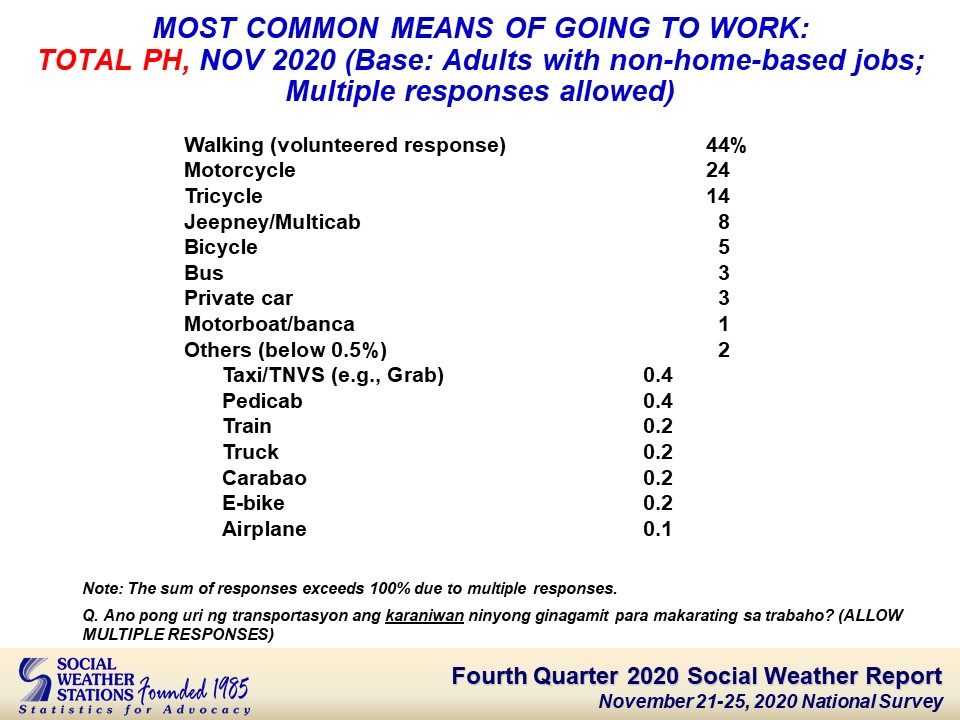 Among the respondents, the most common mode of transportation to get to work is walking (44%), followed by motorcycles (24%), tricycles (14%, and jeepneys/multi-cabs (8%). Only 5% used bicycles, 3% rode buses, and 3% used their own cars. Taxis/TNVS accounted for a mere 0.4%. For additional context, the majority of those who said commuting is now more difficult than before currently walk to work. 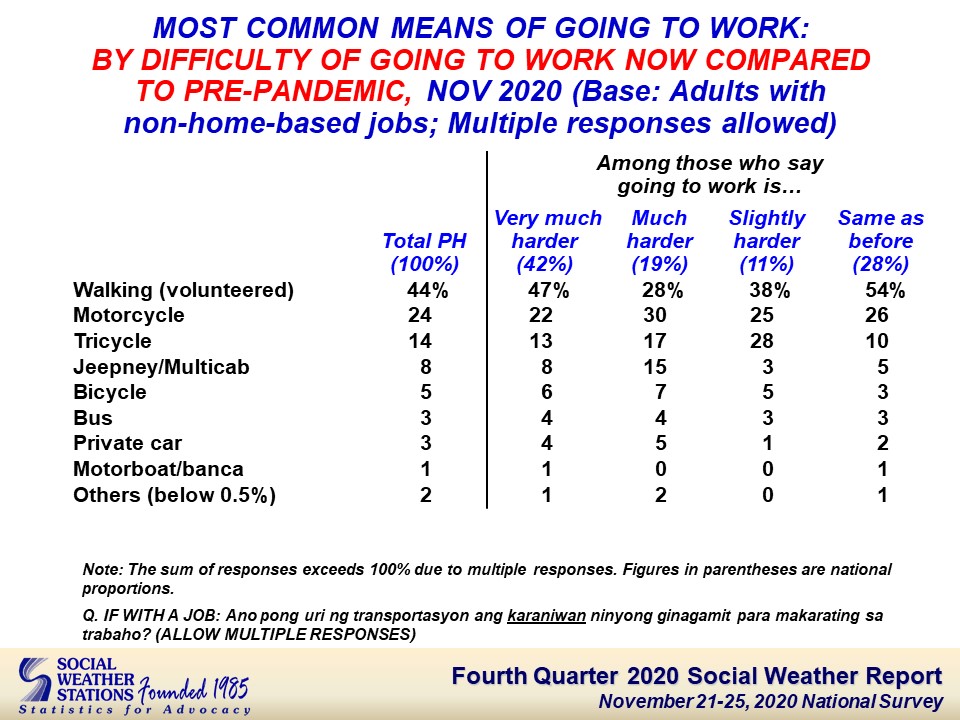 Looking at Metro Manila specifically, the figures change a bit—25% of respondents took jeepneys/multi-cabs, 21% walked to work, 20% rode motorcycles, 14% rode the bus, and 11% rode bicycles. Private cars are still the least-used among all options at just 5%. 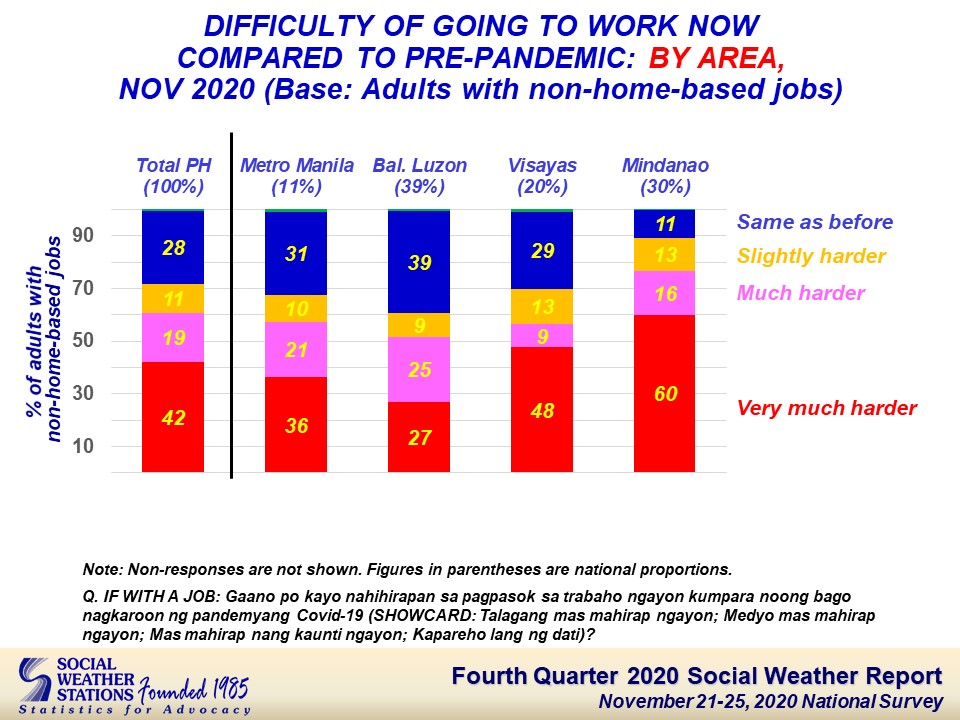 Across the country, it has generally become more difficult to get to work, but the negative impacts are much more apparent in Visayas and Mindanao. In those regions, 48% and 60% of the total respondents said it is “very much harder” compared to 36% in Metro Manila and 27% in Balance Luzon.

The survey results also showed more people in rural areas opted to walk to work (55%) than compared to those in urban areas (31%). In both settings, motorcycles and tricycles remain the second and third options, respectively.

The survey was conducted from November 21 to 25, 2020, using face-to-face interviews of 1,500 adults (aged 18 years old and above), 600 of which were from Balance Luzon, and 300 each from Metro Manila, Visayas, and Mindanao. About 82% of the respondents had non-home-based jobs, while the remaining 18% were working from home.

Any readers here who still commute to work these days? Feel free to tell us about your experiences in the comments section. 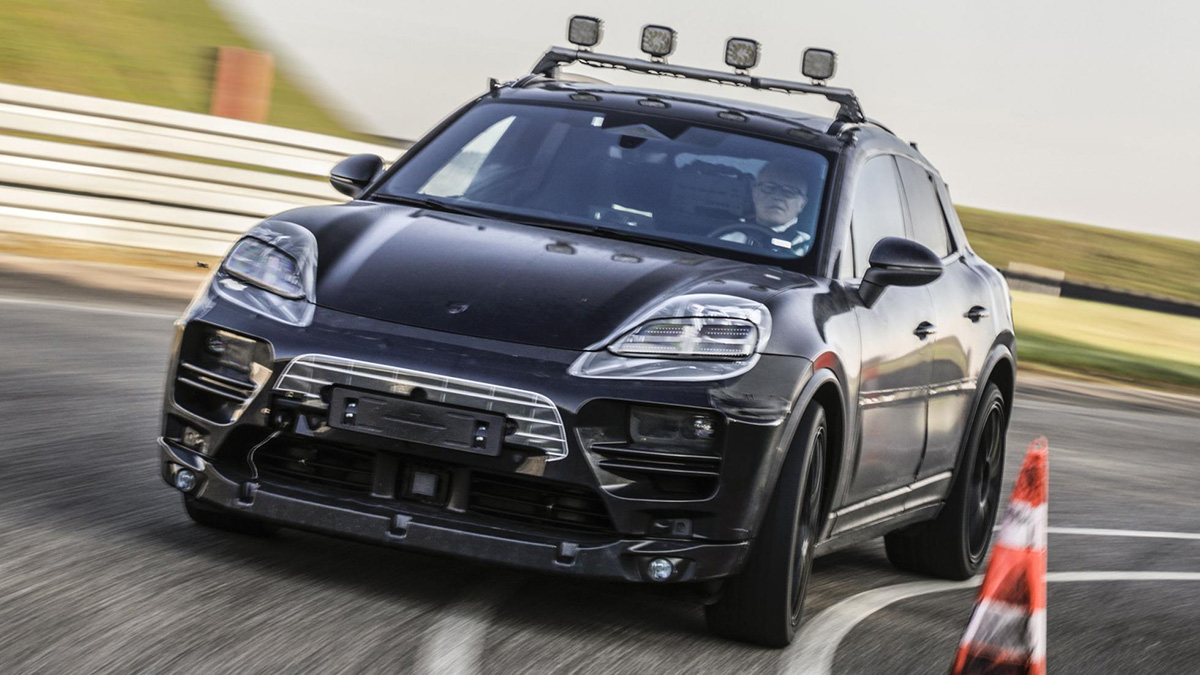 An all-electric Porsche Macan is already in the works
View other articles about:
Read the Story →
This article originally appeared on Topgear.com. Minor edits have been made by the TopGear.com.ph editors.
Share:
Retake this Poll
Quiz Results
Share:
Take this Quiz Again
TGP Rating:
/20