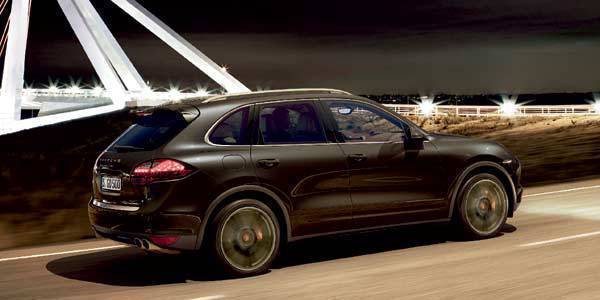 PGA Cars, distributor of Porsche vehicles in the Philippines, has launched the new Porsche Cayenne in the local market.

Motorists looking for a luxurious sport-utility vehicle can choose between two variants--the Cayenne with the 3.6-liter V6 engine and the Cayenne Turbo packed with a 4.8-liter biturbo V8 powerplant.

The Porsche Cayenne 3.6L comes with a six-speed manual gearbox and an optional eight-speed Tiptronic S. It can drive up to 100kph in 7.5 seconds and reach a top speed of 230kph.

Despite its power and speed, Porsche said the Cayenne burns 11.2 liters of fuel for every 100 kilometers it travels.

"This significant reduction of fuel consumption throughout the entire range of Cayenne models results, among other things, from the introduction of Porsche's new eight-speed Tiptronic S automatic transmission complete with Auto Start Stop and an even wider range of gear increments," Porsche said in a statement.

PGA Cars did not disclose the actual price of the Cayenne but said it will not be far from the price of the previous-generation of the SUV.

Toyota promo: Big savings for Fortuner, Vios and Innova buyers
View other articles about:
Read the Story →
This article originally appeared on Topgear.com. Minor edits have been made by the TopGear.com.ph editors.
Share:
Retake this Poll
Quiz Results
Share:
Take this Quiz Again
TGP Rating:
/20