Finally, the new Toyota Vios was unveiled by the Japanese automaker at the Bangkok International Motor Show today amid an expectant crowd. This is the third-generation model to carry the "Vios" name, the first two being the Soluna Vios in 2002 and the Vios in 2007. But Toyota considers this the fourth-generation model of the popular subcompact sedan, taking into account the Soluna passenger car launched in 1997. The Soluna represented the first successful product of the collaboration between Toyota's Japanese and Thai engineers.

Today, the Soluna's direct descendant is the best-selling car in many markets. Toyota's manufacturing facility in Thailand will export the new Vios to 80 countries around the world, with a production target of 45,000 units for this year.

"Developed under the concept of 'Value Beyond Belief', the new Vios aims to deliver a world-class quality vehicle that will exceed customer needs and expectations," said Toyota Motor Thailand president Kyoichi Tanada in a press statement. "We are confident that the new Vios will play a significant role as a powerful stimulus to Toyota's sales this year, and become a market leader in the Thai passenger-car segment."

Actually, this new Vios is expected by many to be a market leader even outside Thailand, particularly here in the Philippines, where the current model sells anywhere from 1,000 to 1,200 units a month.

While the biggest and most obvious change in the new Vios is the exterior styling, the 1.5-liter 1NZ-FE DOHC 16-valve VVT-i gasoline engine has been carried over--still rated at 107hp and 142Nm, and still mated to either a five-speed manual transmission or a four-speed automatic gearbox. Turns out this isn't an "all-new" model, after all. The press release for the Thai-market Vios doesn't make mention of a smaller 1.3-liter engine option (which powers lower-end Vios variants in our market).

There will be six variants of the new Vios to choose from in the Thai market:

Among the main features of the new Vios are:

* Projector headlights for the S variant;

* Stitched leather and piano-black accents inside the S variant;

* Multi-information display for the S and G variants;

* Air-conditioning system with LCD screen for the S and G variants;

So, do you think the new Vios's cosmetic makeover is enough to continue winning the hearts of first-time car buyers? Your comments are most welcome. 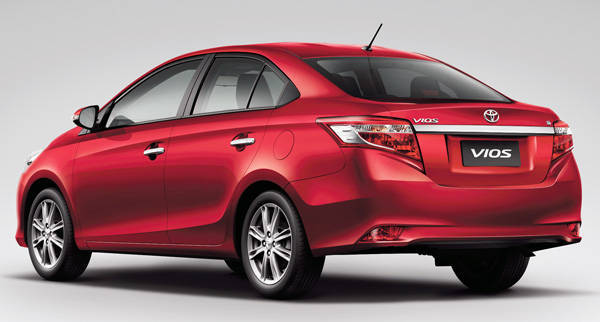 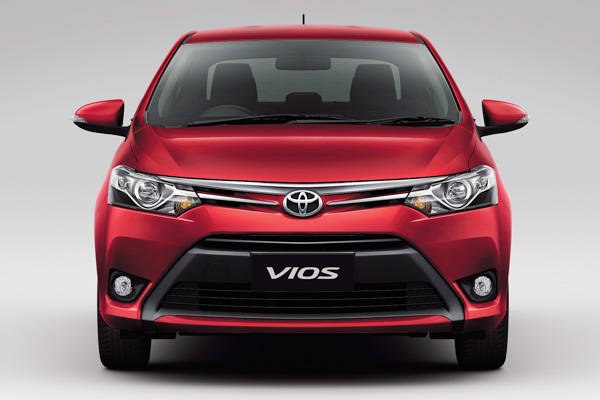 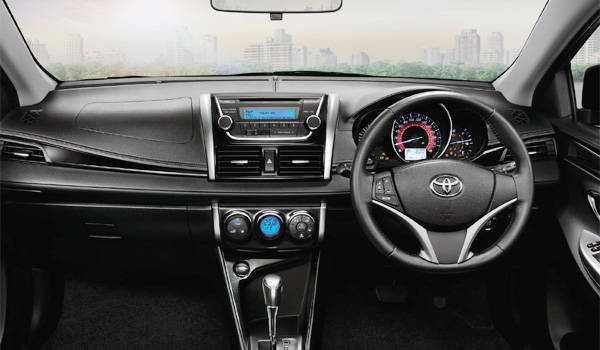 Ford presents EcoSport at Bangkok Motor Show, is mum on pricing
View other articles about:
Recommended Videos
Read the Story →
This article originally appeared on Topgear.com. Minor edits have been made by the TopGear.com.ph editors.
Share:
Retake this Poll
Quiz Results
Share:
Take this Quiz Again
TGP Rating:
/20