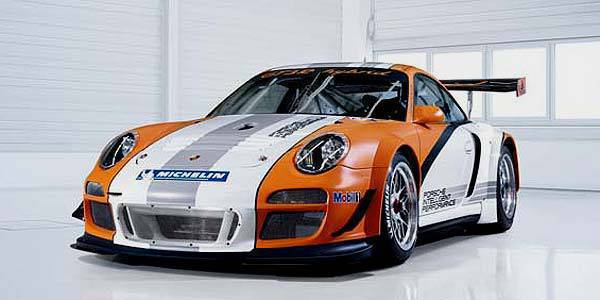 Speed junkies and environmentalists will have something in common to love at the 2010 Geneva Motor Show: the Porsche 911 GT3 R Hybrid developed by Porsche and Williams Hybrid Power Ltd.

The Porsche 911 GT3 R comes with an energy storage system originally developed for Williams F1 but Williams Hybrid Power has also focused on using the technology for road-going vehicles.

"We are delighted to see our technology being adopted by one of the world's leading engineering companies and most prestigious automotive manufacturers in one of their racing cars. Partnering with Porsche on this project has been a very positive experience and we are grateful to them for choosing to work with us," said Ian Foley, Williams Hybrid Power managing director.

"We hope that this will be just the start of the evolution of hybrid systems developed for Formula One moving across to applications where they can contribute to cleaner and more powerful vehicles," Burns said.

Besides utilizing a 480hp four-liter flat-six petrol engine, the Porsche 911 GT3 R Hybrid will also be powered by two electric motor, each churning out 80hp.

The most significant development, however, is that unlike regular hybrid cars which use batteries to power the electric motors, the GT3 R Hybrid will use an electrical flywheel power generator, much like the KERS (kinetic energy recovery system) used in Williams F1's FW31 last season.

After its debut at the Geneva International Motor Show, the Porsche 911 GT3 R Hybrid will be tested in long-distance races. First on the hybrid's appointment list is the 24 Hours on the Nordschleife of Nürburgring on May 15 to 16.

According to Porsche, the GT3 ER Hybrid's participation in the race is not to win but to serve "as a spearhead in technology and a 'racing laboratory' providing know-how on the subsequent use of hybrid technology in road-going sports cars."

Toyota Philippines to offer home service for Prius repair
View other articles about:
Read the Story →
This article originally appeared on Topgear.com. Minor edits have been made by the TopGear.com.ph editors.
Share:
Retake this Poll
Quiz Results
Share:
Take this Quiz Again
TGP Rating:
/20