With a choice of three engines
Aug 12, 2012
CAR BRANDS IN THIS ARTICLE 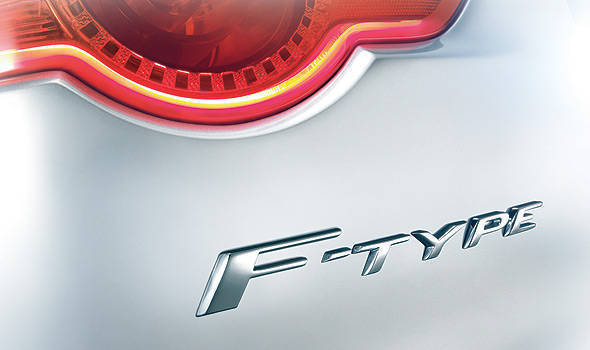 Four months after Jaguar revealed that it was developing an aluminum two-seater sports car in the F-Type, the British carmaker has announced that its production version will make its global debut at the 2012 Paris Motor Show this September.

"The unveiling of the F-Type in Paris will be a truly significant day in Jaguar's history as it will mark the company's return to the sports car market, a market it originally helped to create," said Adrian Hallmark, global brand director of Jaguar Cars. "As its sporting forebears did in their era, the F-Type will break new ground by delivering stunning sports-car performance while vividly demonstrating Jaguar's cutting-edge engineering technologies and world-class design excellence. The next step in Jaguar's sporting bloodline is about to become reality."

Strictly available as a convertible at launch, the F-Type will be offered with a choice of three gasoline engines: a 335hp and 375hp versions of Jaguar's all-new, 3.0-liter supercharged V6, and a new derivative of its existing supercharged 5.0-liter V8. All three variants will come equipped with engine start/stop technology, with the power driven to the rear wheels via an eight-speed transmission.

According to Jaguar, more than half-a-million separate F-Type design analyses were carried out by the carmaker virtually, comprising 10 million CPU hours of processing and creating more than 300TB of data. The carmaker added that, had that same amount of initial design analysis been completed on physical cars, the number of F-Type prototypes "would have filled the majority of the UK's motorway network bumper-to-bumper."

"When you are working on a Jaguar sports car, the expectations of the world are huge," said Jaguar vehicle line director Ian Hoban. "We're really pleased with how the attributes have translated from the virtual simulation work we've done into the physical world. Now, we’re refining and adding those last few percentage points--that true element of honing which the Jaguar test team is delivering--which will turn a great sports car into an exceptional one."

Suzuki to reveal crossover concept car at Paris Motor Show
View other articles about:
Read the Story →
This article originally appeared on Topgear.com. Minor edits have been made by the TopGear.com.ph editors.
Share:
Retake this Poll
Quiz Results
Share:
Take this Quiz Again
TGP Rating:
/20