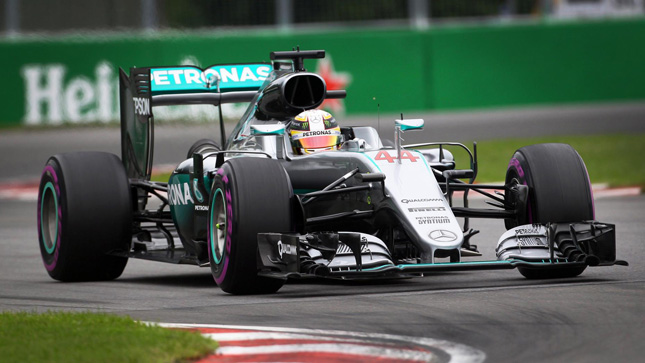 Mercedes dominated again, but Ferrari almost clinched the Canadian Grand Prix victory. And it seems like the other teams are catching up. Here are the highlights from this past weekend.

1. Lewis Hamilton won his fifth Canadian GP. The world champion qualified in pole position on Saturday, but victory looked in doubt just seconds into the race as Sebastian Vettel stormed into the lead at the start. However, Ferrari decided to put the German on a two-stop strategy during a Virtual Safety Car period, handing the advantage back to Hamilton, who managed a 45-lap stint on soft tires to take the checkered flag. The British driver was 43 points behind his teammate in the drivers' standings heading into Monaco a fortnight ago; that gap is now down to just nine points with two-thirds of the season left to race. "Float like a butterfly, sting like a bee," said Lewis of his victory lap, dedicating the win to the late boxing legend Muhammad Ali.

2. Hamilton and Nico Rosberg collided again. The Merc drivers’ relationship had been severely tested in the previous two races--first in Spain, when they crashed into each other, and second in Monaco, when a below-par Rosberg was forced to let his teammate through. And the two rivals made contact once again in Montreal, coming together seconds after lights-out with a touch of wheels forcing Rosberg off the circuit as Hamilton held on to second place. The incident left Rosberg down in 10th, and a fightback through the traffic meant that the 30-year-old could only take 10 points away from Canada. No prizes for guessing the main topic of Mercedes's post-race debrief. 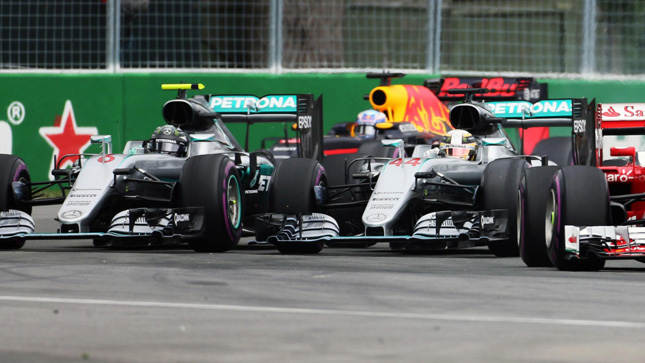 3. Ferrari's strategy cost Sebastian Vettel the victory. The German driver was in control of the race after his scintillating getaway from third on the grid, but once again a decision from the pit wall cost him a place on the top step of the podium. With the field lapping slowly under Virtual Safety Car conditions, Ferrari appeared to have pulled off a masterstroke by bringing Vettel in on Lap 11. They had hoped to capitalize on everyone else’s reduced pace, but the restrictions were lifted while he was still in the pit lane. This meant that any advantage he could have gained never materialized, and ultimately he had to settle for second. How much longer before Ferrari can put together a faultless weekend? 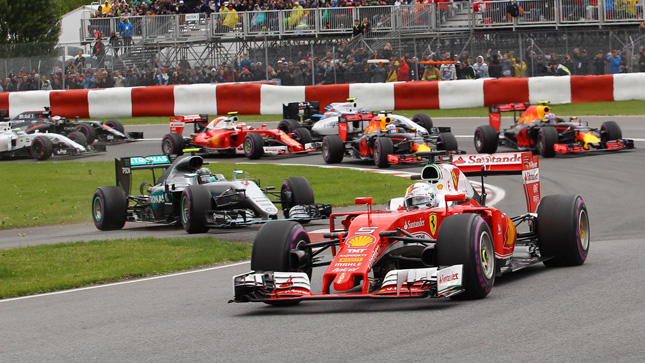 4. Valtteri Bottas got a timely podium for Williams. Williams hasn’t had much to cheer about in 2016, despite going into the race in Canada as the only team to have scored points with both cars so far this season. Although that run came to an end--Felipe Massa retired from the race on Lap 37--there was cause to celebrate as Bottas secured a much-needed third for the Grove outfit. Circuit Gilles Villeneuve has previously been a happy hunting ground for the Finn, and so it proved once again as he made the most of his car’s terrific straight-line speed to keep Red Bull off the podium. Williams is now fourth in the constructors' standings with sizable gaps between its rivals in third and fifth. The odds of it being any higher or lower come November are looking incredibly low. 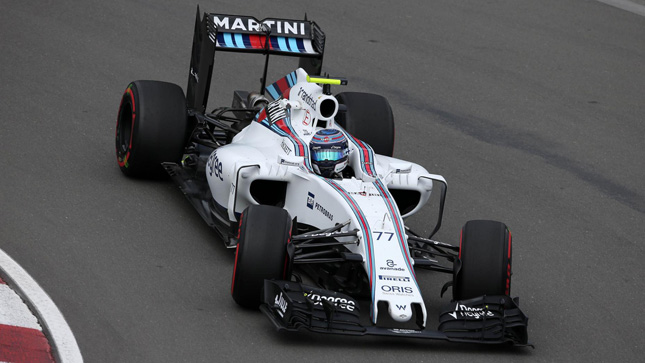 5. Red Bull told Max Verstappen to let Daniel Ricciardo through. The latter had been left distraught by results in the last two grands prix after mistakes by his team cost him likely race wins in Barcelona and Monte Carlo. As such, Red Bull was under a lot of pressure to give him a solid weekend and a good haul of points in Canada, the site of his first-ever F1 win in 2014. With that in mind, the team made an early plea to Verstappen to let the Australian through after Ricciardo had fallen behind his teammate at the start, but the message fell on deaf ears as the Dutchman declined to yield. The teenager’s refusal to move aside meant Ricciardo emerged behind slower cars when he next pitted, eventually consigning him to a lowly seventh place. Tension must be brewing in the Red Bull garage. 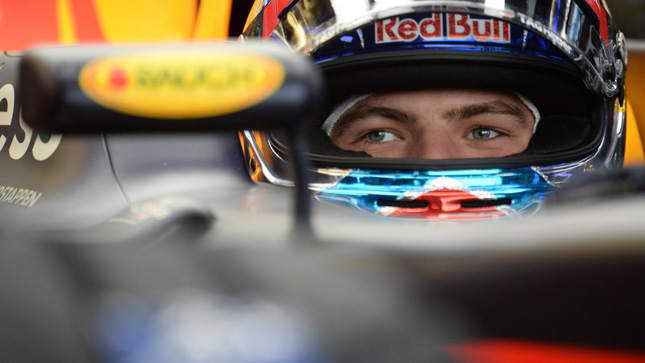 6. Carlos Sainz showed he remains a hot prospect. The weekend began badly for the Spaniard after a big hit with the infamous "Wall of Champions" ended his qualifying session on Saturday, but it got even worse as a gearbox penalty left him on the back row of the grid. However, Sainz wasn’t to be deterred, producing a consistent drive to claw himself back into ninth place come the end of the grand prix. Teammate Daniil Kvyat, meanwhile, could only manage 12th, and the Russian hasn’t yet beaten Sainz since they started racing together at the Spanish Grand Prix last month. 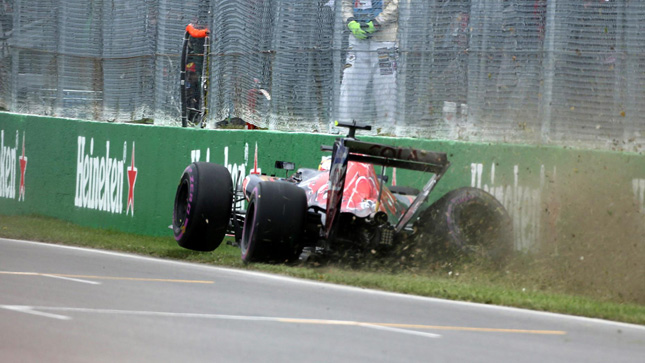 7. McLaren-Honda's engine still likes fire too much. Last year, McLaren was frustrated by the reliability (or lack thereof) of its Honda engine, as well as its horsepower deficit to others on the field. While 2016 has seen performance improve steadily, the power unit is still prone to the odd explosion, as Jenson Button found out during Sunday’s race. The 2009 world champion was forced to retire just 10 laps into the grand prix, with flames at the back of the MP4-31 suggesting that, as Jenson put it, the engine had gone. Fernando Alonso wants to compete for the title next year. The team’s fortunes are going to have to change massively to make that happen. 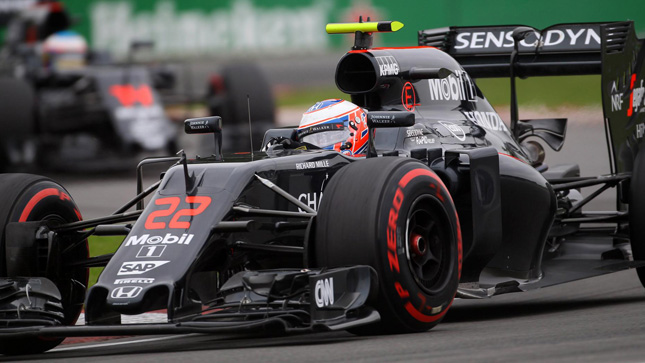 8. Team Haas has lost its form. The Americans made an amazing start to life in F1 as Romain Grosjean claimed sixth in Australia and fifth in Bahrain earlier in the year, but since then things have been far from straightforward. Esteban Gutierrez is yet to finish in the top 10 this season, while Force India appears to have discovered a competitive edge that was missing in the first few races of 2016, leapfrogging the US team in the process. Gutierrez and Grosjean finished 13th and 14th in Montreal, easily their least competitive showing since their debut in Melbourne. With less experience than their rivals, the real test begins now. 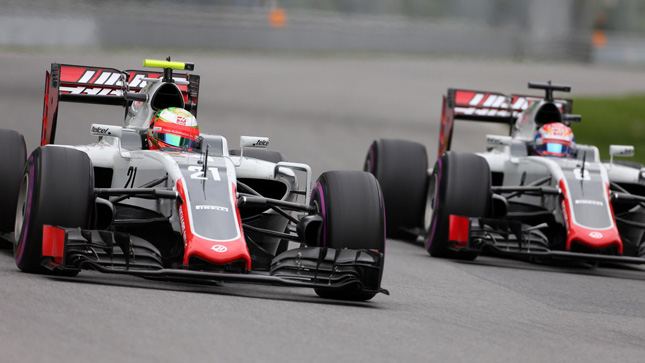 9. Fernando Alonso and Kimi Raikkonen entertained on the team radio. Rules introduced this season about what information teams can pass on to their drivers have limited a lot of chatter on the airwaves in recent races, but there’s still some humor to be found every so often. Raikkonen will need to top up his swear jar after uttering "What the **** is the Manor doing?" while struggling to guide his Ferrari past a backmarker en route to sixth place. Meanwhile, a frustrated Alonso caused a stir after asking his team "Can I stop now?" in the closing stages of the race. "No Fernando, we want to keep going," came the reply from his race engineer. "We want to make sure we get a point if something happens to other cars." If you want to finish first, first you have to finish. 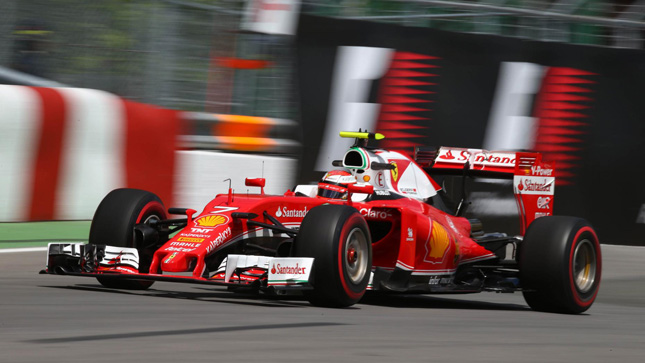 10. The top three teams are getting closer. Mercedes has dominated F1 since the start of the V6 hybrid era in 2014. However, there is evidence to suggest that Ferrari and Red Bull are now seriously closing the gap at the top. The three teams qualified within about seven-tenths of each other on Saturday, a remarkable fact given that good performance around the track in Canada is largely dependent on engine power. It’s a sign that recent upgrades for Ferrari and Red Bull have brought them closer to the front-runners than at any point in the last two years. With 14 grands prix still to go this season, don’t rule out a third driver disrupting Hamilton and Rosberg’s fight for the title. 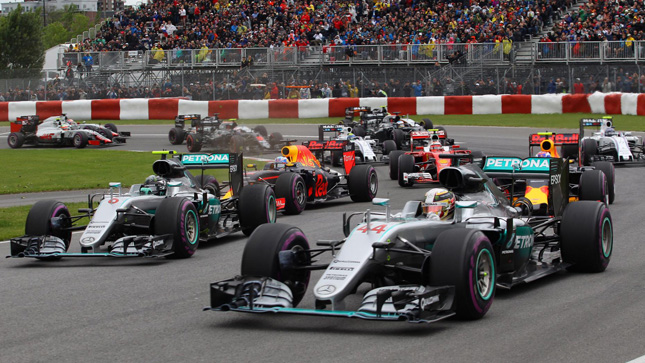 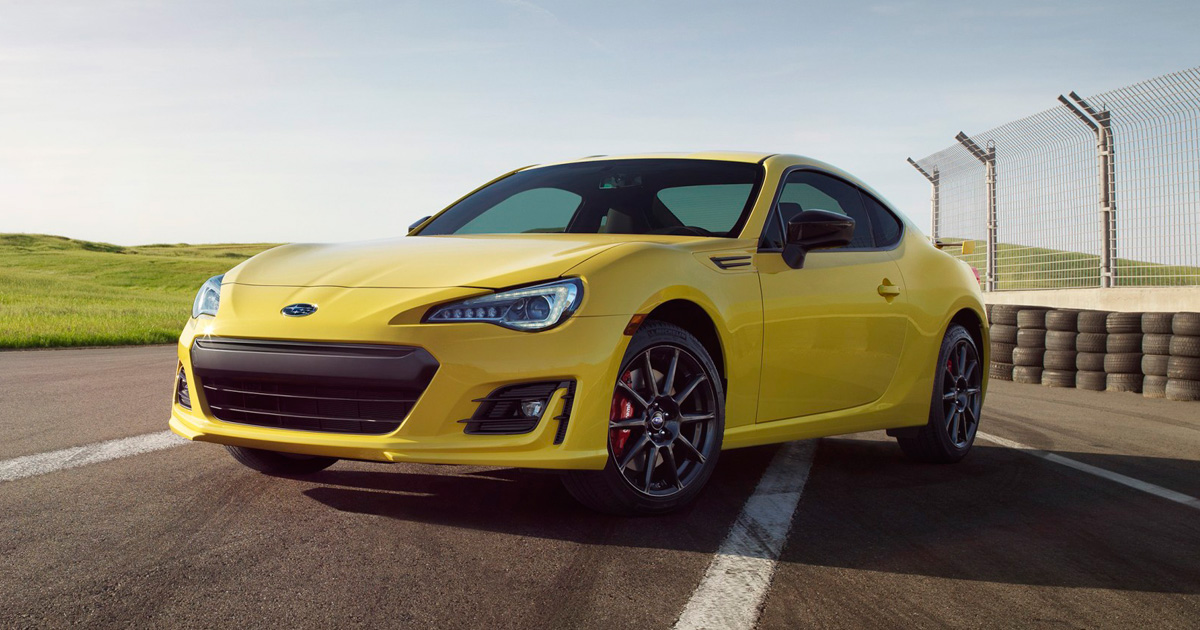 Subaru creates a yellow BRZ...and we want one
View other articles about:
Read the Story →
This article originally appeared on Topgear.com. Minor edits have been made by the TopGear.com.ph editors.
Share:
Retake this Poll
Quiz Results
Share:
Take this Quiz Again
TGP Rating:
/20