We're past the halfway point of the season
by Drei Laurel | Jun 16, 2017
CAR BRANDS IN THIS ARTICLE 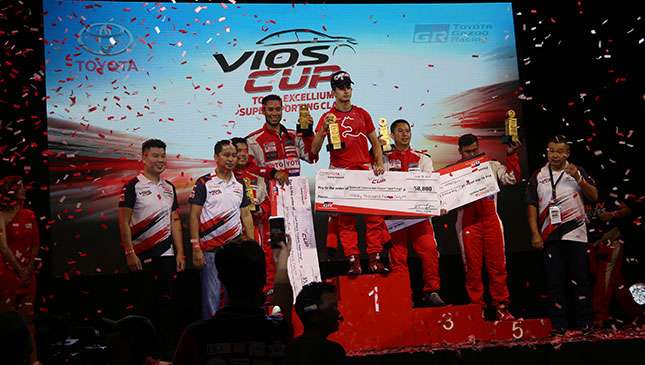 The 2017 Toyota Vios Cup is now officially at the halfway mark. Leg 2 came to a close over the recently concluded Independence Day weekend, and it looks like Daniel Miranda will be the racer to beat heading into the final half of the season.

Mirroring his Leg 1 results, Miranda placed first on the Super Sporting class podium in both races of Leg Two. The pair of victories builds further on what has so far been a standout performance for the young Vios Cup veteran. Former champion Andres Calma finished in second, while Gerard Loy placed third in Race 1. Meanwhile, Race 2 saw Gerard Loy and Ramon Tanjuatco in second and third place, respectively.

For Race 1 of the sporting class, Paul Agregado, Mark Sy, and Aira Medrano finished in first, second and third, respectively. One highlight from Leg 2 was Senator JV Ejercito driving off with his first-ever Vios Cup win in Race 2. He was followed by Tonton Ramos in second and Mark Sy in third.

Wet roads led to a couple of chaotic instances, but thankfully no serious incidents occurred. Noticeably absent from the competition though was 2016 Vios Cup champion Allan Uy. You can check out the full list of the winners from Leg 2, including those from the celebrity and promotional divisions, below:

Can Daniel Miranda keep up his sensational driving all the way up until season's end? Will Allan Uy return in dramatic fashion for the next leg? We'll find out soon enough. We'll keep you posted when Toyota Motor Philippines finalizes a date for Leg 3. See you there. 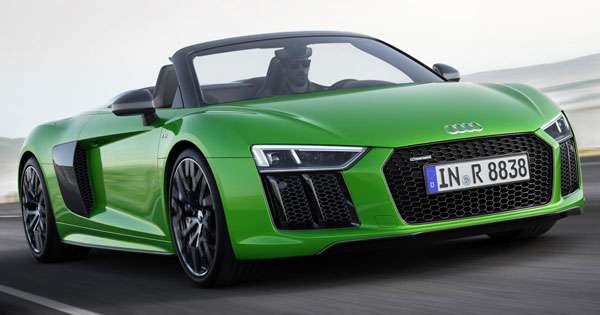 The Audi R8 Spyder now comes in V10 Plus spec
View other articles about:
Recommended Videos
Read the Story →
This article originally appeared on Topgear.com. Minor edits have been made by the TopGear.com.ph editors.
Share:
Retake this Poll
Quiz Results
Share:
Take this Quiz Again
TGP Rating:
/20