'I never expected that I will ever get to win first place'
by Jason Tulio | Jun 13, 2017
CAR BRANDS IN THIS ARTICLE 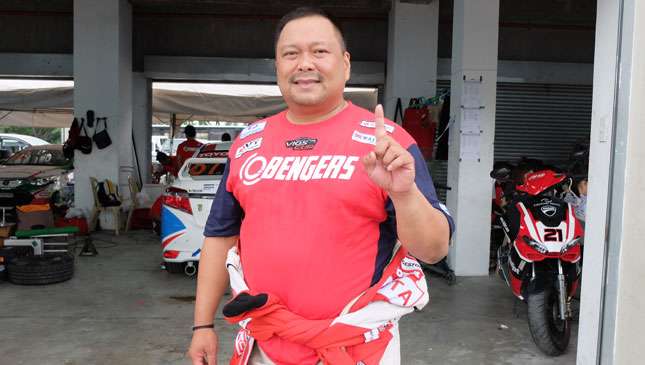 You win some, you lose some. It's a fact of life. Senator JV Ejercito has done a lot of the former throughout his life, going from San Juan mayor all the way to his current position in our government's upper house.

One victory that he didn't achieve for some time, however, was finishing first in a Vios Cup race. With a few seasons under his belt, he's finally done it. At this past weekend's leg at the Clark International Speedway, the racing politician took the top spot in the second race of the Sporting class.

When we asked what his victory felt like, the senator was elated. "Unbelievable, it's surreal," he says.

"I have to be honest, I never expected that I will ever get to win first place," he adds. "In fact, while I was driving, sabi ko 'Siguro it will be very hard na with the current crop, with the current lineup of drivers in the Sporting class.' Ang daming new drivers that are really good, that have experience already. I never thought that I will be able to win a podium [position] again."

This time around, some added prep time helped the senator to perform better. He explains: "Luckily [the Senate is] on break already. During the first race, I was only able to practice once because we were closing already the first regular session, we were rushing so many bills, so I didn't have time, really. Luckily this time around, we were on break two weeks ago, so I was able to practice twice. I think yun ang big factor in my victory."

For aspiring racers who have yet to finish first, the senator offers the following advice: "Just push hard, practice hard, and perfect those racing lines. Drive aggressively but defensively as well."

Have a look at Porsche's exclusive new golden road rocket
View other articles about:
Recommended Videos
Read the Story →
This article originally appeared on Topgear.com. Minor edits have been made by the TopGear.com.ph editors.
Share:
Retake this Poll
Quiz Results
Share:
Take this Quiz Again
TGP Rating:
/20