No blame for ski station, equipment maker in Schumacher accident

As determined by French investigators
by Sharleen Banzon | Feb 18, 2014
CAR MODELS IN THIS ARTICLE 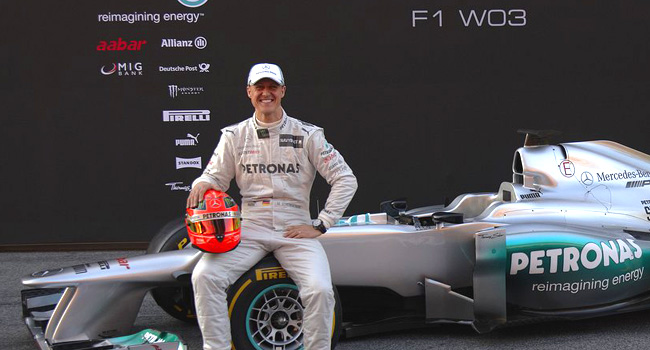 The probe into Michael Schumacher's December 29th skiing accident has ended, and the Meribel ski station where the incident took place has been cleared of any criminal wrongdoing. The maker of the seven-time Formula 1 champion's skiing equipment has likewise been absolved.

According to the statement released by French prosecutor Patrick Quincy, "The accident took place in an off-piste area. The signage, marking, staking and information provided about the edges of this slope adhere to French norms in place."

It transpired that the former Benetton, Ferrari and Mercedes F1 driver had gone off-piste--meaning onto an unmarked and unmaintained slope--by over 4m. The rock that caused his fall was 10.4m away from the rock on which he landed head first.

Schumacher underwent two brain surgeries (to reduce hematoma). He has been in a medically induced coma since the day of his accident, although it was announced at the end of January that he is now slowly being brought out of sedation. Apart from a statement released by his family last week, no further updates on his condition have been given.

"We are aware the wake-up phase can take a long time," the statement said. "The family continues to strongly believe in Michael's recovery and place all their trust in the doctors, nurses and nursing auxiliaries team. The important thing is not the speed of the recovery, but that Michael's healing process progresses in a continuous and controlled way."