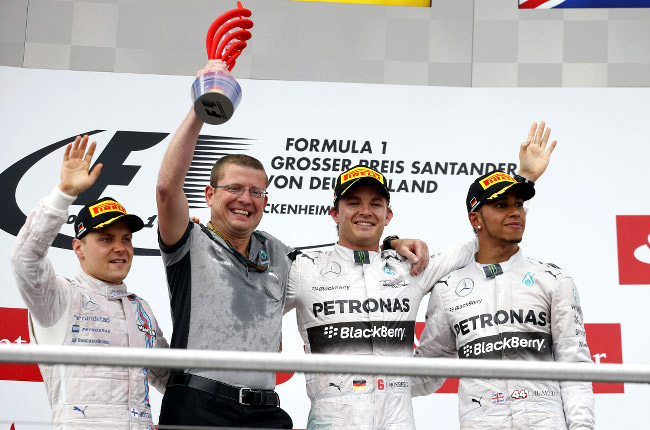 Ze Germans must be enjoying all their recent sporting successes, ja? Their World Cup victory just over a week ago was very much well-deserved, and we wouldn't begrudge them another Formula 1 drivers' championship, too, if that championship is clinched at the last possible moment, in the same way the German football team scored the winning goal against Argentina during extra time. It was a late escape from penalty shoot-outs.

In the F1 realm, 14 points currently separate the two Mercedes drivers at the top of the standings, with nine races left to run. That final race, remember, is worth double points. So, unless one Merc gets the lion's share of issues and incidents during the final half of the season, it's highly likely we'll see a proper title battle in Abu Dhabi. In the meantime, let's recap the racing action in Hockenheim.

Massa gets flipped out of the party again...
Literally, in this case: Off the line and into Turn 1, McLaren's Kevin Magnussen dived down the inside, and the contact sent the P3-starting Williams car into a cartwheel on the run-off area. That's yet another race-ending first-lap crash for the Brazilian this year.

...and he flips out for no good reason.
As quickly as his race ended, Massa wasted no time in blaming the Danish rookie for the collision, which the stewards eventually judged to be a racing incident. A fair call: It was within either driver's capacity to avoid the crash. Magnussen could've bailed out of the move, and Massa could've paid more attention to peripheral proceedings--instead of "concentrating on car 77 (Valtteri Bottas)," as stated in the stewards' official report.

The world champions give an overtaking masterclass...
For the most part, at least. Lewis Hamilton damaged his front wing against the side of Jenson Button's McLaren as they navigated the Turn 6 hairpin, but he did apologize to his former teammate for the less-than-graceful passing attempt.

That same hairpin was a happening place especially for Kimi Raikkonen, whose front wing received extensive design revisions there in the space of three laps. Hamilton was first to take bits of it during an overtaking maneuver. A couple of laps later, Sebastian Vettel and Fernando Alonso sandwiched Raikkonen throughout the Turn 6 braking zone. These three have seven world titles between them, and that greatly accounted for their safe passage through the corner despite going into it three abreast. Bits of front wing would not have been the only casualty had lesser drivers tried to do the same thing.

...from which the kiddies can learn a thing or two.
We're talking to you, little Daniil Kvyat. There's no way you could've stopped your Toro Rosso from bursting into flames, but that little mishap with Sergio Perez was rushed and uncalled for.

One Finn goes backward...
That would be Raikkonen, who failed to qualify in the top 10 yet again. It only got worse for him after his Turn 6 adventures. The massive understeer on his Ferrari was apparent from the onboard video feeds: Kimi tried clipping apices, but the Prancing Horse kept its nose resolutely pointed elsewhere--perhaps toward Budapest, next weekend's GP venue.

...as another Finn enjoys an upsurge.
Valtteri Bottas took his third podium on the trot by fending off Hamilton on severely worn tires. Potential world champion? His employers at Williams think so. Our slightly less enthusiastic assessment is that he's on course to take his first win this year if his car's current form holds up.

A good day overall for the German drivers...

Three out of four drivers in the points is a pretty solid showing on home soil. Nico Rosberg tops the championship table, and a certain seven-time champion is reportedly on the mend (#keepfightingMichael).

Adrian Sutil spun his Sauber and brought it to a halt on the main straight, but the incident didn't bring out the safety car as many had expected. Instead, race director Charlie Whiting thought to rely on German efficiency to retrieve the stricken car--except the Sauber was parked at a rather precarious spot, and the German marshals appeared to have drawn lots first to determine who would embark on the dangerous mission. Can you blame them?

Post-race, Lewis questioned the decision not to bring out the safety car, and just managed to stop himself from making further insinuations. Conspiracy theorists would do well to follow his example.

Come-backers finish strongly...
Twentieth to third for Lewis, and 15th (which was where he ended up after swerving off the track to avoid the Massa-Magnussen melee) to sixth for Daniel Ricciardo. And the manner they went about it was spectacular, edge-of-your-seat stuff--especially Ricciardo's late tussles with Alonso.

...but the polesitter remains king.
While Nico Rosberg was extremely lucky not to have his lead nullified by a safety car, he had capitalized on his teammate's Saturday qualifying crash to claim a relatively easy pole position. He then kept his nose clean the entire race to take maximum points and extend his championship lead. It's not spectacular to watch, but as many champions have shown in the past, it's the most effective way to take the title. 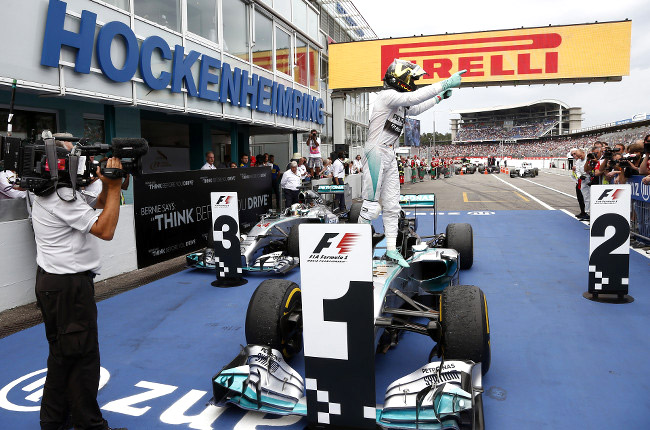 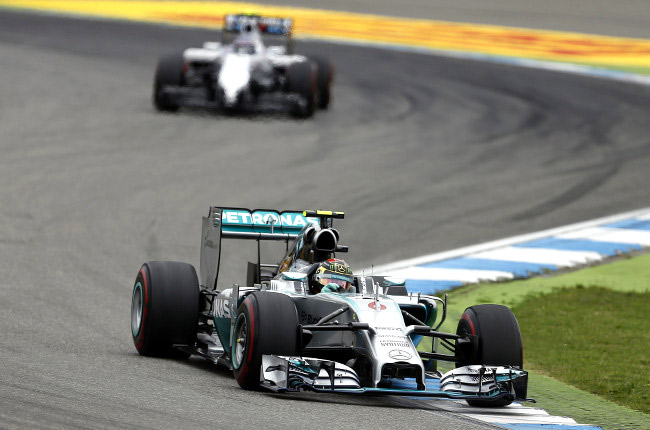 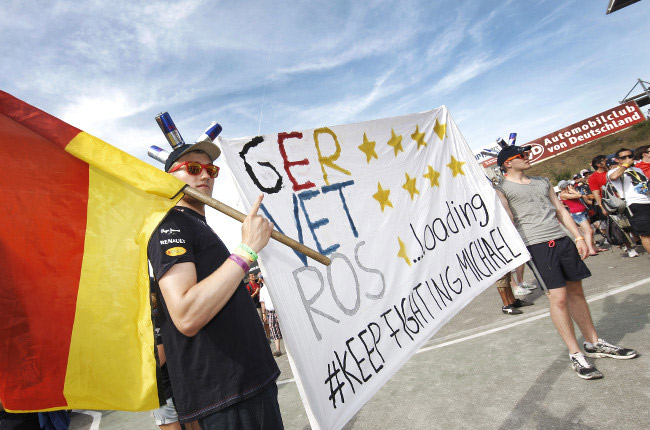 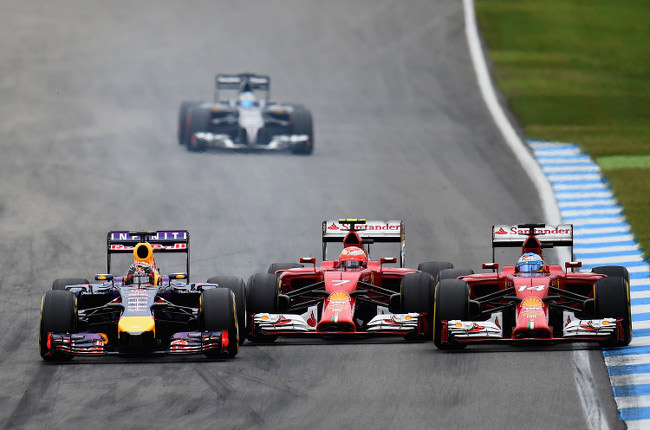 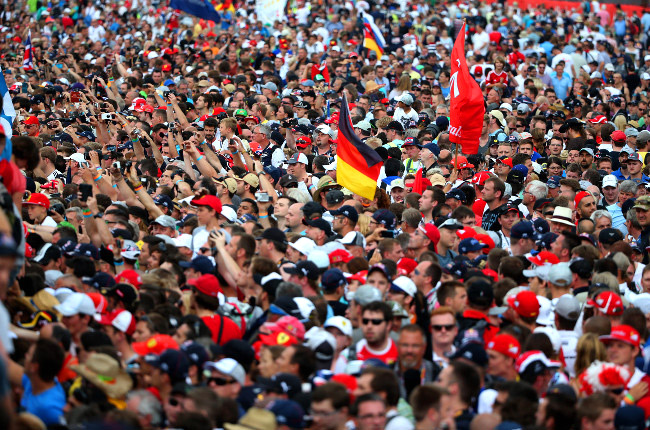 Notes: (1) Listed qualifying laps 15 and 17-21 set in Q1; 11-14 and 16 in Q2; and 1-10 in Q3. (2) E. Gutierrez (Sauber) originally qualified P14, but was given a three-place grid penalty for causing a collision in the previous event (British GP). L. Hamilton (Mercedes) originally qualified P16 having crashed out in Q1, but was given a five-place grid penalty for a gearbox change. M. Ericsson (Caterham) did not set a time, and started the race from the pit lane.

Erap wants Manila policemen to chase criminals with Nissan Almera
View other articles about:
Read the Story →
This article originally appeared on Topgear.com. Minor edits have been made by the TopGear.com.ph editors.
Share:
Retake this Poll
Quiz Results
Share:
Take this Quiz Again
TGP Rating:
/20