Electrification is happening
by Rowan Horncastle | Aug 1, 2017
CAR BRANDS IN THIS ARTICLE 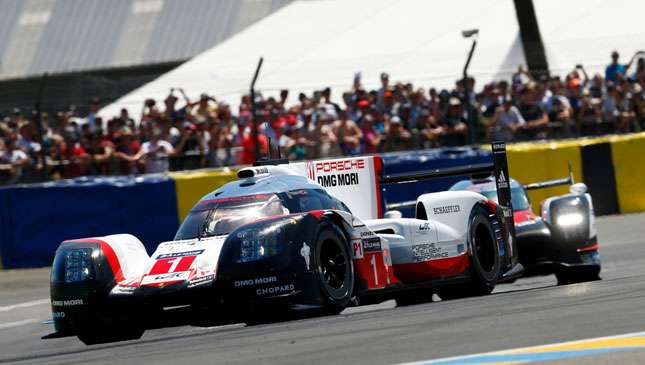 Motorsport fans, hold on to your hats. Or eat them. Porsche has announced it will quit the FIA World Endurance Championship’s top-flight LMP1 division at the end of the season to focus its efforts on a Formula E entry for 2019.

Yep, Porsche has followed Mercedes by exiting from a high-profile race series to enter the all-electric single seater championship in a couple of years (earlier this week Merc pulled the plug on its DTM program).

“Entering Formula E and achieving success in this category are the logical outcomes of our Mission E road car program,” said Porsche board member Michael Steiner.

“The growing freedom for in-house technology developments makes Formula E attractive to us. Formula E is the ultimate competitive environment for driving forward the development of high-performance vehicles in areas such as environmental friendliness, efficiency, and sustainability.”

The shock announcement means that in 2019, Porsche, Mercedes, BMW, Jaguar, and Audi will all be together in electric dreams, racing silent single-seaters around city circuits, business parks, or just parks—depending on the location.

Porsche’s decision to pull the ripcord on LMP1 less than a year after sister brand Audi did the same leaves Toyota as the only manufacturer potentially committed to LMP1 for 2018. Which could finally give the Japanese firm that elusive Le Mans win (they’re staring straight at an open goal). But that’s not racing. Plus, Toyota’s commitment to WEC for next year was based on Porsche being in the series. You do need two to tango after all.

‘Seismic’ is a word we’d use to sum up this week in motorsport. With Porsche leaving LMP1, Mercedes pulling out of DTM and Australia’s V8 supercars now testing V6s, we’re entering a brave new world of motorsport. Remember this one for the grandkids, as this could be the week that changed everything.

What’s most frustrating is that LMP1 cars were some of the most beguiling and capable cars on the planet. They’re stupidly fast but also relevant. The ACO’s new rules allowed engines to run freer than ever: There were no limitations on cylinders, air restrictors had been removed, and turbo pressures could now be sky high. Essentially LMP1 designers and engineers had to build a car around a package problem. They knew how much energy they could use, so had to mold the fundamental elements of a car—aero, engine, hybrid, drivability, and electronic systems that combine the two—together into the fastest bundle.

It created three very different packaging solutions and cars. Plus, unlike F1, which likes to preach about developing technology that’ll trickle down onto your road cars, sports car racing has been doing that for decades. In fact, you can thank endurance racing for inventing such mundane items as the windscreen wiper and the disc brake. And now it’s all about to change. To what extent, we’ll just have to wait and see. 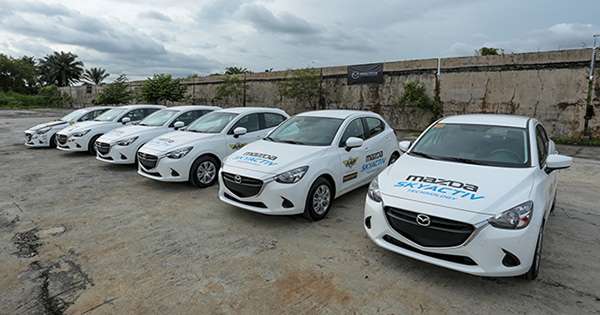 Mazda PH provides AAP with brand-new training vehicles
View other articles about:
Read the Story →
This article originally appeared on Topgear.com. Minor edits have been made by the TopGear.com.ph editors.
Share:
Retake this Poll
Quiz Results
Share:
Take this Quiz Again
TGP Rating:
/20