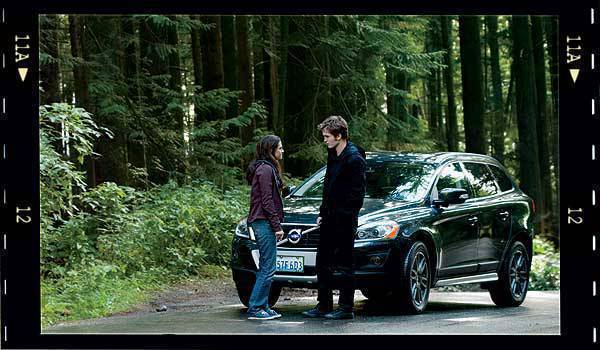 The jury has spoken. Here are the best answers to TopGear.com.ph's question "Why is the Volvo XC60 the perfect vehicle for Edward Cullen?" The members who sent these answers will join Viking Cars, Inc. (Volvo Philippines) in an exclusive screening of The Twilight Saga: Eclipse.

"Because he wants to show to the world that being immortal shouldn't make someone careless by settling for mediocre equipment. Even the strong need protection, that's why he chose the XC60, one of the safest cars in the world." - jclogan

"The Volvo XC60--a quick and agile SUV, may it be on city streets or on an off-road trek. And of course, there's no better way to keep Bella safe than having her inside a machine that has always taken safety to the next level. And oh, Volvo's were made to withstand "cold." (including cold-blooded V's) - Eduardo Muñoz

"The VOLVO XC60 is possibly the safest Volvo ever built and its perfect for Edward Cullen! It's the first car in the world to include the City Safety feature as standard equipment! With its "City Safety" feature it can stop itself when it detects any driving negligence in front of the car. The 2010 Volvo XC60 is a mirror of Edward's personality, hammers home the point of driver safety, with an elegant, sophisticated style a stylish and most of all, they are both very eye-catching! New crossover XC60 Volvo, 'one of the sleekest luxury crossovers available' thanks to a 'windshield that flows smoothly into the roofline' just like Edward to Bella, as a windshield that protects her from their enemies especially to Veronica. The 2010 Volvo XC60 marks Volvo's entrance into the world of stylish crossovers..! So much perfect for Edward! The 2010 Volvo XC60 brings unexpected style and a heavy dose of safety technology to families with all-weather needs which is very useful to Edwards family in times of their bonding and playing in the forest..! The 2010 Volvo XC60m are both co0L, i just love them both. ^^ - jengjeng

Congratulations! You each won two tickets to the June 30 Eclipse screening at the Cinema 2000 of Shangri-La Edsa Plaza Mall in Mandaluyong City. The movie starts at exactly 9 p.m. Please be at the venue at least 30 minutes before the screening time. Look for Loi Concepcion of Viking Cars at the registration table and show a valid ID for verification.

Winners also get one XC90 jacket and one XC90 bag courtesy of Viking Cars.

Big thanks to everyone who joined the promo!

Volvo treat: Win tickets to an exclusive screening of Eclipse
View other articles about:
Read the Story →
This article originally appeared on Topgear.com. Minor edits have been made by the TopGear.com.ph editors.
Share:
Retake this Poll
Quiz Results
Share:
Take this Quiz Again
TGP Rating:
/20