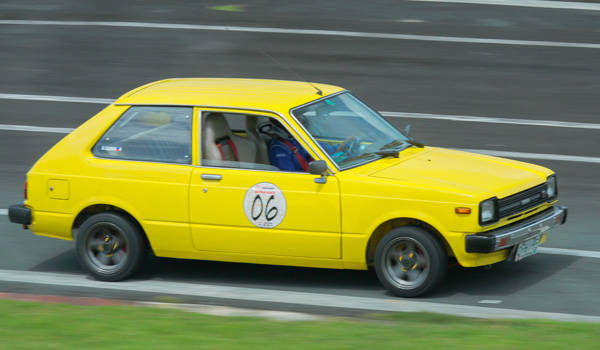 You will recall that Tuason Racing School held the very first Retro Touring Car Philippines race at the Batangas Racing Circuit in October last year. It was a resounding success: 29 old-school cars lined up on the grid for a never-before-seen (in the country, that is) nail-biter of a race that brought back memories of classic race cars gunning it around the Greenhills circuit many decades ago.

Brian Bautista in his Volkswagen Beetle won the closely contested race as he pulled away from Carlos Castañeda's Mini Cooper in the last lap of the contest, becoming the first champion of the event.

With that achievement tucked under their belt, JP Tuason and TRS want to take things up a notch this year. Looking at a larger grid and with more at stake, they recently released their draft rules for the 2013 Retro Touring Car Race.

The essence of the regulations is more or less the same, defining "retro" as carbureted cars from 1985 or older. But probably owing to an unfortunate racing incident last year involving an overturned Mini Cooper, the rules are more stringent this year with a focus on driver safety.

Highlights of the proposed changes include:

The format remains relatively unchanged with a P2,000 entry fee allowing you to participate in:

Tuason's goals for this year's race?

The above is just a working draft of the rules; changes can still be made to it. Race dates will be finalized soon.

If you have an old-school car and you think you have the skills to race it, you may contact Tuason Racing School at info@tuasonracing.com or (0918) 929-7859.

Alfa Romeo tries to sweep us off our feet with the 4C
View other articles about:
Read the Story →
This article originally appeared on Topgear.com. Minor edits have been made by the TopGear.com.ph editors.
Share:
Retake this Poll
Quiz Results
Share:
Take this Quiz Again
TGP Rating:
/20