What should go into your car photography kit? (Part 1) 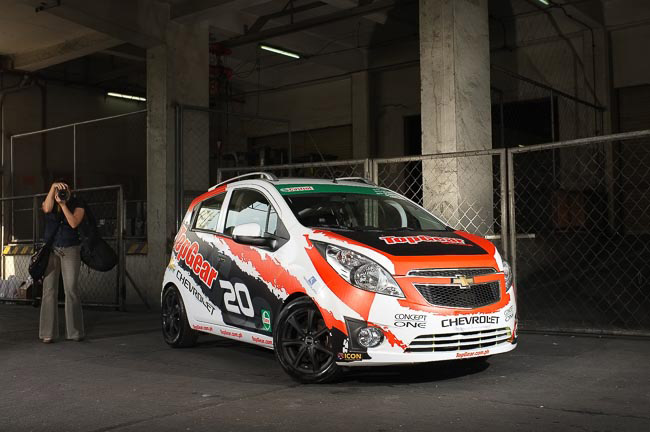 If you've been following this column about car photography, you should now be aware that choosing the right gear influences the quality of your car shot. While there is no replacing a discerning eye, or even talent, when it comes to the final outcome of a shoot, there are some items that I believe should be part of any automotive photo session. These little pieces of gear can go a long way in helping you get magazine-quality shots the next time you take out your camera for some car shooting. 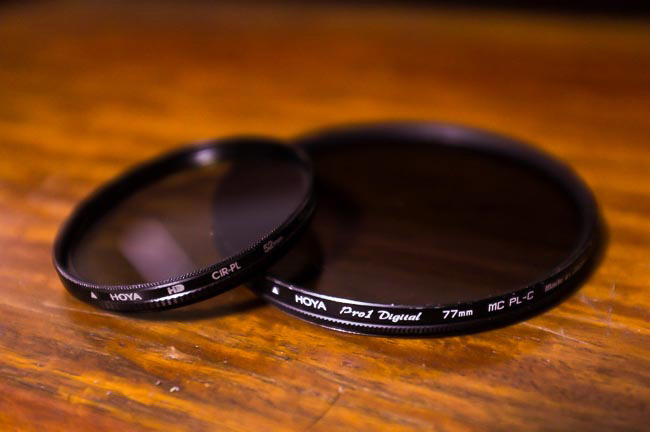 The CPL is an essential piece of kit in every serious automotive photographer's bag. It is basically treated glass that you screw on the front end of the lens.  By turning the CPL's rotating rim, you get to reduce unwanted reflections and glare on the cars.

I usually slap on a CPL on the lens and rotate it until I see the driver inside. Most of the time, I also make use of a CPL to remove reflections from nearby trees, road marks or other objects that might become distractions to the viewer of the photo.

CPLs also have a tendency to darken skies into a deeper shade of blue. If that's the effect I want, I turn the CPL's ring to get the shade of sky I am looking for. The same thing happens to the road. A little turn of the CPL can remove glare on the asphalt, the showroom floor or even your garage floor.

The thing I noticed with CPLs, however, is that they also darken the exposure by one-third to two-thirds of a stop. That's up to two small lines on the exposure meter when you peep inside the viewfinder. So what I do is add some '+' exposure compensation by the same amount to normalize the exposure of the final image. You may experiment on how much additional compensation you need to dial in to get your exposures zeroed out.

Just a couple of caveats, though. First, buy the CPL that fits the filter thread of the bigger lens in your lineup. You can always buy a step-up ring anyway to make them fit your smaller lenses. Second, and more importantly, don't skimp on buying the best CPL you can afford. Cheaper ones have the tendency to muck up your image, throw in a color cast or even mess up your camera's focusing. Remember that you're putting a piece of glass in front of your lens, and this can affect the amount and quality of light reaching the camera's sensor. 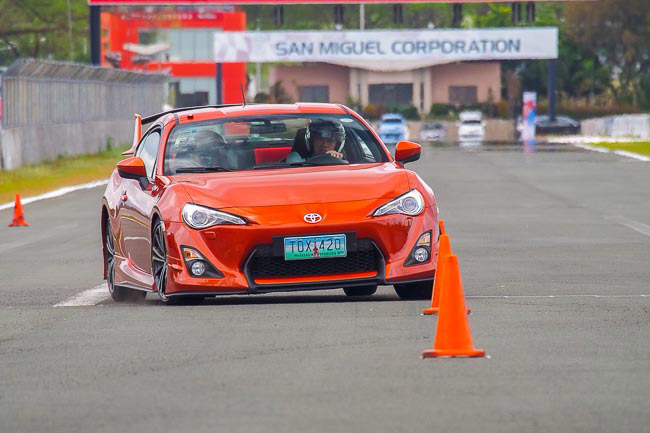 Windshields often reflect the sky. To see through them, use a CPL
and rotate the filter element until you get the desired effect 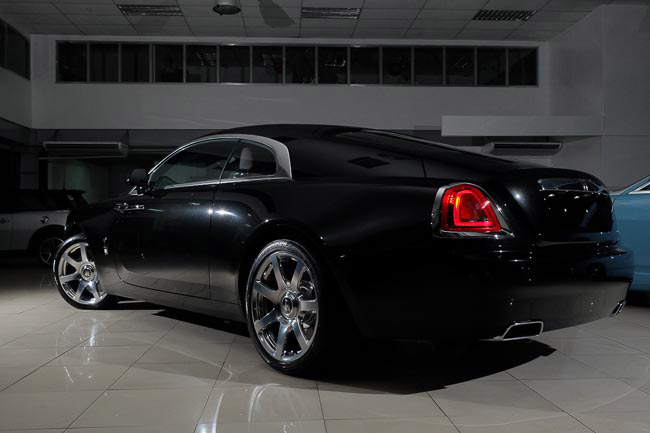 Remove unwanted reflections by turning the ring of the CPL. Now you see 'em... 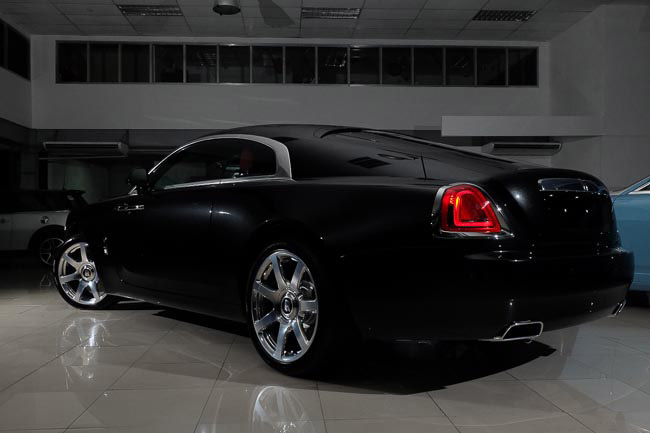 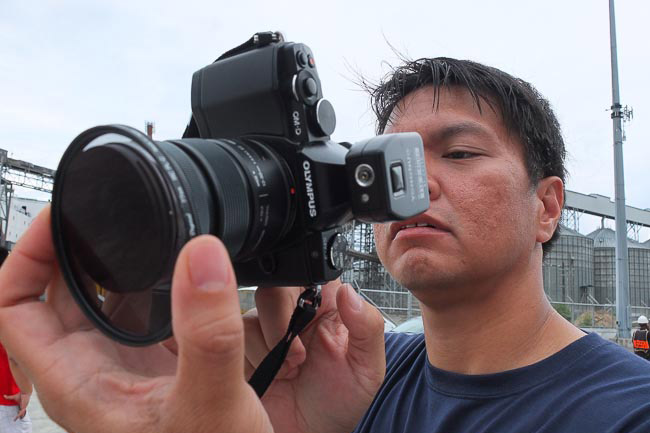 There's always the right filter size for your lens 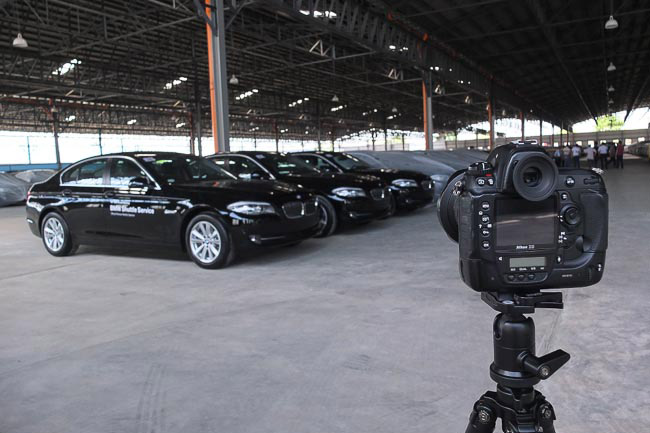 Having a strong and stable tripod can help your car shoot in a lot of ways. One, it allows you to fix the framing of your shot so that multiple exposures can be taken with the subject and background in the same place. This is particularly helpful if you plan to post-process your photos later on by combining different shots into one.

Again, like the CPL, investing in a good aluminum (or carbon fiber, if you're loaded) tripod--one that has a ball head and spreadable legs that can do lower than usual angles--is essential. Think of how many times you will be carrying and using this tool in the future and how many shots you can make with it versus a cheap and flimsy plastic piece that will fall apart after the littlest abuse. Then it will all make sense. 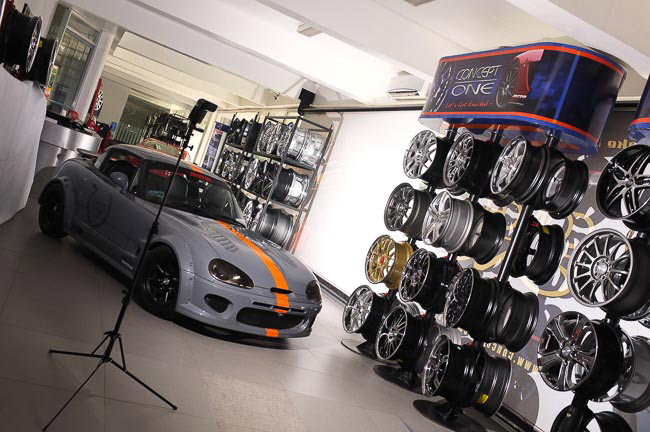 Having pioneered the use of portable external flashes in Top Gear shoots, I can say that having a flash or two inside your bag can help give you more professional-looking shots than if you hadn't brought them along.

A triggered flash can help add some fill light especially in the darker areas of the subject. So instead of underexposed, shadow-engulfed areas on the car, you can have a strategically aimed flash bring back some detail. I also use them to add some shimmer on the subject to highlight and separate the car over the background. The car is the hero anyway, right? But I do admit that it is more a matter of personal taste.

While flashes are not as powerful as plug-in strobe lights, which some of the Top Gear photographers haul along, at least you won't need an external power source or an assistant to carry all the heavy stuff. You can hold a flash up with your free hand or have a friend direct light into the target area with ease. No wires, no bulky light stands--just some trial-and-error fun while shooting and being creative.

Unlike the first two items on this list, I only buy the cheap China-made ones for this. Why? Because if, for example, a flash and its light stand get toppled, replacing a cheap one is easier on the pocket than repairing a more expensive branded flash. And if lighted car shoots eventually end up as your thing and you start earning big bucks from car shoots, then you can invest in more expensive powered strobes and battery packs later on.

At the end of the day, all these are just tools that will help you get the images you want and the look you aspire to achieve. Nothing beats going out there and experimenting with your gear. So grab you camera and just shoot!

If you have car photography questions or tips, e-mail them at mikkomiks@gmail.com 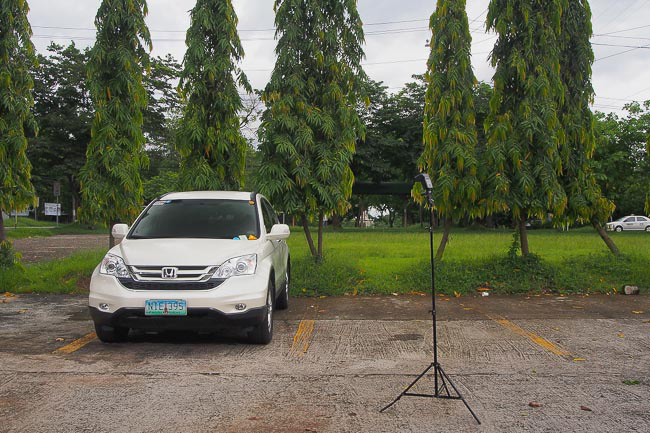 Some fill light (even in outdoor shooting) can bring out details in the car.
It also makes your car pop out of the background

Vios Cup: The fun has started
View other articles about:
Read the Story →
This article originally appeared on Topgear.com. Minor edits have been made by the TopGear.com.ph editors.
Share:
Retake this Poll
Quiz Results
Share:
Take this Quiz Again
TGP Rating:
/20