Before it decided to reinvent itself with a new line of consumer vehicles, JAC was best known for selling commercial trucks, buses, and vans. But unlike other brands, which focused on Japanese-style box vans, JAC aimed higher: The brand’s Sunray was a high-roofed van in that European format popularized by Mercedes-Benz. Minus, of course, the Mercedes-level price tag. I say ‘was,’ but maybe I should have said ‘is,’ as the Sunray, despite debuting back in 2011, is still on the market. It’s not just the oldest tall van on the market—it’s also the cheapest. The base-spec 4 Series, in fact, costs less than many non-tall vans. But is it worth the buy? 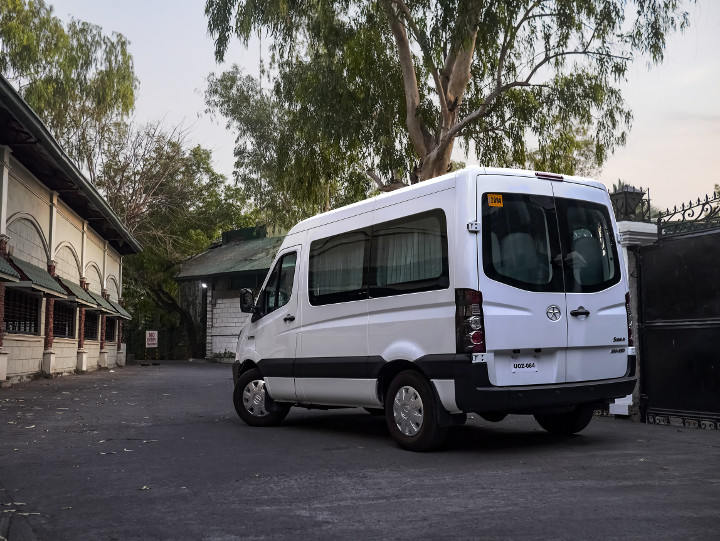 As with many Sprinter-a-likes, the Sunray takes inspiration from the Mercedes Sprinter. And while not a carbon copy of the Merc, the styling is so similar—swage lines, window shapes, grille, even those Merc-a-like hubcaps—that you could swap logos on the grille with no one being the wiser. Still, for van connoisseurs, the differences are easy to spot. Especially considering that Merc updated to a blockier look in 2014, right before launching an all-new Sprinter last year, albeit with nearly-identical hubcaps on steel wheels.

Being a short-wheelbase variant, the Sunray can appear weirdly short compared with other tall vans. Both horizontally and vertically, as the roof is also lower. More on this later. 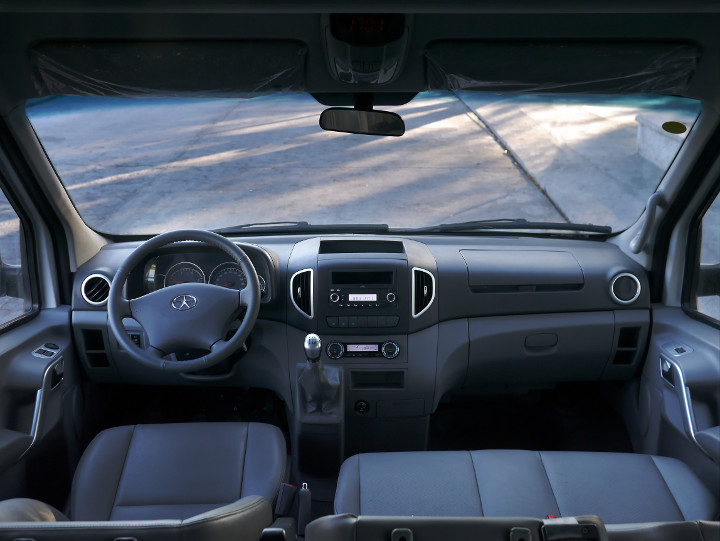 The inside leaves you with no illusions as to the price tag. Dashboard plastics have a workmanlike finish and the panels feel hollow. Most of the panel alignment is good, save for the trim around the dashtop bin, where four big pieces of plastic center come together around an open box. There are a lot of storage shelves, but no cupholders. Which means sticking your cup in the dashtop bin, hoping it doesn’t fall over, or sticking with bottled drinks. Trays could use rubber liners, as loose change tends to rattle around over bumps.

On the bright side, the steering wheel and the seats are all sport durable leatherette, and space is generous. The front bench flanking the driver’s seat and the fold-up rear jump seats allow the Sunray to carry as many warm bodies as the larger and longer H350. The gray interior feels more wash-and-wear durable than the beige interior of the Foton Toano, and the standard window curtains give more privacy, too. That said, the Sunray could use the Toano’s seat skirts to better hide luggage and valuables stashed under them. 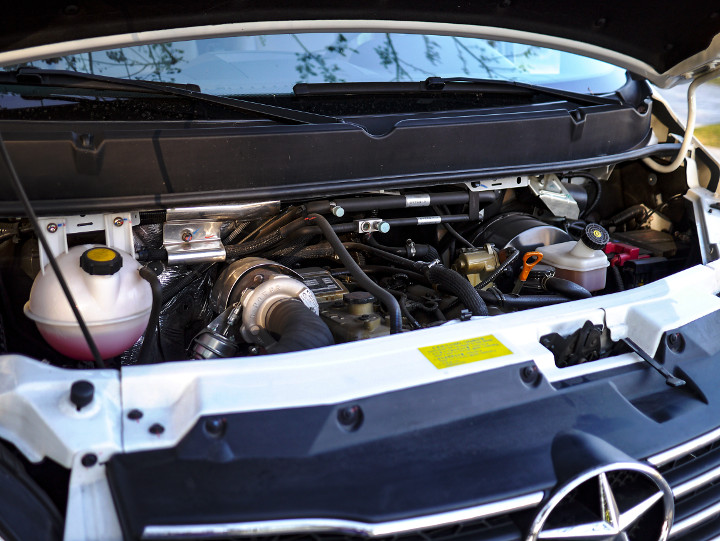 The 2.8 liter HFC4DA1 under the hood—no, I’m not going to pretend I have that alphanumeric soup memorized—is based on the evergreen 4JB1T, which should be a familiar name to Isuzu lovers due to its use in the Fuego and numerous medium-duty Isuzu cargo applications. That said, JAC has done a lot of work updating it for Euro 4 emissions compliance.

It’s still mighty agricultural versus JAC’s newer 1.9-liter unit, and the 118hp output pales in comparison to that 1.9-liter’s 134hp. The larger displacement gives it more useful torque off-boost, though it struggles a bit with the 2.2-ton curb weight of the Sunray on steep climbs. With a five-speed gearbox, there’s no high-speed cruising gear, and the engine turns at 2,000rpm at 80kph. Fuel economy ranged from 6-8 km/L in traffic to around 10-12km/L on the highway, thanks to the low fifth gear and the tall frontal area. Not bad for the size, but about a kilometer a liter down on primary competitors, which benefit from taller gearing and more sophisticated direct-injection engines. 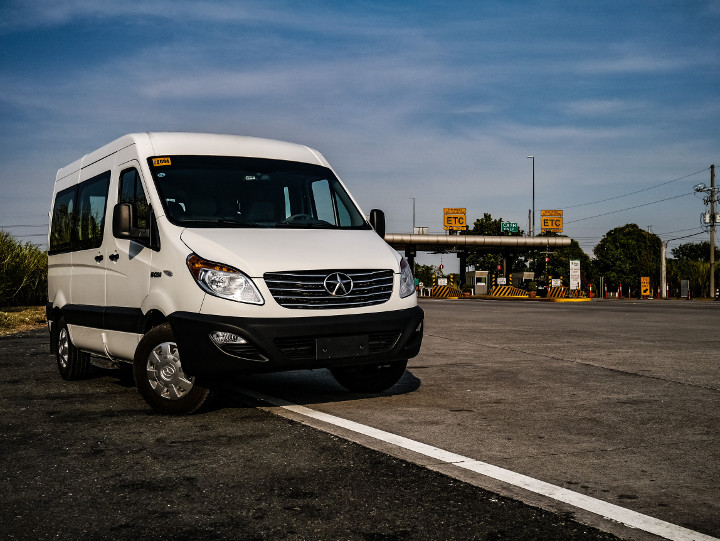 You’d expect a van like the Sunray to be truck-ish to drive, and it is. The shifter is a bit rubbery, the ABS-equipped brakes feel spongy, and the tilted steering wheel and cramped footwell are familiar Sprinter-clone compromises. There’s more body roll and less of a focus on handling dynamics than in other tall vans, but this pays dividends in ride comfort—the soft suspension soaking up most road imperfections ably.

The one nit here is that the (relatively) short wheelbase causes some oscillation over ridges. But the short wheelbase and the tiny 4.9-meter length—shorter, even, than many pickups—make the 4 Series surprisingly easy to park. Just mind the width, because the narrow side mirrors don’t provide as much coverage as the bigger mirrors on other big vans, even with the wide-angle strip at the bottom.

Unlike other tall vans, the Sunray’s 2.34-meter height qualifies it for Class 1 toll on the SLEX, which means cheaper toll while still being tall enough for a person to stand up inside the cabin. It also fits within many covered parking structures, but be warned: With ceilings at 2.35-2.4 meters in these parking facilities, there’s still a chance of scraping hanging pipes and fixtures. 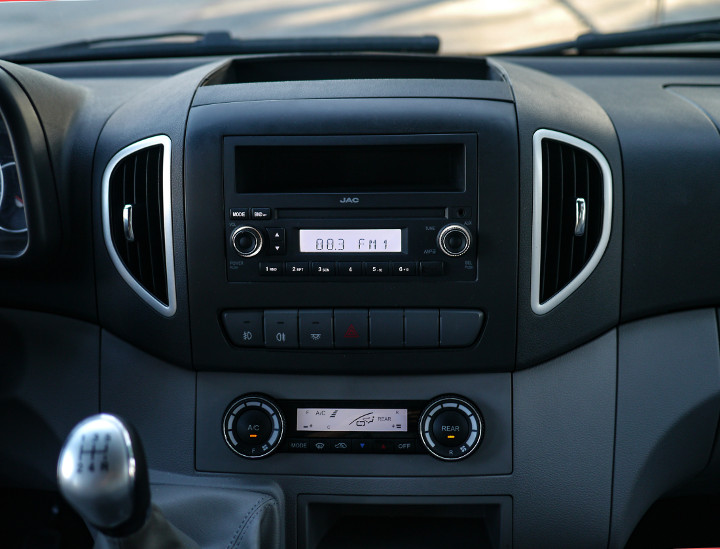 As a commercial van, the Sunray doesn’t come with all that many luxuries. Aside from remote locking, there’s ceiling-mounted A/C vents and lights in the rear, the aforementioned built-in curtains, and a pretty basic sound system. Where other vans feature an electrically powered sliding step under the side door, the Sunray uses a mechanical step that actually deploys faster, being linked straight to the slide mechanism. And it won’t drain your battery to boot. 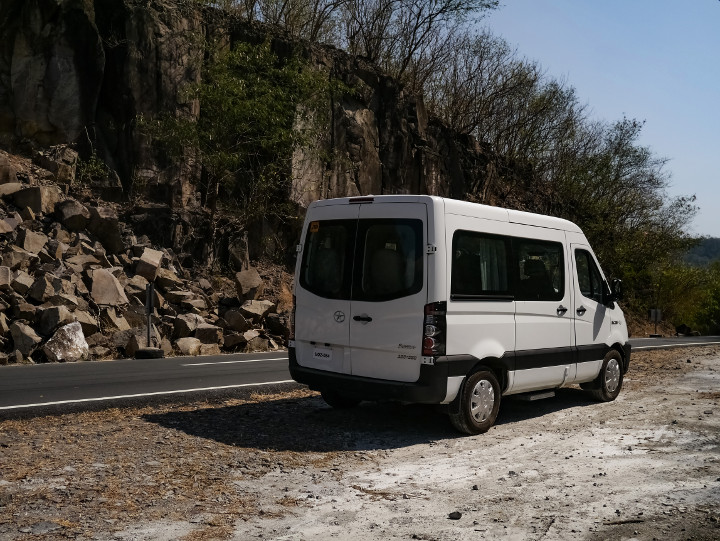 The JAC Sunray may not be the most impressive tall van on the market, but there’s a reason it’s proven enduringly popular. It’s cheap to buy and cheap to run, and its robust mechanicals and Isuzu connection make it instantly familiar to fleet managers. Yes, you could do a lot better than the Sunray, but for a lot more money. Instead, if you do need the space and don’t want to break the bank or take a risk on a secondhand bus, the Sunray fits the bill, and despite its size, it’s no more difficult to run than a tall-roofed ‘regular’ Japanese van. And it’s much cheaper, too. This means we’ll still be seeing these quirky things in hotel and service fleets for years to come. 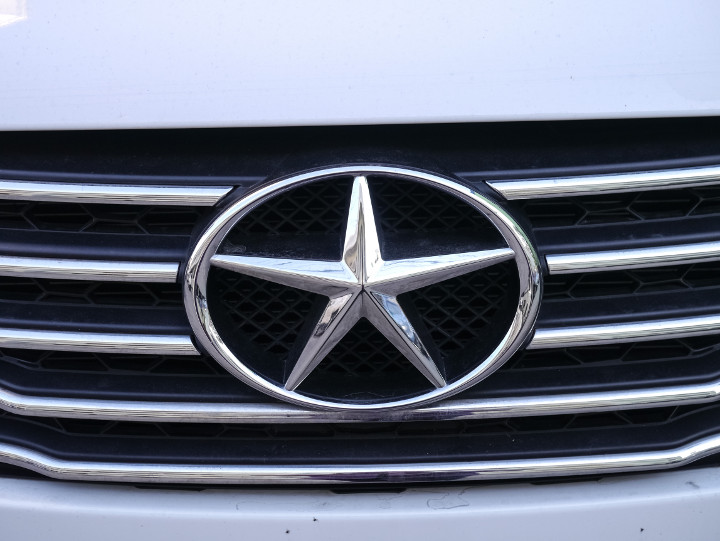 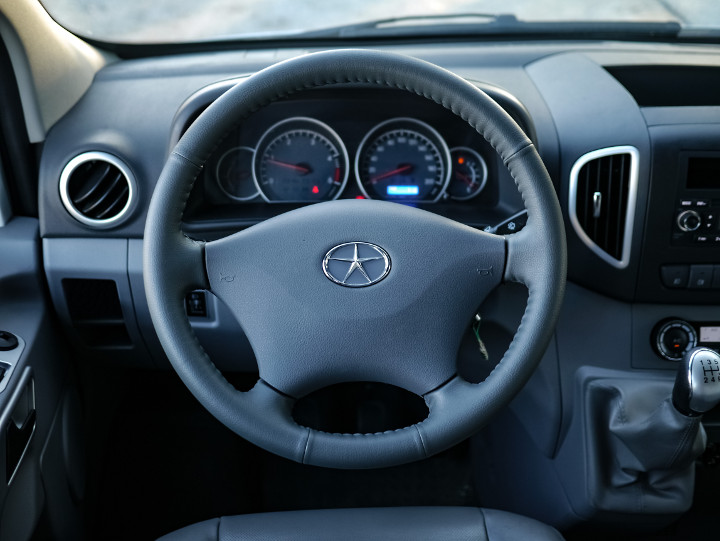 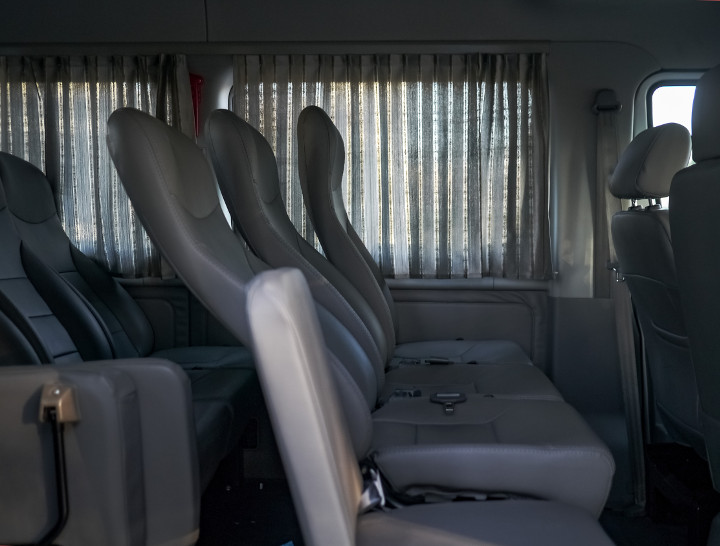 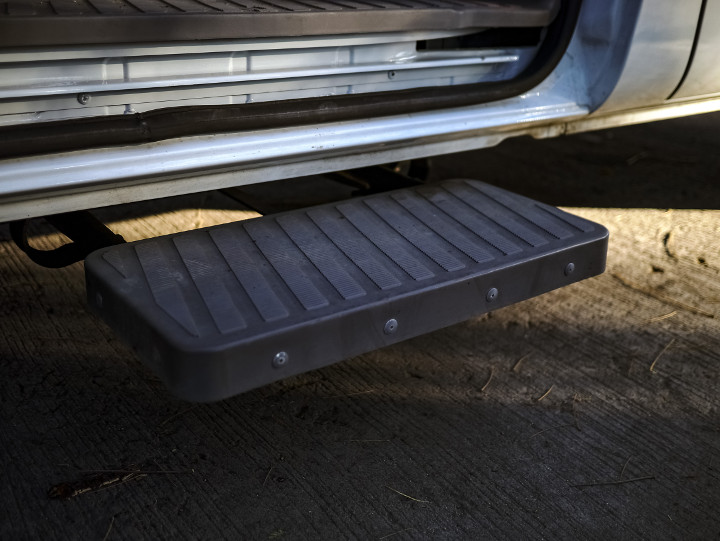 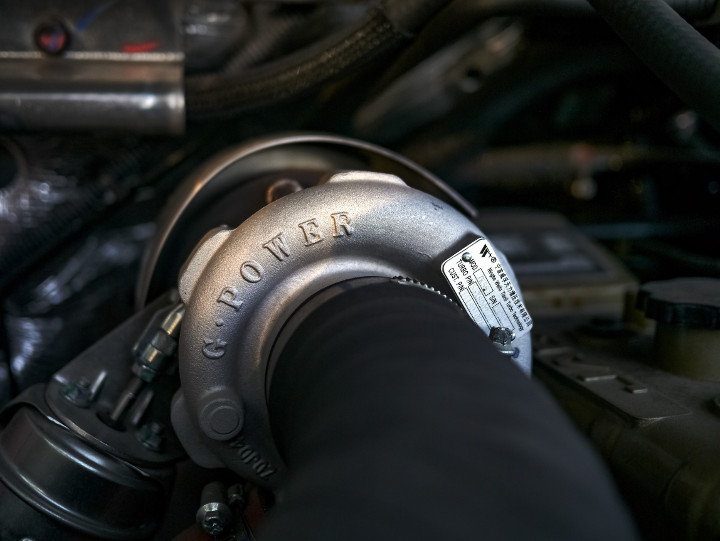 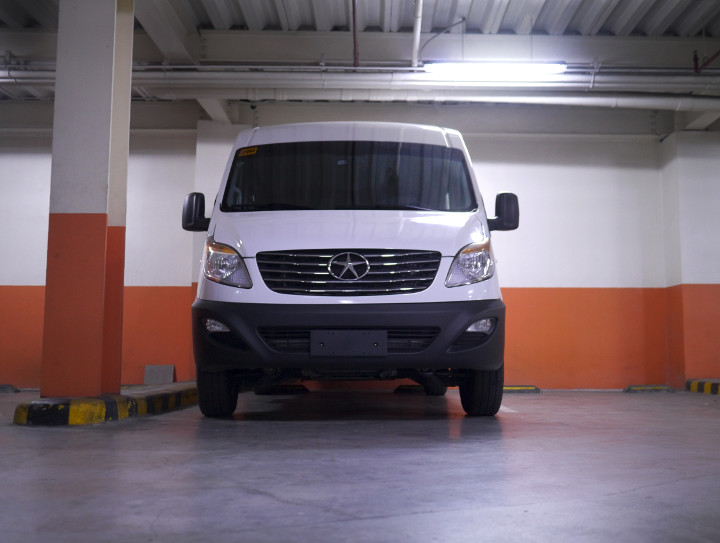 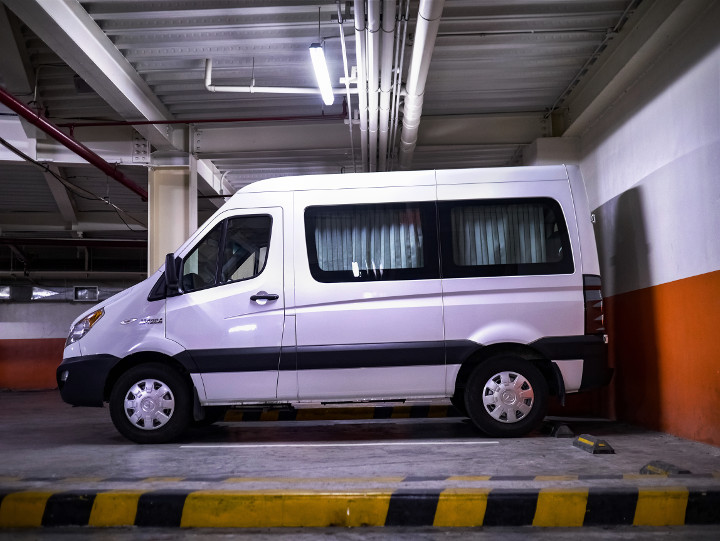 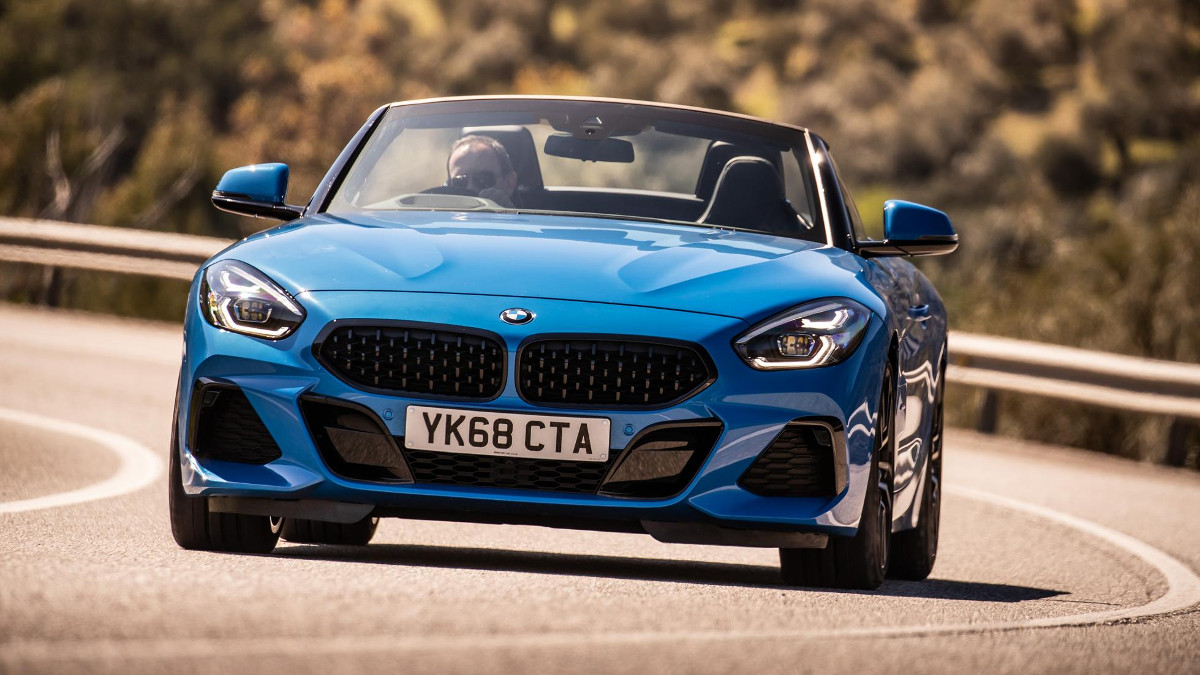