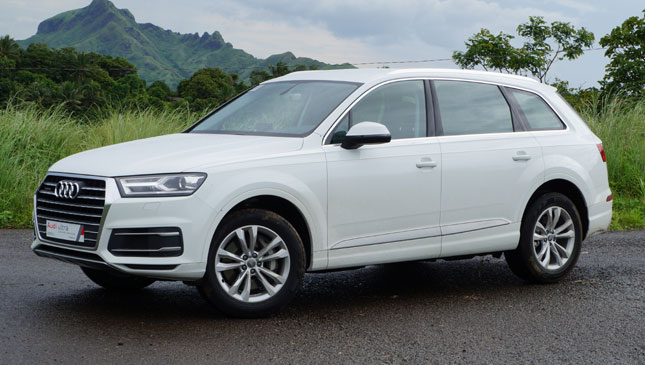 There are big, heavy, cumbersome SUVs. Then there's this: Audi's latest technological tour de force of an SUV. Brutally fast, devastatingly capable on and off the road, and astonishingly fuel-efficient. Though it shares its platform and basic powertrain with the Porsche Cayenne, the all-new Bentley Bentayga and the Volkswagen Touareg, the Audi Q7 feels unique and stands proud on its own. 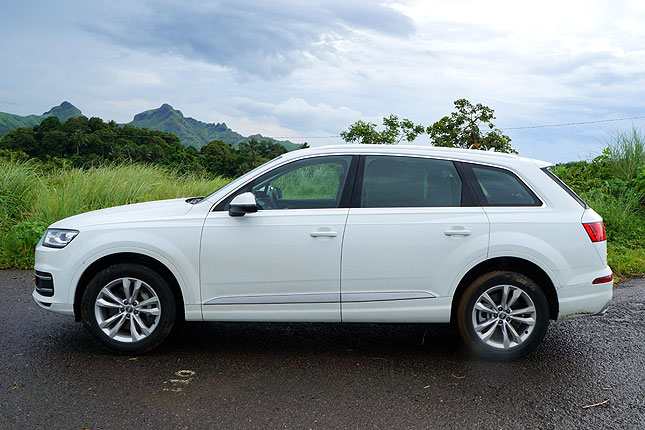 The Q7 retains its very prominent horseshoe grille, perhaps the biggest among the brand of the four rings, yet rides surprisingly low in normal mode. Nineteen-inch wheels wrapped in 255/55 Pirelli Scorpio Verde H/T tires round out the corners. It's a mix of soft curves and sharp, pointy and chiseled details on the front end, as well as on the lower rear end of the vehicle.

Admittedly, styling looks a tad generic and flabby at some points, but order the full S-Line kit and even bigger 21-inch wheels, and you have a real looker of a crossover SUV. LED headlights and taillights cast an eerie glow at night but offer excellent visibility even in foggy and rainy conditions. 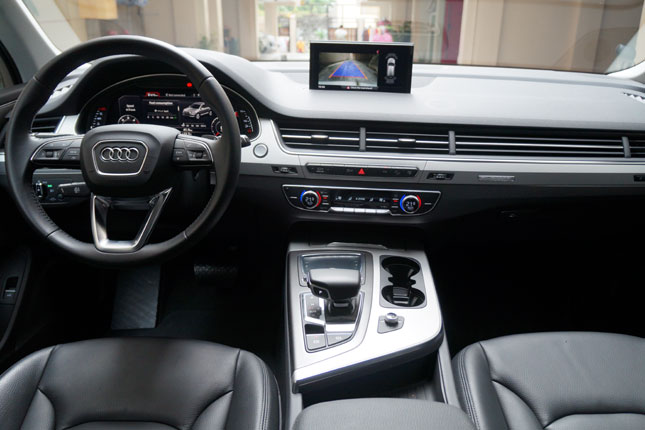 Audi still makes the best-looking minimalist yet highly functional and progressive interiors in the business. The main instrument panel is now a large 12.3-inch LCD display dubbed Audi Virtual Cockpit. You have a variety of display options, which include navigation, Bluetooth telephony, fuel trip computer and more. This will be something we'll be seeing in all Volkswagen Group cars in the future.

A secondary 8.3-inch LCD display retracts out of view on the dashboard. A touchpad with haptic feedback, and the MI multidirectional knob are the focal points of the stylish, leather-bound interior. Situated behind the three-spoke steering wheel are the paddle shifters for the eight-speed automatic transmission, giving you added control on winding roads and off-roading. Finally, four-zone climate control chills everyone inside the enormous interior of the Q7. 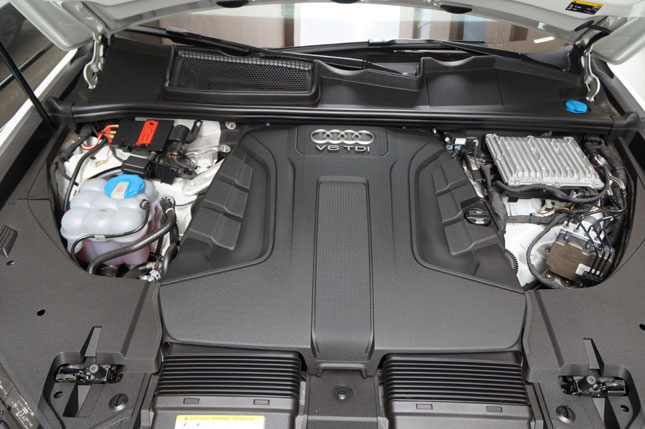 The engine is the infamous 3.0-liter TDI V6 engine, now tuned to deliver an amazing 272hp and 600Nm, up 30hp and 40Nm from the old lump. It's infamous because it's at the heart of the whole Volkswagen emissions-cheating scandal. Fortunately for us, we are unaffected because we only require Euro IV emissions standards, unlike Europe and the USA, which require Euro V and VI emissions standards.

The engine is responsive, with amazing low-end pull matched with impressive top-end histrionics. It delivers power to all four wheels via an eight-speed ZF automatic transmission and Quattro all-wheel drive system. The eight gears also negate the need for a traditional low-range transfer case, important when off-roading. 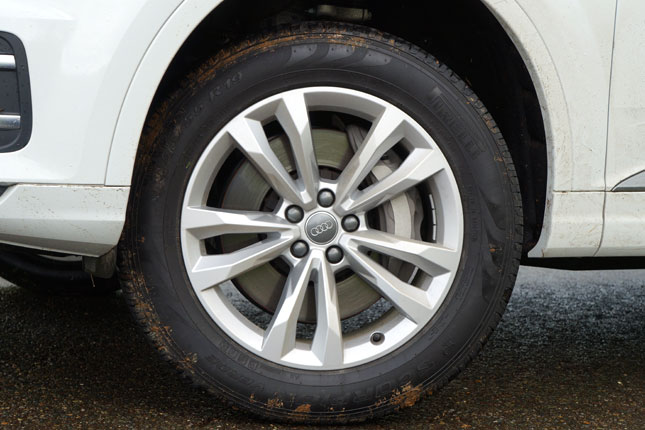 The Q7 features Audi's Drive Select Program with seven modes: Efficiency, Comfort, Auto, Dynamic, Individual, All-Road and Off-Road. Each setting calibrates the engine, the transmission, the suspension, the ride height and the steering to suit the situation. In Comfort mode, the ride feels plush and shifts from the transmission are CVT-smooth. In Dynamic mode, everything feels urgent, responsive and aggressive. There's also a customizable individual mode that allows you to mix and match the settings.

On a winding road, the Q7 is eye-wateringly quick. It slices up roads, braking and overtaking like a heavyweight boxing champ finishing off his opponent. You feel the weight and mass of the Q7 despite being 325kg lighter than its predecessor. Yet it shifts its weight brilliantly, allowing you to drive with confidence even on tight, winding roads really quickly. 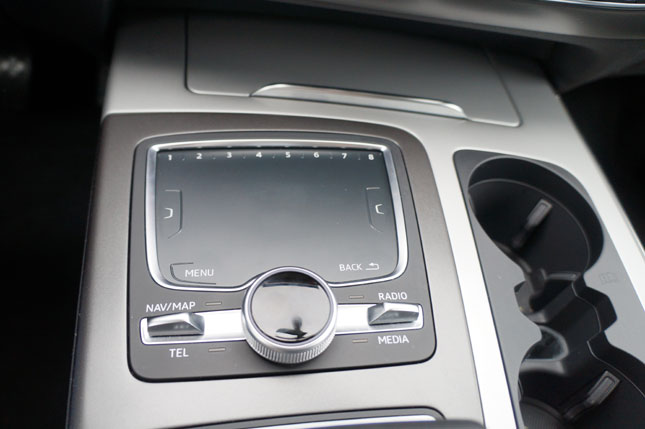 You don't really buy a luxury SUV meant for long-distance touring and off-roading (which I tried anyway). The Off-Road mode raises the suspension to 240mm from a low of 205mm in loading configuration, but the electronics (ABS, EBD, traction and stability controls, etc.) means you'll get surprisingly far into the wild.

Your biggest limitation will be the Q7's very long wheelbase, which gives it poor breakover angle, and the H/T tires, which limit traction when it gets very muddy and very wet. In case you really want it, an off-road package is available, which raises the suspension further, and fits A/T tires and skid plates to protect the underbelly.

At P6.69 million for the base Audi Q7, it's definitely not cheap. But it's a real hoot to drive, and is very fuel-efficient (9km/L in the city; 16-17km/L on the highway) and very comfortable when you just want to press on a long drive. It truly is a technological tour de force. 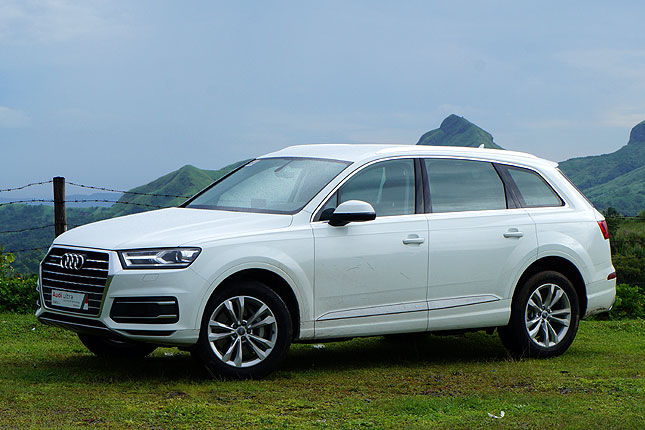 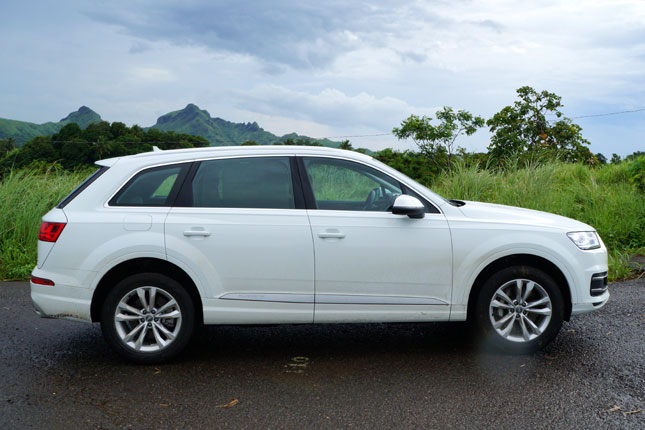 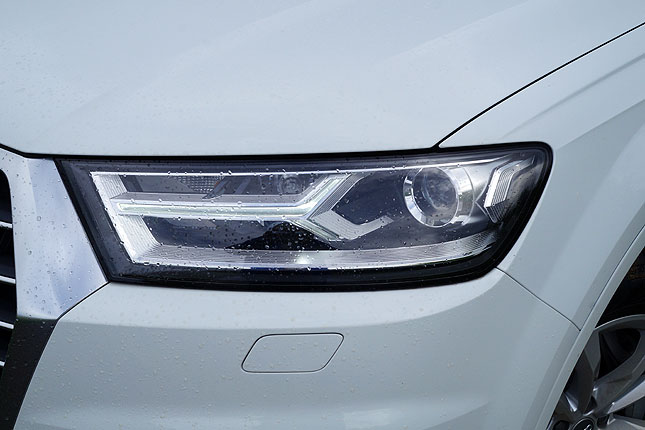 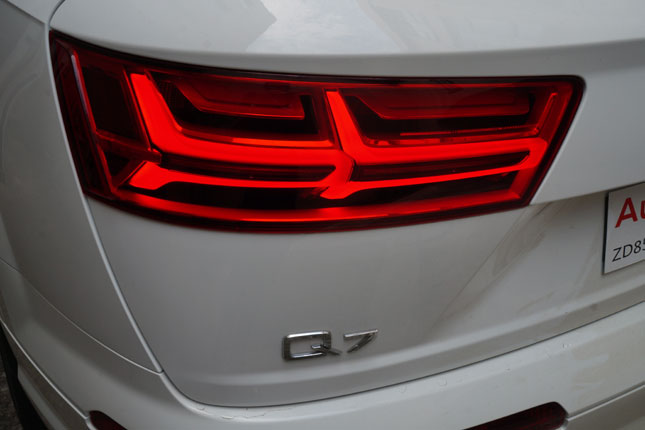 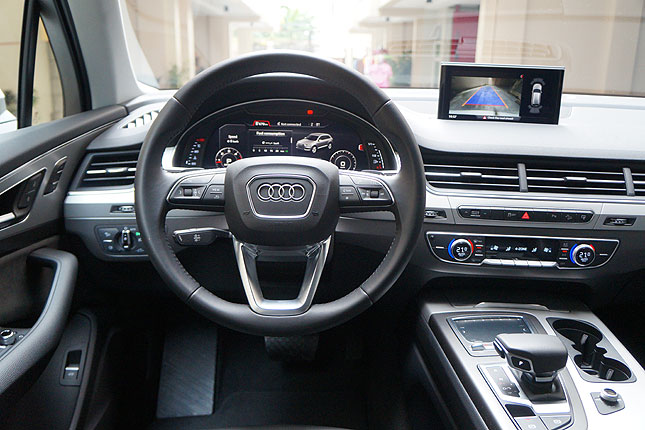 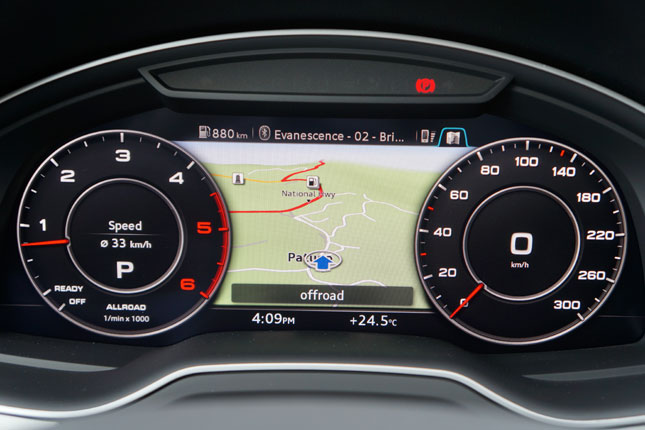 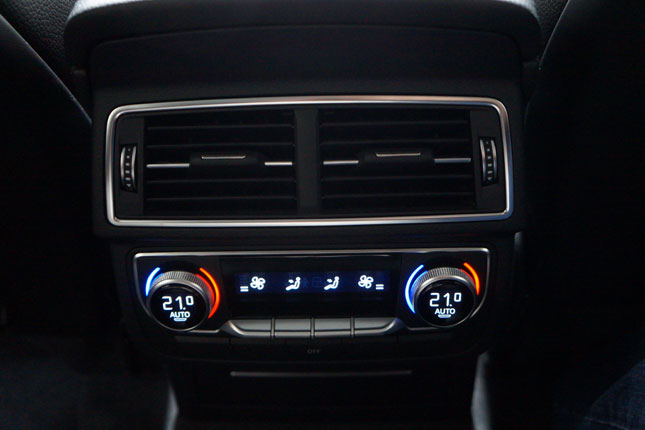 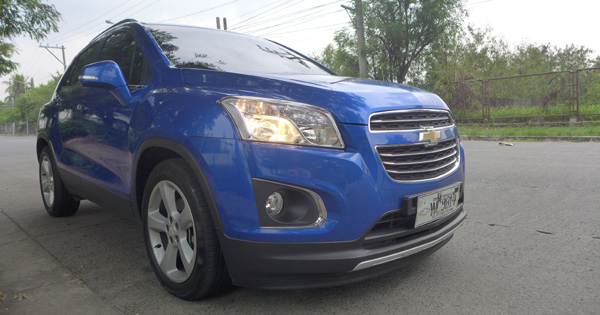