A sensation among premium SUV buyers
by Niky Tamayo | Nov 12, 2012
CAR BRANDS IN THIS ARTICLE 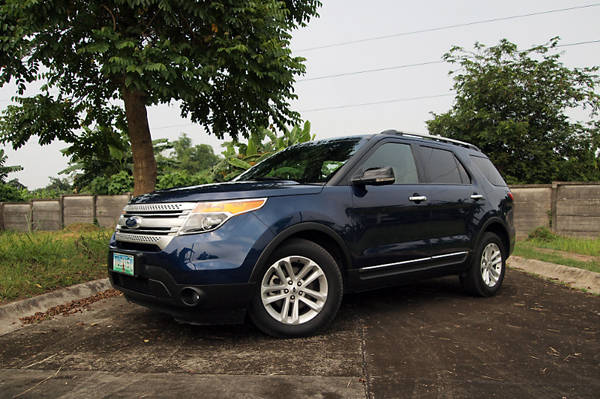 It has been a year since Ford Group Philippines first released the new Explorer, yet the waiting list at dealerships is still months long. While it may not be as ubiquitous as the cheaper diesel-powered competition, it's still a sensation among premium SUV buyers. This is likely because the V6 Limited offers class-leading features at a class-leading price. The new GTDi EcoBoost, on the other hand, costs a lot less while promising similar performance and better economy. But what do you give up for going green? 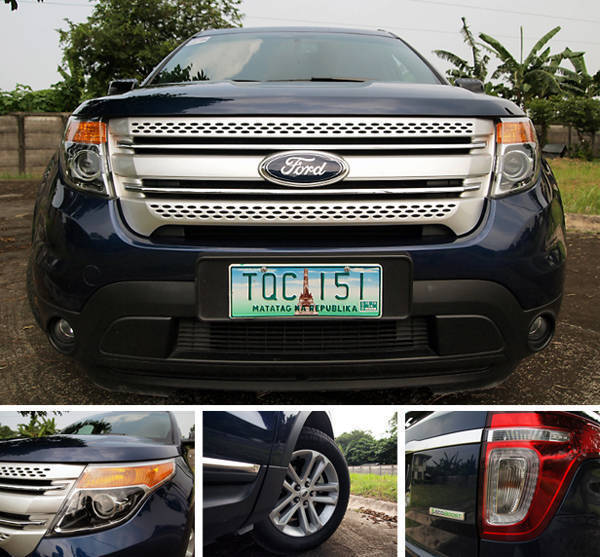 You don't need a translator to tell you that this Oppa is very Gangnam. Whether GTDi or V6, the Explorer definitely gets its swagger on. There is a bit of Land Rover here, a bit of Ford Edge there and a whole lot of truck in between.  Maybe too much truck.

That massive front chin scrapes parking curbs everywhere. The 18-inch alloys are very sporty, but look somewhat lost in the huge wheel wells. And in case you forget what you're driving, Explorer badges are everywhere even on the headlights. 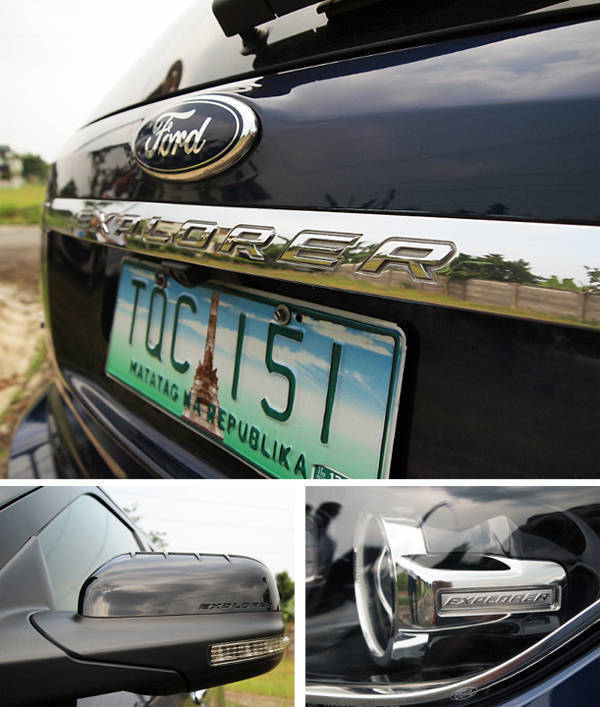 While the XLT lacks the power-fold third row and dual sunroofs of the Limited variant, it still gets power front seats and lots of creamy leather.  Everything else is covered in high-quality plastics and trim, except the squishy (waterproof) armrests. 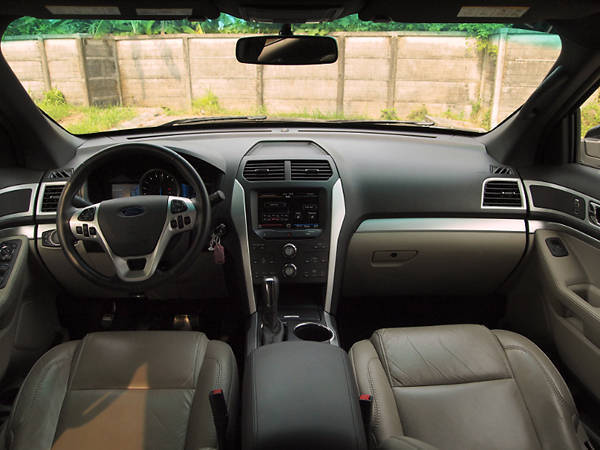 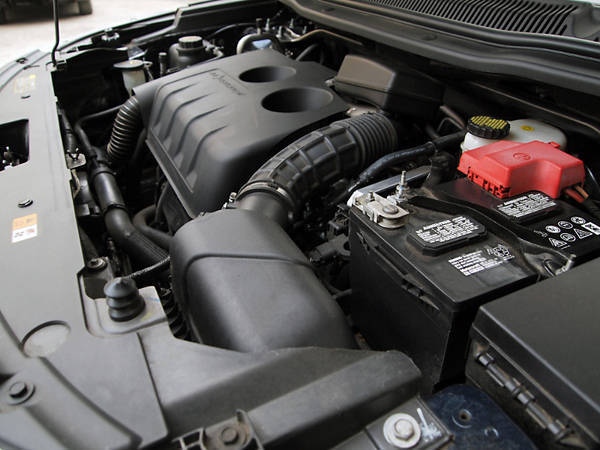 Ford's new Gasoline Turbocharged Direct Injection technology gives the 2.0-liter "Ecoboost" a healthy 240hp and 366Nm of torque. Some throttle lag and over-run are observed in stop-and-go traffic. But this variant is much peppier and more responsive than the V6. It's only past 120kph that it feels less potent, pulling less urgently to the 180kph speed limiter, but most owners won't mind.

With the long-legged six-speed automatic, the 2.0 delivers outstanding highway economy at 10-14km/L. But the 3-5km/L we got in traffic is identical to the V6. There's no getting around the fact that the Explorer is a very heavy truck. 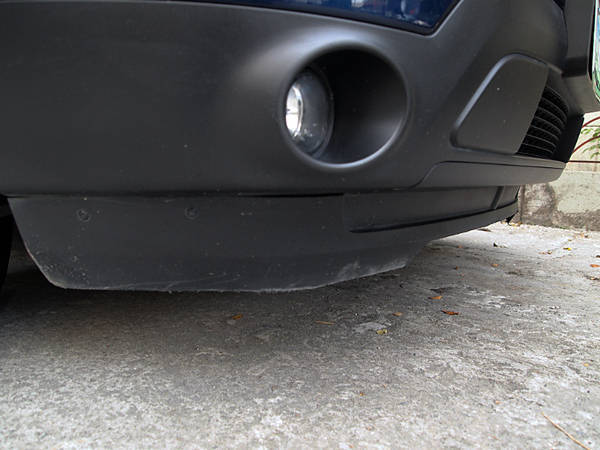 The GTDi's ride is more compliant than the V6's, thanks to the smaller wheels. This is a welcome comfort over country roads. With a torrent of torque going through the economy-biased Michelin Green-X front tires, the handling is not quite as settled as the V6's.

Not that this will matter to most buyers. It is still worlds better than the previous truck and comfortably above par for the class. About the only real-world nits are the side mirrors two sizes too small for a vehicle the size of a compact bus. Without the rear camera, parking would be a hopeless exercise. 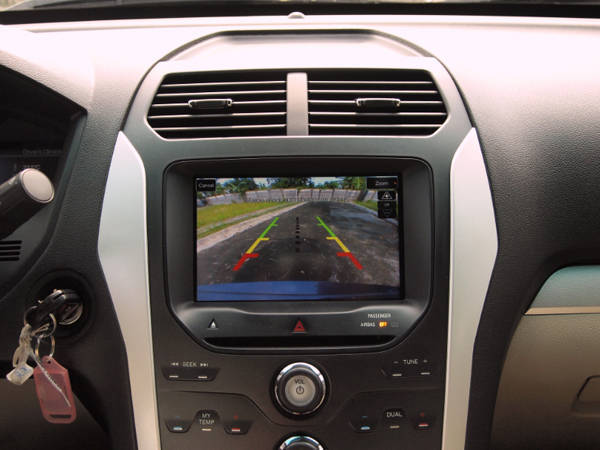 Along with that rear camera, the GTDi comes with traction control, hill descent control, voice command, the MyFord Touch infotainment console, and a dual-LCD instrument cluster with a bevy of display functions. Bluetooth, SD, USB, iPod and AV auxiliary options can also keep you busy. To be honest, I found myself looking at the "PAY ATTENTION TO YOUR SURROUNDINGS" warning more often than I'd like to admit.

While I found MyFord Touch frustrating at launch, the current software upgrade is more responsive than before despite the odd hiccup. Yes, you can update your Explorer just like a smartphone. Now, if only you could plug it in, too.

While it's not electric, the "Ecoboost" does a fair job of saving gas. But in heavy Philippine traffic, the real-world difference is negligible. It would thus seem foolish not to opt for the fully-loaded V6 Limited instead, except if your daily commute includes the entire stretch of the NLEX.

Whatever flavor you get it in, the Explorer is a grand bargain, and it's no wonder that Ford can't bring them in fast enough to satisfy buyers.

Review: Chevrolet Orlando LT AT
View other articles about:
Read the Story →
This article originally appeared on Topgear.com. Minor edits have been made by the TopGear.com.ph editors.
Share:
Retake this Poll
Quiz Results
Share:
Take this Quiz Again
TGP Rating:
/20