It does great on the highway as well 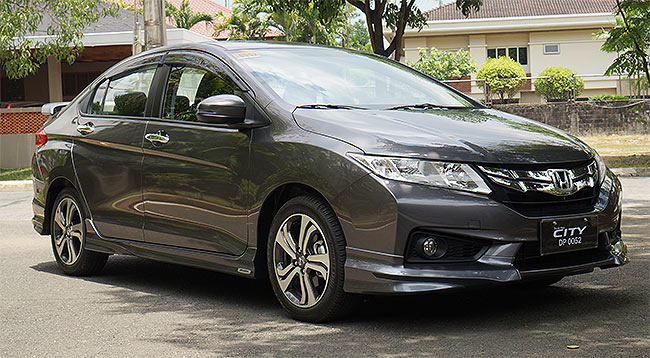 All carmakers have that one model they cannot fumble with. BMW has its 3-Series, Mitsubishi has its Montero Sport, and Honda has its City. The latter competes in the most profitable segment in the market based on unit sales. So it's an understatement to say that a lot is riding on this latest model's success. It's a good thing the new City is more than ready to take on the challenge of boosting Honda Cars Philippines' bottom line this year.

At first glance, you will be forgiven for wondering if the new City is merely face-lifted from the previous generation. The front looks very familiar, it's as if only the grille was changed. But let your gaze linger and you'll see that the front wheel arches are more pronounced.

Past the face, the City's new look asserts itself. It's impossible to miss the distinct crease that runs under the door handles and leads directly to the handsome taillights. There's nothing to criticize about the City's rear. Even without the nifty Modulo wing, it looks distinct and attractive. And if you decide to spring extra for the kit, it's a worthy investment. The Modulo bits blend well with the new City, needing only aftermarket wheel upgrades to complete the look. 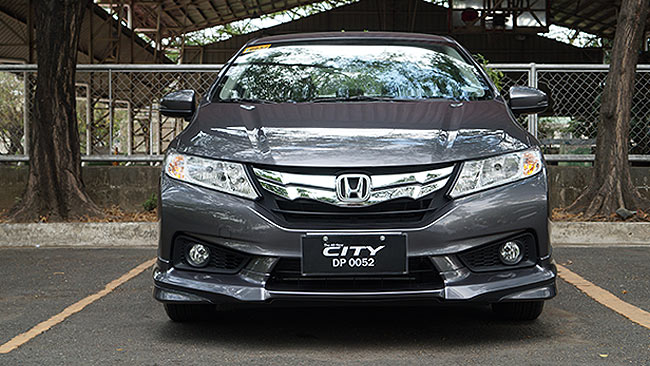 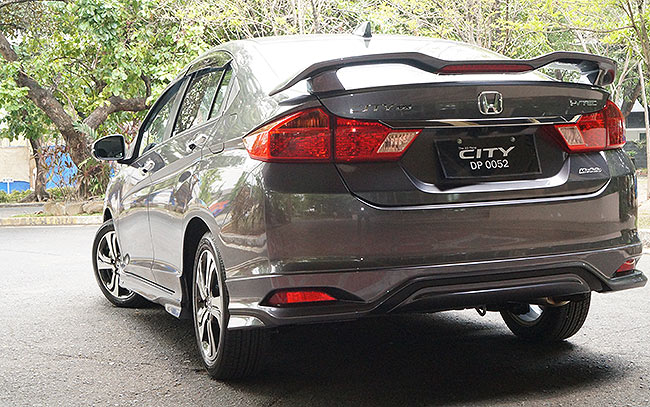 The City cabin is a lovely place to inhabit. You can be stuck here for hours during one of those godforsaken Metro Manila traffic jams and still find comfort in the solid surfaces, the premium-feeling plastics, and the plush materials. We know this sounds a bit effusive, but the City's interior is almost Accord-level in terms of looks and build quality. It's certainly the best cabin in the subcompact segment right now.

And there's the amazing touchscreen for both audio and climate controls. Yes, touchscreens are common nowadays, but the City's interface is intuitive and responsive. There's almost no lag when tapping instructions with your fingers. A neat party trick is the HDMI mirroring feature. You connect your Apple device to the City's HDMI slot, and the Honda's screen will mirror what's on your smartphone! 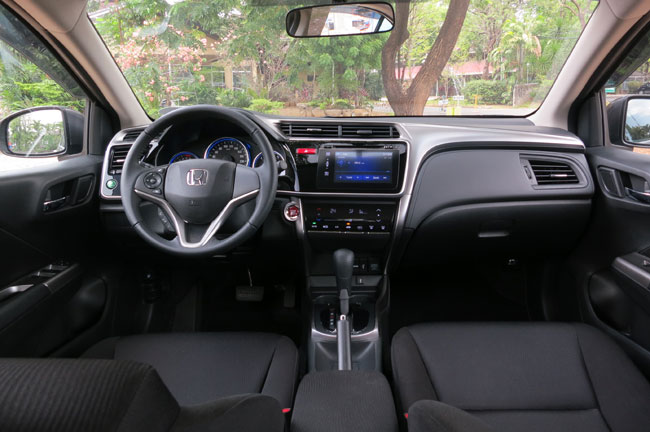 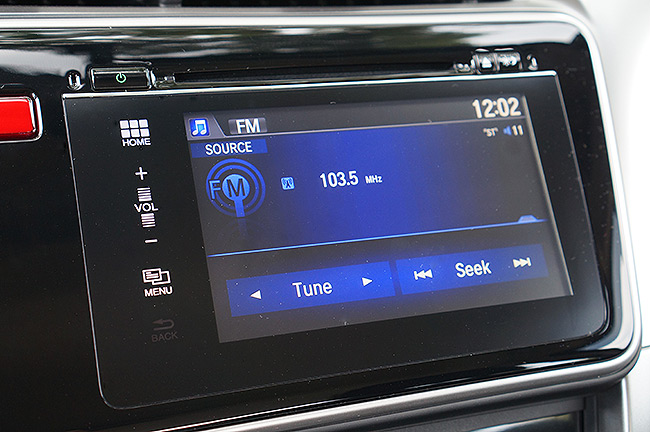 Honda has fixed its past CVT issues and reintroduced this type of gearbox in the City. It is mated to a 1.5-liter SOHC four-cylinder mill largely carried over from the past-generation City. Needless to say, it's a wonderful match. In, er, city or highway situations, the CVT complies willingly with your motoring needs.

The gearbox can squeeze out most of the 118hp from the engine on the expressway, and at the same time maintain a fuel economy of 9-10km/L when puttering around town in regular traffic. 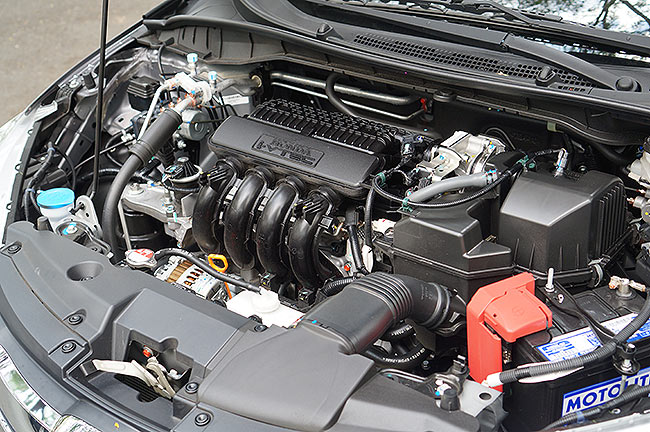 Thanks to Honda's driving event and our personal test-drive loan, we've already driven the City as far as La Union and several days in urban situations. On the highway, the powertrain and the chassis have no trouble maintaining a stable ride at speeds north of 100kph. Cabin insulation is excellent, as is the damping. The backseat lulled all who sat there with its ride comfort and midsize-level spaciousness.

In the city, the car is responsive and nimble. The now-familiar Honda steering wheel is pleasant to hold when driving. The City leans toward comfort moving around the metropolis, proving that it's in its element when navigating its namesake. But there's still enough sportiness left to have some fun on a late-night drive home. 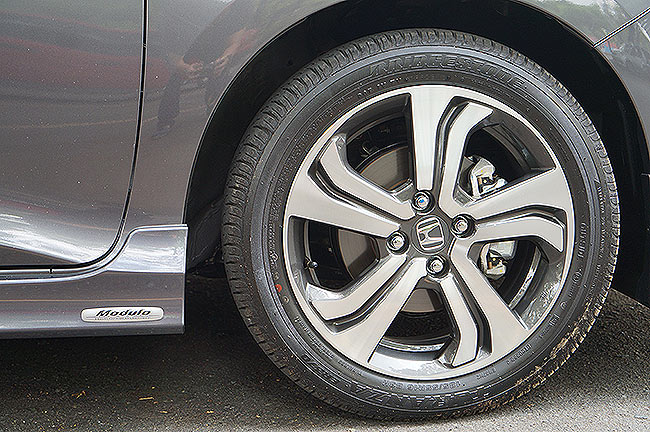 We feel that this car is the most tech-laden model in its category (and maybe including some higher-category cars) on sale today. It's not just the touchscreen functions, but also how well this high-tech feature is implemented.

We also cannot emphasize how improved the rear legroom is. If not for the Civic's width, we'd say the City has better legroom than its compact-sedan sibling. And of course, the air-conditioner lives up to Honda's cool rep. 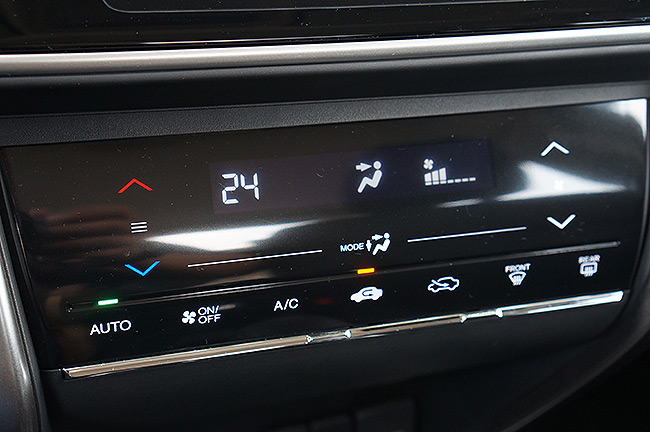 If it's basic, comfortable transportation that you want--assuming you don't need to haul cargo or an extended family--the new City will serve your requirements perfectly. Its design is pleasing without alienating the conservatives; the good build quality can be felt all throughout the car, especially inside the cozy cabin; and the powertrain has been refined to an ideal balance of comfort and athleticism.