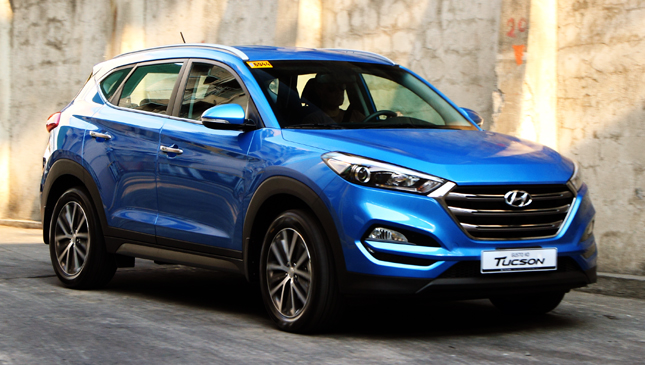 The Tucson has always been one of Hyundai’s most popular models. On the road, you’re bound to see a few of it driving by, particularly the second-generation model that was sold locally from 2009 to 2015.

Introduced locally in September 2015, the third iteration of the nameplate looks like a shrunken Santa Fe. That’s because it also adopts Hyundai’s Fluidic Sculpture 2.0 design language, starting with the sculpted front bumper and the bold hexagonal chrome grille sandwiched by sleek projector-type headlights equipped with sizable LED running lights. It’s a very clear departure from the previous form, which was cute instead of masculine.

But despite its boxy silhouette, the Tucson has a drag coefficient of 0.33, which is supposedly comparable to that of a second-gen Audi A3, an S14 Nissan Silvia, and a Lamborghini Murcielago, to name a few. This is made possible through the aerodynamic enhancements on the vehicle, namely, the front bumper lip, the transmission tunnel under-cover, and the rear spoiler. The wheel arches and rocker panel moldings do give the car a rugged visage, even though the roughest road it’ll probably see is the dirt and gravel path in something like the Pililla Wind Farm in Rizal. 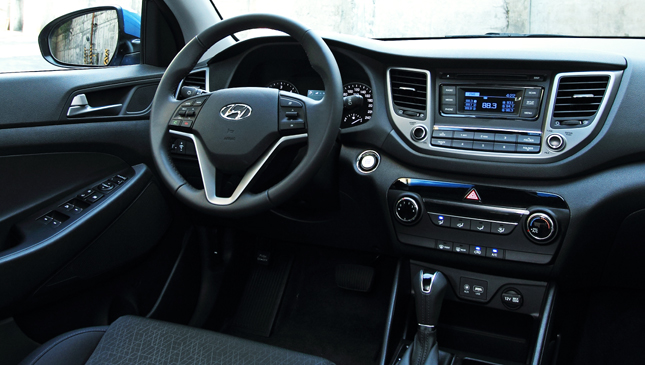 Inside, the Tucson is all business with its mostly hard plastic interior and black-on-black color scheme that complements the blue interior lighting. Leather is limited to the hefty tiller; occupants sit on well-bolstered cloth-covered seats, the driver’s perch coming with eight-way power controls and lumbar support. The design of the front seatbacks enhance knee- and legroom for rear occupants, who also get the added benefits of reclining seatbacks as well as two air vents in the center-console storage box between for improved comfort.

With the 60/40 split-folding rear bench tucked down and out of the way, the Tucson has up to 513L of cargo space. Save for the button on the key fob, the tailgate is a purely manual affair; another variant comes with a smart key that pops the tailgate open after three seconds when the system detects the presence of the key right behind the vehicle.

In the cockpit, driving information is displayed through a twin-gauge cluster. The Bluetooth-equipped audio system foregoes a touchscreen in favor of traditional buttons and dials, meaning operation can be done through tactile feel with only an occasional glance at the 3.8-inch mono LCD. 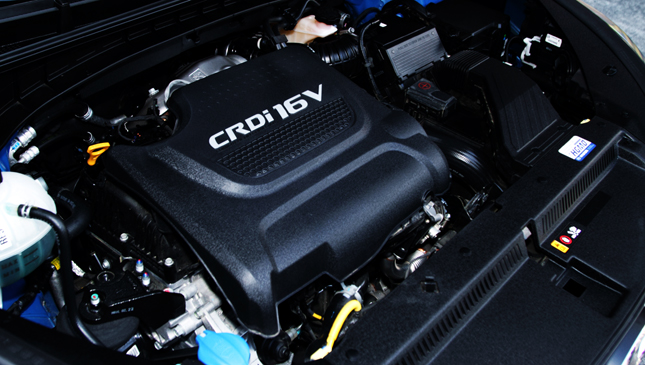 Under the large sculpted hood of the Tucson is a 2.0-liter CRDi mill paired to a six-speed automatic transmission with manual control. According to Hyundai, the powertrain "offers improved fuel economy and durability for more dynamic drives." And so it does--we were able to get 8.8km/L in Metro Manila payday weekend traffic and on a jaunt up and down Tanay. Not bad considering the unit had just over 200km on its odometer. The transmission is good enough to be left alone in regular automatic mode, although those who prefer to swap cogs themselves can do so through six forward gears.

On the twists and switchbacks of the Marilaque Highway, the combination of front MacPherson struts and rear multilinks proved capable, but it was hard-pressed to defy physics when taking turns briskly. We just wish this particular variant were equipped with padding on the outside of the center console, particularly by the driver’s right knee, for added comfort and support when cornering.

Thankfully, the floor-mounted organ-type accelerator pedal equates to comfort during long drives since it naturally follows the motion of your foot. As for the steering, it feels mostly neutral but a bit languid through the corners with the Drive Mode Select system in Eco mode. It does improve, along with powertrain delivery, in Sport mode.

The all-new Tucson is a good crossover and an excellent alternative to the gas-powered models in its class. The brawnier design over its predecessor means it can go toe-to-toe, style-wise, with everyone else. And for six months, it was practically the only vehicle in the compact-crossover segment with a diesel mill—until the latest Kia Sportage came along last March (with practically the same powertrain under a polarizing body shell, but at roughly P100,000 less).

This actually calls for a Big Test between the two vehicles soon, but right now, we suggest you take a very good look at the Tucson if you’re in the market for a competent, economical, and fun-to-drive crossover. 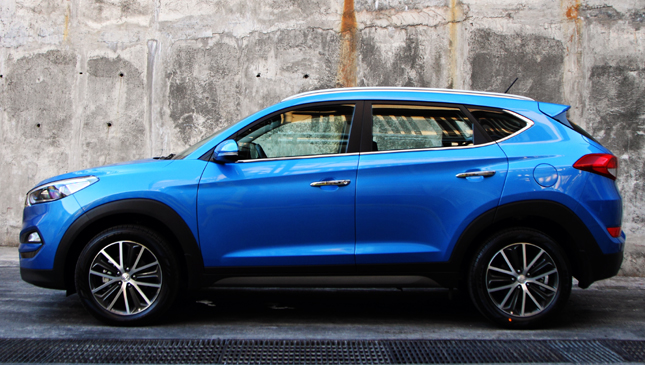 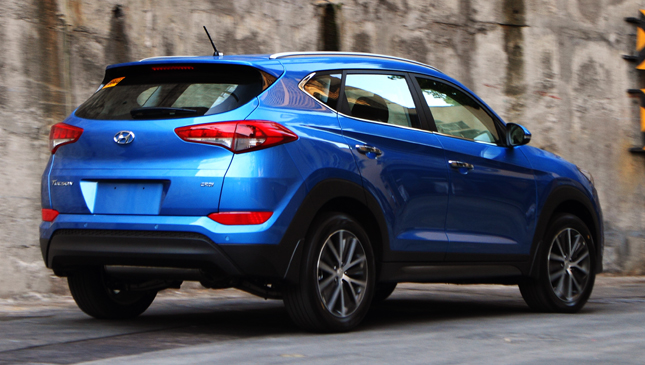 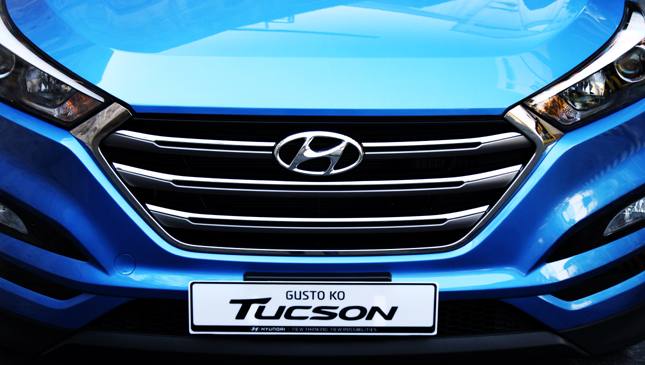 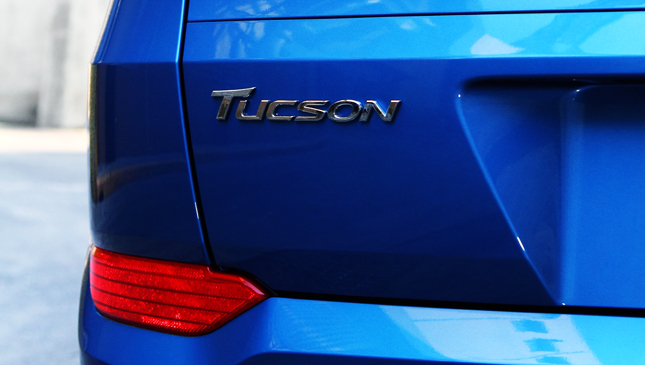 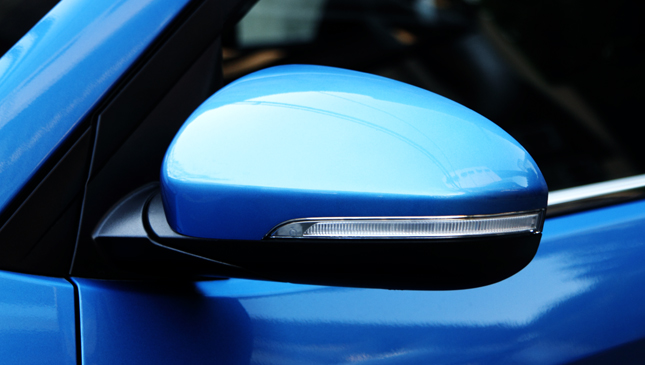 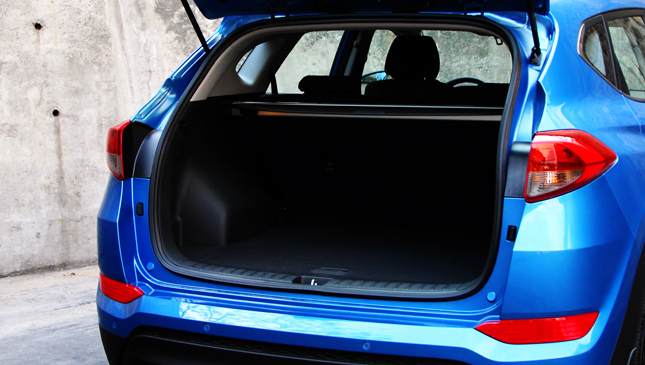 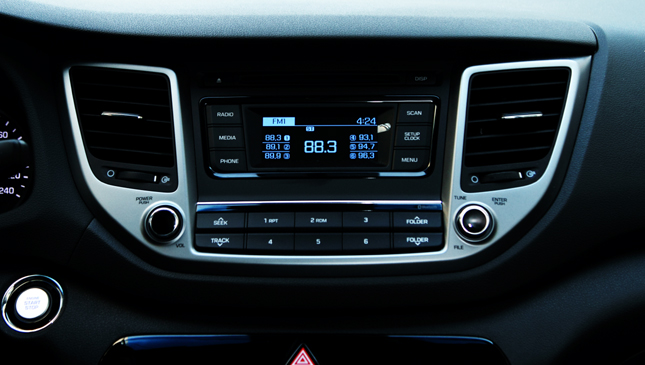 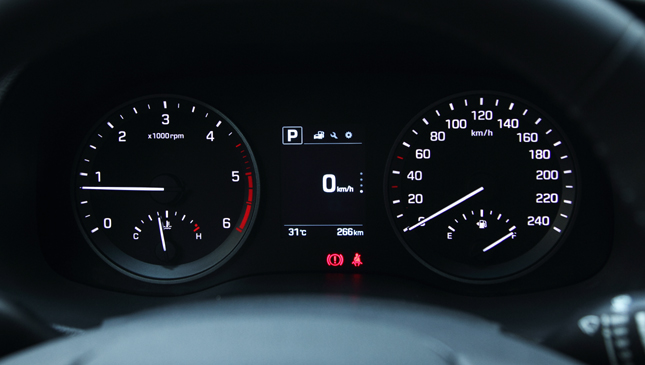 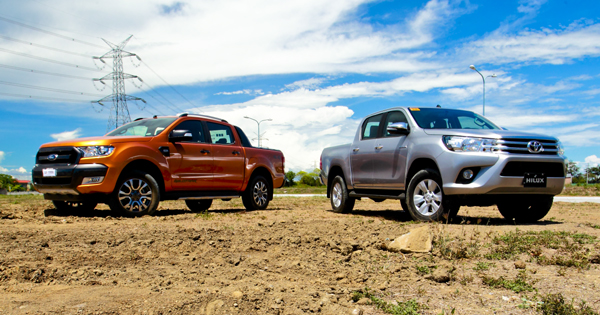