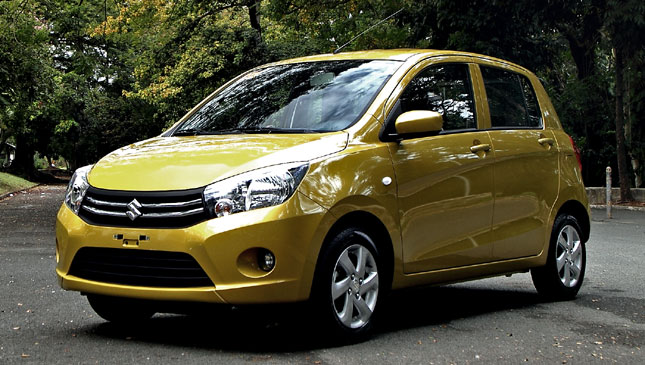 We can never avoid talking about little hatchbacks. I personally have a soft spot for them—I think they bring charm to the streets, and it’s the appropriate vehicle to own these days given the traffic density and the price of fuel.

At a Big Test shoot a few months ago, a discussion about these micro cars with writer Niky Tamayo naturally led to the Suzuki Celerio. Our resident eco nut couldn’t stop raving about the CVT variant and the fuel consumption it yields. “You should try it. The new transmission is pretty good,” he said. The prospect sounded all the more enticing.

But I get the manual instead. Am I disappointed? I can’t say I am. A small hatchback with a manual gearbox always provides cheap thrills. And Suzuki knows the formula all too well. The throw is quite short and the clutch pedal has the right amount of mush—not too soft, not too springy—so this car is something you can toy around with and use as your daily driver without having to exhaust your left foot too much. 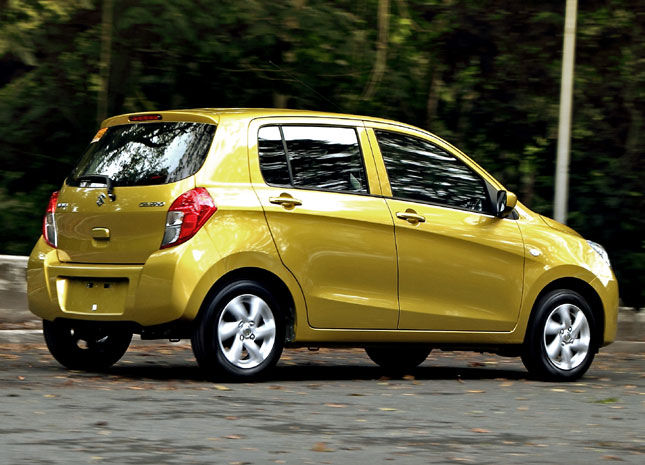 Before going on with the mechanicals, however, let’s talk about the new look, which has gotten much attention and is a departure from the quirky design of the preceding generation. It’s more generic to reach a wider audience, but I do like it; it’s clean and it looks like it can cut through the air better.

Measuring 3,600mm long, 1,600mm wide and 1,540mm tall, the Celerio is diminutive, but other drivers don’t seem to bully you as much, probably because of its more serious appearance. I couldn’t say the same when I had the Alto and when I tried out the old Celerio on different occasions. That’s probably a good sign for the new model.

The profile initially reminds me of the previous Yaris, the front end likewise reminding me of Toyota’s current design direction. A bit of Volkswagen as well. But definitely Toyota, with that familiar headlight-grille combo that includes slats creeping into the headlights. The rear, meanwhile, is more functional with a bigger tailgate. This hatch rides on six-spoke 14-inch alloys as opposed to the steel rims of the old model, making it look more upper-class. What good a proper set of wheels can do. 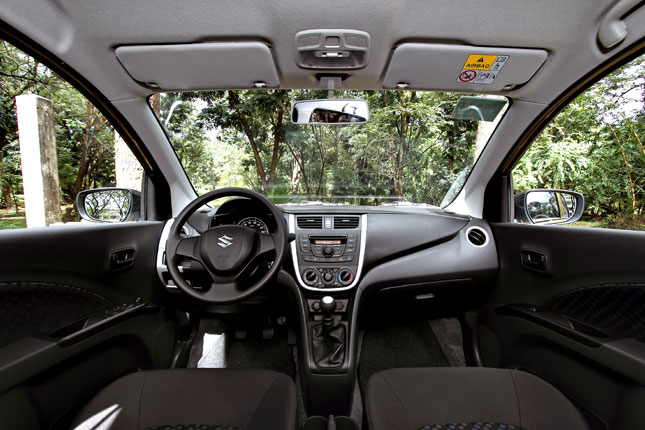 The interior is equally straightforward. Gone is the odd, motorcycle-inspired rev counter, replaced by a more traditional gauge cluster. The interior is now reminiscent of the Swift’s. The Celerio is more mature inside and out, and the new approach should do it some good among conservative buyers.

There’s better quality all around, too. Knobs and buttons don’t feel flimsy. The previous model was cute, but the plastics and the seats felt cheap. This one has firm and supportive seats. It’s also roomier, thanks to taller headroom and bigger leg space. With a six-footer behind the wheel, someone of similar height can sit comfortably at the back and still have a few inches to spare before their knees graze the front seats.

Also very decent are the rest of the features, such as the audio sound quality, the trunk capacity, and the 60/40 split-folding rear seats. Don’t expect much with the NVH levels in this class, though. Stopped beside a delivery truck or a motorcycle, you’ll hear what their occupants are talking about. 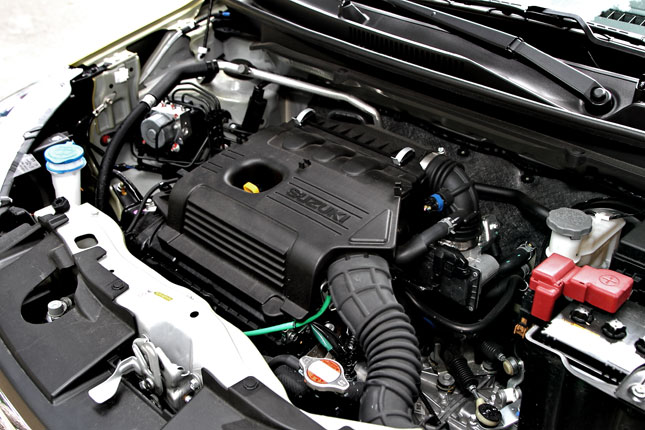 Going back to the mechanicals, the Celerio is propelled by the K10B 1.0-liter three-cylinder 12-valve engine, which is quite a good match for the manual ’box. It delivers 67hp @ 6,000rpm, but you’d want to keep the shifts short to achieve the best numbers possible.

We managed 10-12km/L around the city and 20-22km/L on the highway (at about 100kph). If consumption isn’t a pressing matter, its high-revving nature is engaging, without bringing the numbers down too much.

Overall, this car is enjoyable to drive. Steering is quite firm for such a tiny vehicle, the turning radius is pretty tight, and the brakes are easy to modulate. 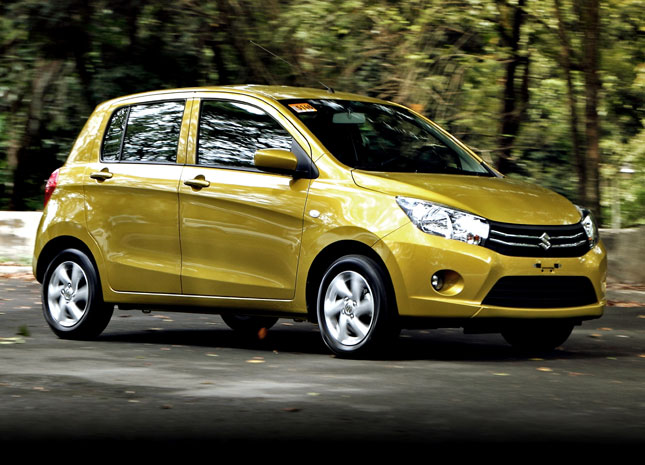 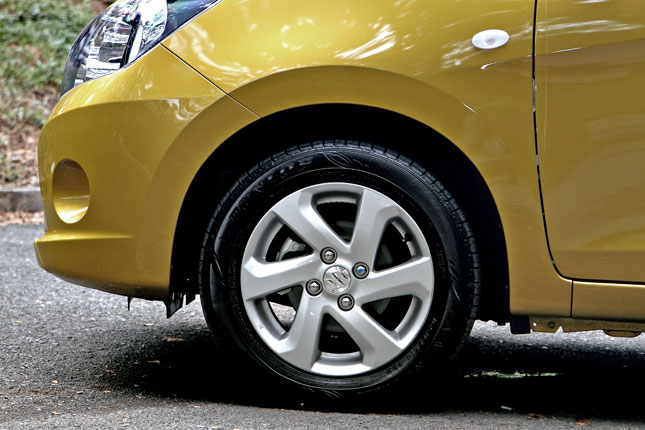 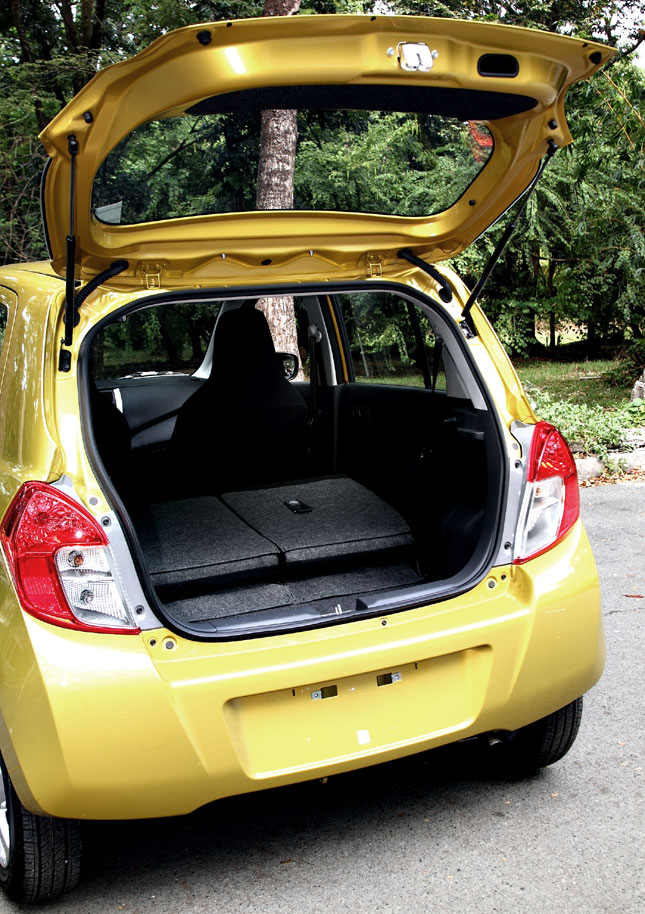 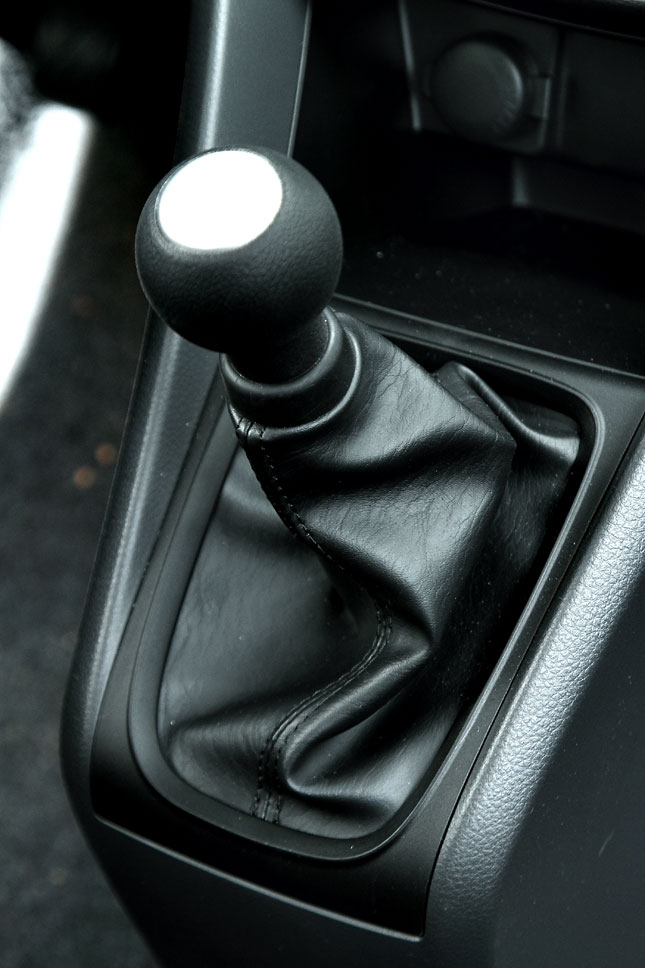 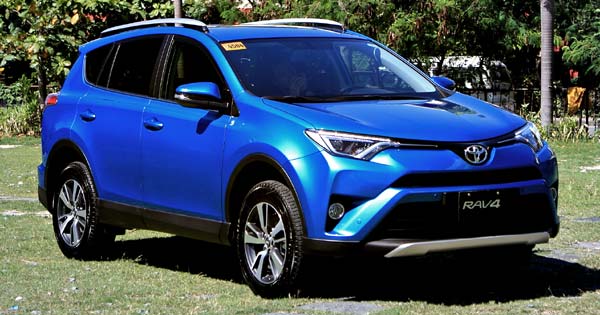