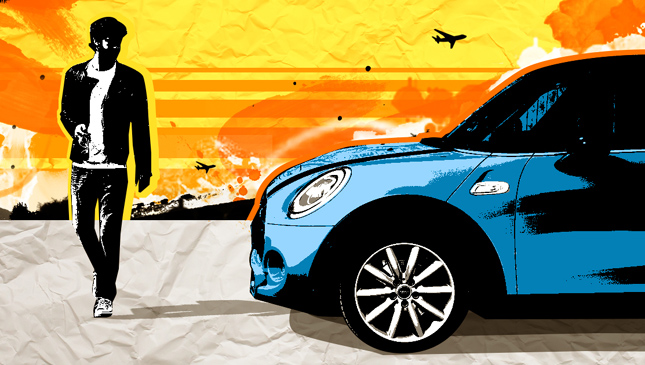 I had wanted to own a car for as long as I could remember. Back in the day, I used to dream of owning a cute little Toyota RAV4 or a Mazda 3. In 2013, that aspiration finally came true, although the car I ended up with was neither one of my two dream cars.

Down payments are so affordable these days--even cheaper than a new laptop. For my first ride, I kept my budget reasonable and chose a Hyundai Eon with a 20% down payment and a five-year financing plan. Soon, I found out that there was more to owning a car than just plunking down the initial cash outlay.

1. The first few months were absolute bliss. When my car finally rolled out of the showroom, it was an amazing feeling--the new-car smell, the fake leather seats, the fully functioning audio and aircon systems, the sound of the road permeating the cabin. I was ready to rip the highway open. Okay, maybe not--an Eon isn't exactly going to do that. But I easily reached 1,000km in the first month, and trips to the casa were exciting. Preventive Maintenance Service (PMS) in the early months never broke my pocket as I'd usually only shell out around P1,000 for this. This wouldn't last long.

2. The first break-in trip is unforgettable. Where would I take my new car for its maiden journey? At the time, I wanted it to be somewhere I was comfortable driving to. So instead of Baguio, I headed to Subic to condition my ride for the duration of my ownership.

3. You clean your ride way too often. Eventually, I realized I shouldn't be too iffy with my car's hygiene. After all, sudden downpours and the resulting puddles always ruin a good wash anyway. Plus, our dust-covered roads are way beyond our control. Looking back, maybe I did it to give my girlfriend the impression I was a tidy dude.

4. Your fuel budget is a huge pain. I did my research. I read reviews and browsed forums regarding fuel expenses--but I still didn't anticipate fuel consumption would sting me financially as much as it did. Sometimes, P500 would cut it. Sometimes it wouldn't. Your effort toward saving enough to keep your ride from getting thirsty is a fine line between driving and having to take a cab.

5. Payments, payments, payments. If, like me, you went for a five-year loan, by now you've surely realized it's way too long. While it's cheaper to pay monthly if your plan is longer, it's also more of a hassle in the long run. If you didn't plan well, expenses would pile up and the bank might have to repossess your ride. It's enticing, yes. But never take the cost of ownership for granted. I'm hoping to pay off my loan by 2018. Until then, saving should be a habit.

6. Preventive maintenance is expensive, but it gets the job done...sort of. The warranty is important so I make it a point to follow my casa's maintenance schedule. When my shifter cable broke, my car had 34,000km on it. The service center fixed it under warranty. PMS prices hover between P3,000 and P12,000 depending on the service advisor's "add-ons." I kid you not: My 20,000km PMS got to P12,000. I have receipts to prove it. Note: You don’t need engine flushing. Also, the super coolant and the brake cleaners are likely just to pad your expenses.

7. What the?! Annual car insurance?! The first time I was contacted by insurance was a year after I'd bought my car. I also got a letter from the bank reminding me to renew said insurance. I was caught by surprise. The bank requires comprehensive insurance because they still technically own the car until you've fully paid off your loan. Puzzled, I asked my dealer what the best course of action was. They have one in-house, but you can also opt to shop for "cheaper quotes" elsewhere. It's a dent in my budget, but I guess that's what I pay for safety. As I write this, I've just paid P9,000 for this year's insurance. Luckily, my car is small; I can’t imagine how much you would pay for an SUV.

8. Registration woes. A new car with three years of free LTO registration? That's a sure win in my book. Or so I thought. Just like all new car owners, I received my plates and stickers well past they were due. They were almost useless by the time I got them. This year, I let my dealer handle my registration. After a week, I had my official receipt, although my stickers are still non-existent. Good job, LTO!

9. Dents and bumps are part of the learning process. If you're a new car owner, chances are you're intimidated by the prospect of motoring in Metro Manila. You should be. One time, a tricycle swiped my bumper and sped away like it was nothing. Another time, I rear-ended an FX because I was looking too long to my left. Then there was that incident where I jumped over a curb while navigating my car through a parking lot. And that time I damaged my door while entering a garage during a storm. No biggie. We learn from our mistakes.

10. You seem to be a magnet for traffic violations. Violations have been a near-monthly occurrence for me since I bought my car. It might be due to carelessness on my part, or perhaps the inconsistent regulations in every city. I've been cited for touching an intersection's yellow box in Pasig, and entering a one-way road in Makati with hidden signage even Kim Henares wouldn't spot. Subic, Taguig, EDSA--the list goes on. I'm not proud of it. I also learned how to decipher this loaded line from traffic officers: "Sir, masasayang lang ang oras niyo. Ano, titikitan ko na kayo?" Still, I hand them my license and suffer the consequences of my actions. I may be a new car owner, but I'm not gullible. 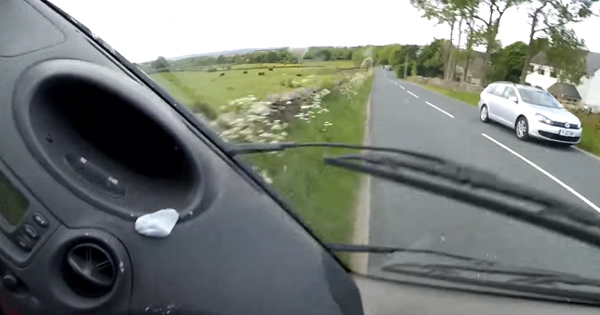 The best of YouTube: So this is what it's like to be inside a flipping car
View other articles about:
Recommended Videos
Read the Story →
This article originally appeared on Topgear.com. Minor edits have been made by the TopGear.com.ph editors.
Share:
Retake this Poll
Quiz Results
Share:
Take this Quiz Again
TGP Rating:
/20