A year of cars, comedy and viral gold

The most epic 'unboxing' video of 2017. YouTube gearhead TheStradman has some of the most impressive car 'unboxing' videos on the Internet to his name. This one featuring a brand-new Bugatti Chiron is without a doubt our favorite. Who would've thought it would look this good in yellow?

Anchan, just buy the damn Daihatsu already. We couldn't get enough of this Japanese car commercial a couple of months ago. Seriously, we spent a good half hour just watching Anchan's facial reactions on repeat in the corner of our office.

The best used car ad ever produced. The all-new Suzuki Vitara may have arrived this year, but this used one still trumps it in terms of marketing. Eugene Romanovsky, reported to be a visual effects artist, struck viral gold with this VFX masterpiece earlier this year, and it isn't hard to see why.

'Tiny Dancer' finally gets a music video. Better late than never right? Most of the music video takes place inside the cars of several Californians from different walks of life. Touching stuff.

Can a bunch of RC pickup trucks tow the real thing? The simple answer is yes. The real question is how many Tamiyas (each with a maximum torque of 23.2Nm) it will take to pull a Toyota Hilux.

The lengths a car guy will go to save his ride. In 2017, Hurricane Harvey battered parts of the US with strong winds and unrelenting rain. The storm ruined homes, businesses, and yes, cars. But thanks to some ingenuity and quick thinking, this dude was able to save his prized BMWs.

Ken Block takes on Pike's Peak. The YouTube sensation finally tackles Pike's Peak with his badass Ford Mustang 'Hoonicorn.' This video features some of Block's most hair-raising  drift sequences yet.

More Block, this time in the desert. The second Block video on this list features his new 600hp Ford Fiesta ST 'RX43.' It's the first time Ken truly takes his talents off-road, hence the title 'Terrakhana.' We can almost taste the dirt in our mouths just watching this.

This Subaru thinks it's in the Winter Olympics. We still don't know if we should be clapping or cringing watching a perfectly good WRX STI get bruised and battered sliding down a bobsled course. Maybe a little bit of both? 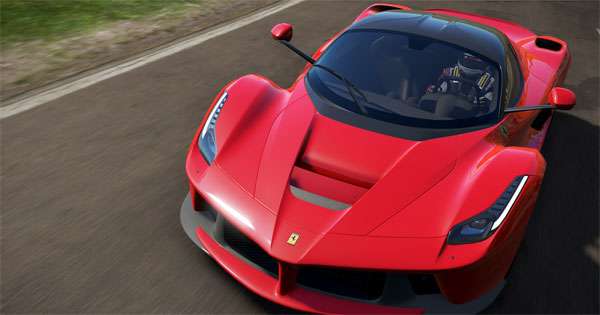 7 things we learned from racing games in 2017
View other articles about:
Recommended Videos
Read the Story →
This article originally appeared on Topgear.com. Minor edits have been made by the TopGear.com.ph editors.
Share:
Retake this Poll
Quiz Results
Share:
Take this Quiz Again
TGP Rating:
/20