The Decision: Should I get the Toyota Rush or the MG ZS?

A reader asks an intriguing question
Oct 13, 2020
CAR MODELS IN THIS ARTICLE

Hello Top Gear PH,
Can you give me advice on which car I should choose to buy: The Toyota Rush G or the MG ZS Alpha? I’m really confused right now. Hope you can help. Thank you.

This is an intriguing and increasingly common conundrum for car buyers. These two segments—small SUVs and subcompact crossovers—are nearly identical in size and price, so it can be confusing deciding which one is the better purchase.

Ever since Honda launched the BR-V back in 2016, carmakers have sought to join this mass-market segment with their own offerings. Since then, budget models like the Rush and the Mitsubishi Xpander have entered the fray. These cars are targeted toward small families, especially the top-of-the-line variants that offer seven seats.

The ZS, meanwhile, has a commercial which begins with a guy in white kicks riding a skateboard, which tells us that MG sees this as a crossover for young adults. This comparo hammers home that point, as the ZS has the edge in tech, but more on that later.

Of the two, I’ve only driven the Rush in-depth, and I previously wrote that it’s “a solid albeit unspectacular bit of kit.” It ticks all the boxes you expect of a modern SUV, but it won’t wow you behind the wheel. Its 1.5-liter engine, paired to a somewhat jerky four-speed gearbox, does fine on flat roads, but struggles on steep climbs from a dead stop. On top of that, the ride comfort is fairly average, and the infotainment system leaves a lot to be desired. But it does offer seven seats over the ZS’s five.

On paper, the ZS wins out in the tech department. It’s also powered by a 1.5-liter flat-four with a four-speed transmission, but it has the slight advantage of a manumatic setup. As far as amenities go, the ZS Alpha offers an eight-inch touchscreen display with Apple CarPlay, cruise control, and a tire pressure monitor—things which the Rush lacks. On top of that, it’s got full disc brakes compared to the Rush’s disc/drum setup.

Where the Rush trumps the ZS is in its brand name. With Toyota, you get the trusted service and reliability that the carmaker is known for. MG’s local distributor, The Covenant Car Company Inc., has been active for about a decade so it’s relatively new. Also unknown is whether or not the cars themselves stand up to the rigors of our roads in the long run.

As for me, I’m a big believer in driving something that’s enjoyable, so I’d suggest going for the ZS. Minus the two extra seats, it offers everything else the Rush does on paper but with superior tech. If you’re going to be stuck in traffic, you might as well be entertained, right? 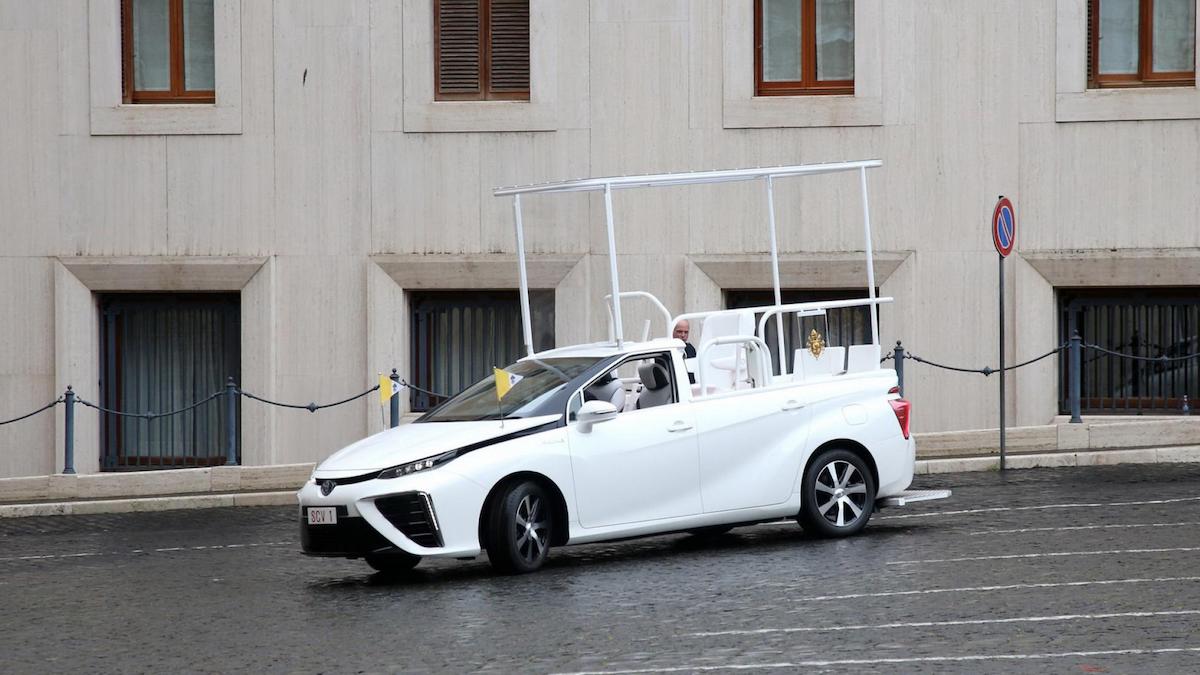 The latest Popemobile is a Toyota Mirai
View other articles about:
Recommended Videos
Read the Story →
This article originally appeared on Topgear.com. Minor edits have been made by the TopGear.com.ph editors.
Share:
Retake this Poll
Quiz Results
Share:
Take this Quiz Again
TGP Rating:
/20