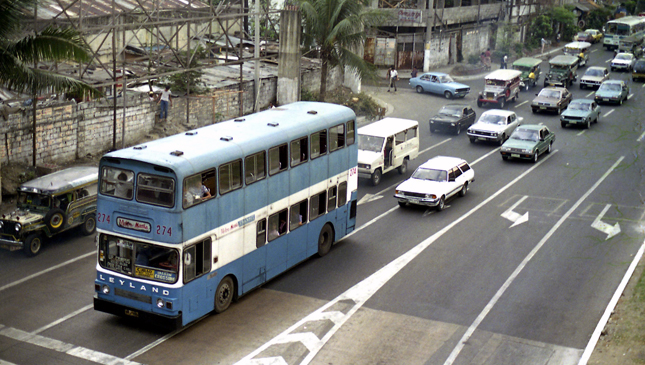 The year 1986 was a year of political change for the Philippines, but for the motoring industry, it was part of a long slog out of darkness, from the slump that reached its nadir with the assassination of Ninoy Aquino in 1983, the halving of the value of the peso over the next two years, and the pullout of foreign investment and production. Companies that had been all too eager to play ball with the dictatorship's Progressive Car Manufacturing Program (PCMP) when money had been good, deserted it as the economy went south.

Local cars were eventually limited mostly to the boxy Nissan Stanza and the ever-popular Mitsubishi Lancer. The former has now rusted into oblivion. The latter, despite being some of the cheapest cars on sale ever in the Philippines, is now a treasured heirloom. It's a common joke that the Lancer Box-Type is a car that doesn't depreciate. Before the collapse of the peso, it cost P25,000 brand-new. Nowadays, you'd be lucky to pay less than twice of that for one that works properly!

After the economic free fall precipitated by Aquino's assassination, a return of investor confidence and peso stability post-EDSA saw gas and diesel prices stabilize at around P7 and P5 per liter, respectively, slightly down from pre-revolution prices. At this point, however, the local car industry was anything but steady. It was in tatters.

The PCMP, which started out with lofty ideals, was shackled by crony politics, poor competitiveness and poor growth, resulting in the bankruptcy of local partners and the exit of foreign ones. Thailand's own development programs at the time proved more robust, leading up to the multibillion-dollar industry it boasts today.

It must have been hard for some, living with memories of the golden years of V8 motoring, but the reality was that the heyday of American muscle and German luxury was long in the past. Troubles with the Organization of the Petroleum Exporting Countries (or OPEC) and oil prices in the '70s had pushed the Marcos regime to prioritize better fuel economy and to discourage the purchase of large-engine cars.

And to prop up the regime's PCMP, imports were strictly limited. Thus, for the '80s generation, the Opel Rekord, the Ford Granada, the Mitsubishi Galant Sigma, the Toyota Corona Macho and the Toyota Crown were our versions of '70s "muscle." And those were becoming ever rarer as they grew older. By 1986, the ultimate survivors of the Marcos era were the GM-marketed Isuzu Gemini, the rear-drive Toyota Corolla and Starlet, the Ford "Brenda" Escort and the ever-ubiquitous Volkswagen Beetle. These would share the road with old Ford cargo trucks, which are still in use in some far-flung provinces, and the baby-blue Love Buses and double-deckers that dotted the roads at the time.

The old "Pendong" game was one fraught with peril. Spend more than 30 minutes on the road and you would be sore from all the slaps you'd receive, as the Kotseng Kuba (aka Beetle) was still everywhere. Many still exist today, although the arguably just-as-popular VW Brasilia, that '80s love child of Type-3 underpinnings and Brazilian sheet metal, is now an extremely rare sight on our roads.

For the youth of the '80s, the streets of Manila were a brave new world. The rickety, live-axle rear-wheel-drive Escorts and Corollas were starting to give way to newfangled front-wheel-drive cars. The sharp lines of the Ford Laser made it a common sight on the streets. And the Ford Telstar, with its funky futuristic vibe, was the new cool. The Mitsubishi Colt Mirage, on the other hand, was a car ahead of its time, with its dual-drive select-shift transmission and eight-gear range.

For the common man, the Toyota Tamaraw, the Ford Fiera and the FMC Anfra were the more common experience. Jeepneys of a new generation, they previewed the unprecedented success of the AUV in later decades. Those of us who spent time riding around in old Fieras would never have guessed that its descendants would feature such niceties as dual A/C and in-car LCD monitors.

The '80s were the prelude to the dominance of the Japanese; even these "American" Lasers, Telstars and Colts were really Mazdas and Mitsubishis in drag. But by 1985, Nissan and Mitsubishi were the sole mainstays of the market, as even Toyota had given up on our market, leaving the previously mentioned Japanese brands with near-total control of the roads. Though with total sales collapsing from around 30,000 in 1980 to just over 6,000 units in 1985, things were not so rosy even for them.

Still, the perception of continuity and support--in the loss of Western competitors--helped build the near-mythical reputation of Japan, incorporated from that point forward. And as older rear-drive Japanese cars finally succumbed to the ravages of time and rust, they fueled the brief explosion of owner-type jeeps in the '90s. They were vehicles cobbled together Mad Max-style from the remains of motoring's glorious past, sharing the road with the front-drive fuel-injected vehicles of its future, and the luxury AUVs that reflected a new prosperity for the middle class.

The year 1986 may indeed have been a turning point for our country, but it would take time for the effects of that to ripple through the car industry. The youth of today will not quite understand the steep decline of the market prior to the revolution, or the hows and whys of capital flight that led to this. Instead, they will only remember the slow climb back up. The traffic. The spurts and the dips of sales and production. The poor state of the roads.

But credit must be given to the Cory Aquino administration for luring back manufacturers like Toyota and Ford, which had bailed during the Marcos era, as well as new faces like Kia, Honda and Isuzu, bringing the market back up to the 30,000-unit annual sales it enjoyed in the late '70s.

Sure, it wasn't perfect, and misplaced trade liberalization and taxation policies stunted that growth, but change and growth are never easy. And look where we are now: At the end of the Marcos era, annual car sales amounted to one unit for every 10,000 Filipinos. Last year, the industry sold over 30 units per 10,000 citizens. We've got enormous multi-lane highways to the provinces, and kilometers of elevated tollways going up to support these arteries.

Thirty years ago, the entire country was stuffed into the backseats of some 4,000 Mitsubishi Lancers and Nissan Stanzas sold in tumultuous times. We've come a long way since then. It has been a difficult road, but sometimes you have to hit rock-bottom before you can start climbing back up.

NOTE: The above photo was taken by John Ward on Buendia Avenue in February 1986. 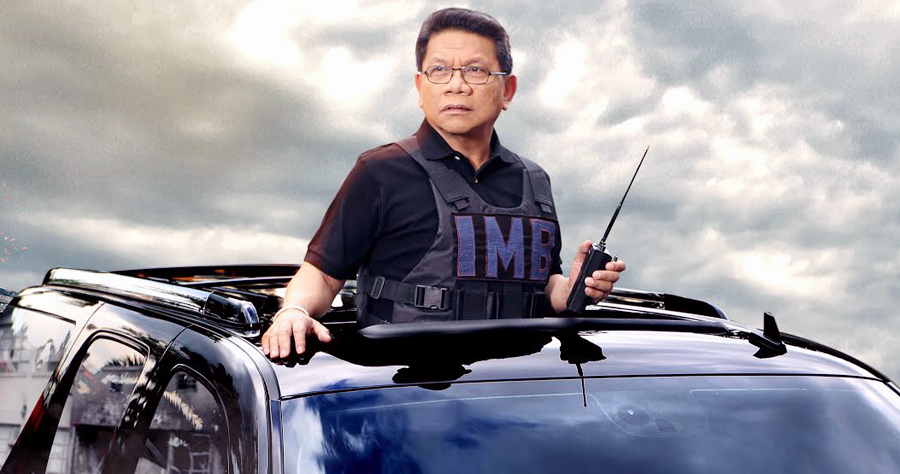 Here are 10 celebrity voices we'd like on our Waze app
View other articles about:
Read the Story →
This article originally appeared on Topgear.com. Minor edits have been made by the TopGear.com.ph editors.
Share:
Retake this Poll
Quiz Results
Share:
Take this Quiz Again
TGP Rating:
/20