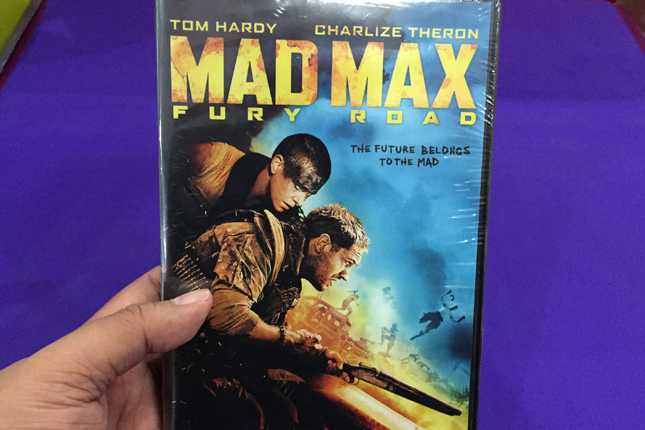 I caught the movie Mad Max: Fury Road on its last day, for the last full show. The theater was cold because there were very few people inside. I entered the movie house with few expectations, save for some social-media praises I had read online.

I was thankful there were only a handful of moviegoers that night. For the next two hours, I yelled and whooped with glee, as George Miller’s octane-fueled action masterpiece literally brought me to the edge of my seat. I would have watched it again, except that the next day, sadly, it was gone in all theaters.

Recently, I chanced upon a (legal) DVD stall near our office, and to my delight, I saw that the official video of Fury Road had already been released. So now, whether you’ve seen it or not, I’ll give you seven reasons why getting your copy of this movie is a decision you won’t regret. Trust me when I say it will be one of the best flicks you’ll see this decade.

1. The action. Fury Road is basically just several major action sequences strung together. It starts with a little chase scene, and ends with a glorious one. Sandwiched in the middle are jaw-dropping vehicle crashes, incredible stunts, and memorable character performances. But that doesn’t mean this is a mindless Michael Bay FX fest--there’s actually a story here.

2. The plot. The story is lean and focused, with no loose threads or unresolved issues. From beginning to end, you understand what’s happening with no elaborate explanations or backstory. You don’t even have to watch the first trilogy starring Mel Gibson to appreciate Fury Road’s plot. To simplify the story is to call it one long chase scene, but even the quiet moments and pauses are worth watching. No frame was wasted for this film; every shot is a delight to watch.

3. The characters. From the title, it would be easy to surmise that Mad Max, whose full name is Max Rockatansky and who is played by Tom Hardy, is the protagonist. But the center of the story is actually Imperator Furiosa, played by the beautiful Charlize Theron, who is covered in grease and soot most of the time, yet is still pretty. All the roles are interesting--even the villains Immortan Joe and Rictus Erectus--down to the bit parts. Their intentions are all laid bare, and it’s eminently entertaining to watch their characters follow their motivations to the end.

4. The cars. The vehicle production crew outdid themselves: Furiosa’s war rig, the buzzards, Rictus’s monster truck, the Gigahorse (two Cadillac DeVilles fused together), and various other post-apocalyptic machines. You can see familiar shapes here and there like a VW Beetle body or a Mercedes-Benz grille, but the cars are original designs.

5. The Doof Warrior. You’ve seen him in the trailers. He’s the warrior whose role is to literally provide a soundtrack to inspire the War Boys. He rides a truck covered with loudspeakers, and play an electric guitar that shoots flame. Yes, it’s that awesome.

6. The cinematography. There’s no other way to say it, but Fury Road is violently beautiful. It is proof that the emptiness and the desolation of an apocalyptic wasteland can be made visually poetic. There are so many scenes in the movie that can be made into wallpaper.

7. The stunts. The producers and the director said that they used real cars and real stuntmen (or stuntwomen). There’s no doubt of this once you see the film. The crashes and movements are kinetically realistic, which is how good movies should be.

Get your DVD and see for yourself. 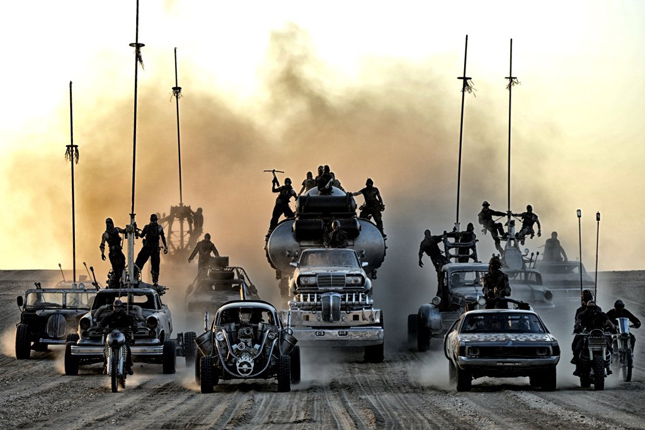 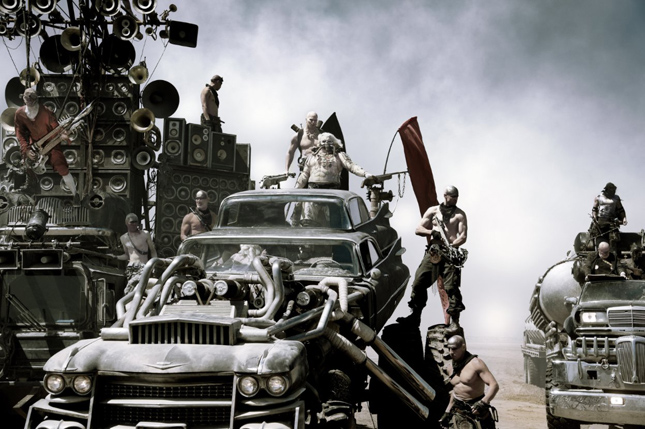 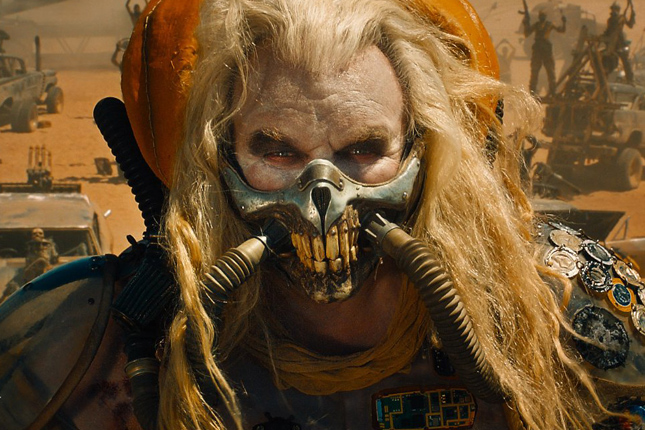 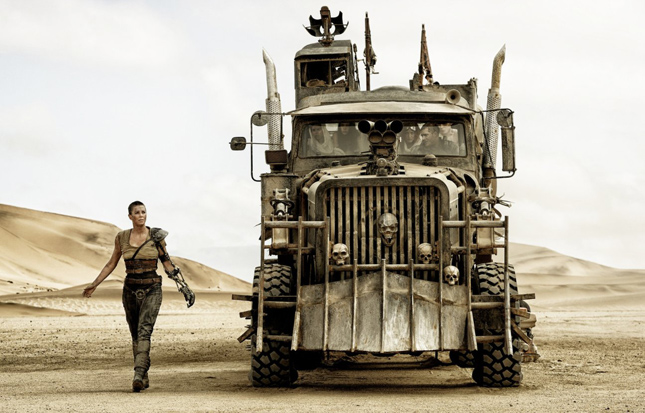 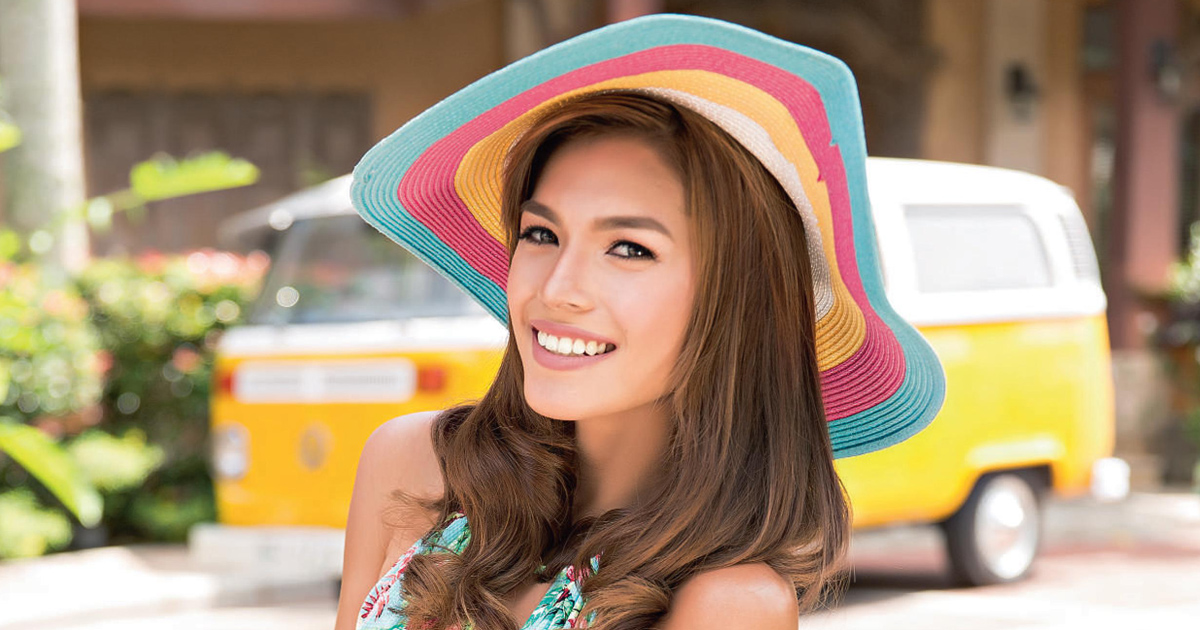 Andrea Torres is an enticing road-trip companion
View other articles about:
Recommended Videos
Read the Story →
This article originally appeared on Topgear.com. Minor edits have been made by the TopGear.com.ph editors.
Share:
Retake this Poll
Quiz Results
Share:
Take this Quiz Again
TGP Rating:
/20