A Mini that is actually mini
by Andrew Guerrero | Jan 14, 2015
CAR BRANDS IN THIS ARTICLE 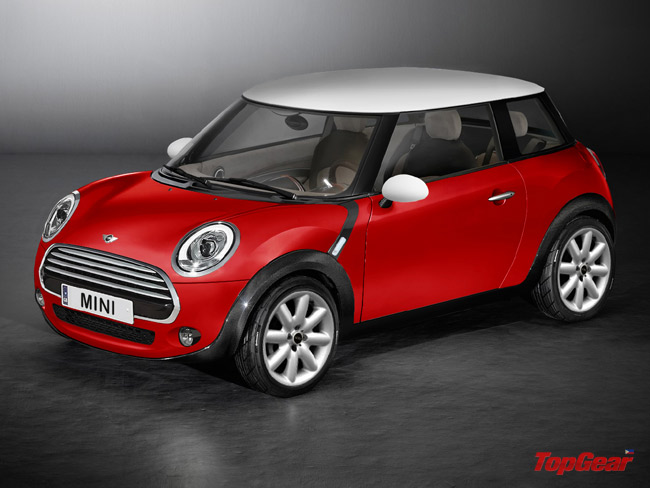 When the first new Mini was launched over a decade ago, some people thought it was a not-so-mini Mini. Eventually, the model was accepted. With each new generation, it grew even bigger. Along the way, larger Mini models like the crossover Countryman and the three-door Paceman were launched.

Some people wondered if Mini's models would just continue to grow bigger and bigger. But worry not. Mini seems to have a renewed interest in having a vehicle that is actually, um, mini.

During an interview with Auto Express, Mini's head of design, Anders Warming, said that the company is still very interested in making a city car. However, not much can be revealed about it until its design is finalized.

The little Rocketman concept from three years ago should give us a hint of what the company's future city car could look like. But don't expect the concept car's fancy double-hinged doors and carbon fiber construction to make it to production.

According to Warming, future Minis would most likely go the aluminum route. This should help take care of some of the unwanted extra mass in current Mini models. The production version of the Rocketman (or whatever Mini decides to call it) should be a purer and simpler lightweight model that a lot of Mini fans have been wishing for.

The above image is a rendering of what we think the production version of the Mini Rocketman could look like. We gave it conventional doors, roof and hatch, and headlights that are more in line with today's current Mini models. The wheelbase has been stretched slightly to allow more usable rear seats that make the car a four-seater versus the concept's 3+1 setup.

Since the body won't employ carbon fiber construction, it's now painted in one color. In this rendering, we chose the classic red (body) and white (roof) Mini colors that most car enthusiasts associate with the classic 1960s Mini Cooper S Works rally car.

At this point, the powerplant options remains a mystery, but the new Mini Cooper's three-cylinder 1.5-liter turbo would be an interesting candidate to power a high-performance version of this baby Mini. Expect the production version (most likely in near-production concept form) to show up not earlier than 2016.

What do you think of the idea of a smaller, lighter and more affordable Mini?

Video: Watch Filipino-made sports car by Aurelio Concepts in action
View other articles about:
Read the Story →
This article originally appeared on Topgear.com. Minor edits have been made by the TopGear.com.ph editors.
Share:
Retake this Poll
Quiz Results
Share:
Take this Quiz Again
TGP Rating:
/20