In its sex survey several years ago, Esquire magazine asked: "Have you ever received oral sex while driving?" Fifty-one percent of the respondents said "yes and it was great." I don’t know what’s great about oral sex--or sex for that matter--inside a car, especially one that’s moving. Not only is driving while receiving head dangerous, it’s also disrespectful to the one giving it.

I honestly believe that if someone is going down on you, you have to give her nothing less than your undivided attention. Which you can’t do if you have to mind the traffic. In the words of Albert Einstein himself: "Any man who can drive safely while kissing a pretty girl is simply not giving the kiss the attention it deserves."

Doing the deed in the car has always been high up the list of adventurous individuals who strongly feel they need to do it before they die. Most of us will have our share of gorgeous passengers offering to fellate us at 100kph. Melodic paeans have been recorded to convey the purported thrill of this escapade, from the strident 'Car Song' of Elastica to the schmaltzy 'Parked Cars' of Stephen Bishop.

But consider these lyrics from Meat Loaf’s 'Paradise By The Dashboard Light': Parking by the lake/And there was not another car in sight/And I never had a girl/Looking any better than you did/And all the kids at school/They were wishing they were me that night.

That’s the essence of car sex right there: It is for kids. Not to say I approve of high school and college students jumping into the back seat for the nookie. What I mean is that only the youth are really allowed to be so foolish as to risk getting arrested for a few minutes of unbridled passion.

Adolescents do it in the car because they have nowhere else to do their thing. They obviously can’t do it in their parents’ homes, and they’re likely not bold enough to actually check into a motel. I assure you that given a choice between the cramped cabin of a subcompact sedan and the privacy of a cozy bedroom, any young couple would pick the latter every single time. Not least because having sex inside a car almost always results in cramps in the limbs.

Sure, there are those adults who think that parking somewhere and just going at it is exciting. The probability of getting discovered by other people tickles their fancy. Believe this, however: There is nothing exciting about raising your head to see the flashlight of a roving guard while you’re humping with all your might.

I personally know someone who had to bribe the cops with everything he had in his wallet just so they wouldn’t take him and his partner to the precinct. When you let the police catch you with your pants down, you’re basically giving them the power to do anything to humiliate you—including calling TV reporters so you could be prime-time news fodder.

Car sex is simply overrated. If you’re a full-grown adult, you have no right committing this most juvenile of acts. The cons far outweigh the pros (if there are any to begin with). If you haven’t tried it, there’s really nothing to look forward to. It’s not comfortable and you’re never at ease. Worst of all, your body fluids will not be very kind to your car's fabric. You will always be better off getting a room.

In-car coitus sounds cool in pop songs. But in case you haven’t noticed, real life doesn’t give a shit about pop songs.

This article was first published in Esquire Philippines, shortly after which the author's motoring column in the magazine was axed. He's too tame, apparently. 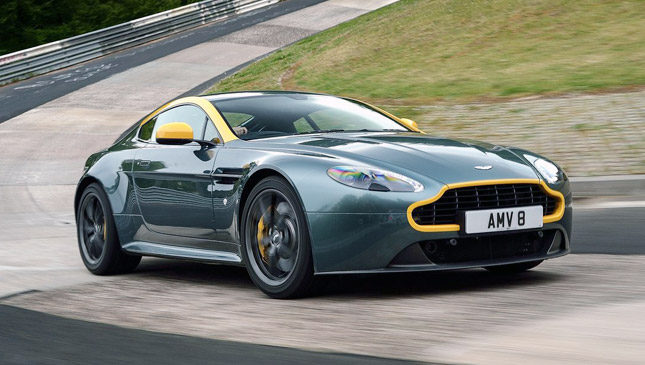 Of cars and romance
View other articles about:
Read the Story →
This article originally appeared on Topgear.com. Minor edits have been made by the TopGear.com.ph editors.
Share:
Retake this Poll
Quiz Results
Share:
Take this Quiz Again
TGP Rating:
/20