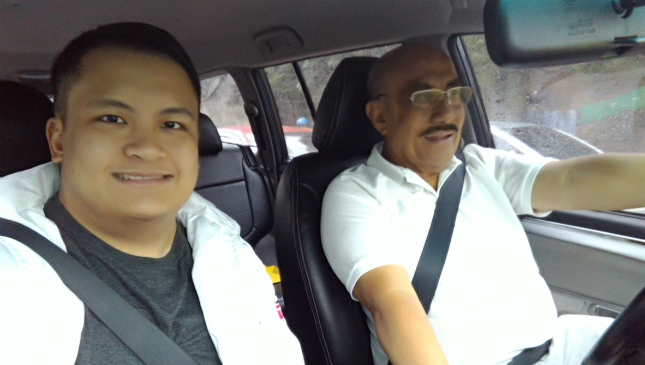 There are lots of people out there who have fond memories of their dads teaching them to drive. Of bonding as father and son as they learned how to shift and steer. All the while laughing and smiling, like something straight out of the Hallmark Channel.

I’m not one of those people.

My memories of driving with my dad are less like a rerun from that cable TV network, and more like a scene from That ‘70s Show. Fans of that TV series will remember Red, Eric Forman’s cantankerous dad who always gave his son a hard time. There was one scene in particular in which Eric drove and Red rode as a passenger, pretending he was okay with not driving, meanwhile yelling orders like "Both hands on the wheel, Eric! 10 and 2!" That’s pretty much what it was like for me.

Even now, my dad can’t help but give me pointers and directions when I’m driving, his right hand firmly clutching the passenger handle. I might be a motoring journalist who drives cars for a living, but not much has changed.

My experience isn’t unique. Most of us in the Top Gear PH team were taught to drive by our cousins, older brothers, uncles, and driving instructors—everyone except our own fathers. In my case, I begged my dad to teach me how to drive. Like any young kid, I was eager to hit the road and make the most out of my teenage freedom.

My dad wouldn’t have it, though. Instead, he signed me up for driving school, like he’d done with my older sisters and brother. I was going to learn how to drive the ‘scientific’ way, he said. I’m still not quite sure what he meant.

So I did my hours at driving school, got my driver’s license, but still nothing. He didn’t let me drive out on my own for a long time. When he did, the questions came in droves: Where was I going? Which road was I taking? Did I know where to park? If he didn’t like my answers, he’d put his shoes on and drive me himself. So much for freedom, right?

Before writing this, I asked my dad why he never personally taught me or any of my siblings how to drive. He said his choice was like when a doctor or a surgeon is asked to not treat their own family members. It’s hard to be objective when it involves someone you care about.

Driving, he explained, can be dangerous enough when you’re on your own. When one of your kids is behind the wheel, you’re constantly worried about their safety. He knew that being there while I learned to drive would just make both him and me nervous, which would only increase the likelihood of something bad happening. So rather than take the risk, he gave up the chance for Hallmark-esque memories and signed me up for driving school.

I don’t imagine that was an easy decision for him. You see, his own father had passed away long before he was old enough to drive. Growing up, my dad made sure he was always there for us, from waking us up early every morning to checking our rooms before going to sleep. And he always insisted on driving us everywhere. A big reason he would do so was his love for cars, which meant he enjoyed being behind the wheel. We had (and continue to have) our best conversations with me as his passenger. To give up the chance to share his passion with us, something he never got to do with his own father, was a tough choice only a loving parent could’ve made.

I realized from what my dad told me that a father's worry for his children never goes away. His constant restlessness as my passenger, really, is just his way of expressing his love. Sure, I might be a motoring journalist now, but he still remembers me as the teenager who dinged his Toyota Revo on SLEX and called him for help. No matter how experienced or skilled I get at driving, he’s always going to look out for me.

These days, my dad lets me drive for him more often than he used to. He’s still not entirely comfortable with being my passenger, but that’s okay. He’s still there by my side, hand firmly gripped around the passenger handle, and that’s what really matters. 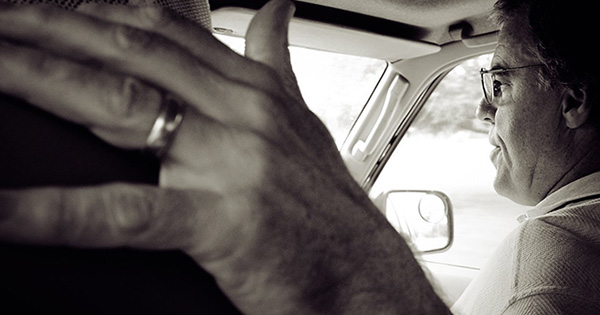 Celebrate Father's Day by letting women take the wheel
View other articles about:
Recommended Videos
Read the Story →
This article originally appeared on Topgear.com. Minor edits have been made by the TopGear.com.ph editors.
Share:
Retake this Poll
Quiz Results
Share:
Take this Quiz Again
TGP Rating:
/20