It’s that time of the year again. When all your Chinese friends are swathed in red and inundated with demands for tikoy. That’s right, it’s Chinese New Year. This year, to celebrate the occasion, we would like to share some real-life stories about how superstition has played a role in local car-buying experiences for our local Chinoys.

Feng shui is also called Chinese geomancy and is focused on the use of energy in relation to the environment. It is said to influence not just luck, but more tangible aspects of the real world.

Some swear by it, but others might also call it superstition. Regardless of what you think about the topic, this Chinese practice plays a huge role in the lives of those who believe in it. While most believers limit feng shui and its practice to their homes, its influence has started to trickle into the car buying world over the years.

From my previous life in the car business, here are just five of the stories I have personally experienced when the intricacies of car-buying intersected with not just feng shui, but also superstition in general.

The first instance that comes to mind is the use of the Chinese Lunar calendar to choose when you will buy your car and take delivery of it. Every year, astrologists predict specific dates whereby specific actions are more auspicious when done on those days than others. This can mean that a day is good for anything from taking a bath, getting a haircut, or even moving into your new house or tearing an old one down. While some would argue that this has no bearing on car purchases, it is still something that some people believe can matter.

I know of a car buyer who had already paid for the car he had bought, but he refused to take delivery of the unit until a week later just to take advantage of a particularly auspicious day for his Chinese zodiac sign. While some can’t wait to take their car home the moment the check clears , this buyer decided that prudence would be the better part of valor, and opted to take advantage of a day when it would be most beneficial for his fortunes.

Since we are talking about dates, it has to be mentioned that not all dates are auspicious. Some dates are absolutely reprehensible to the Chinese community, and one of these is the dreaded Hungry Ghost Month. Usually taking place around August, the looming month is hell on most car dealerships as sales usually spike right before the month starts, only to end in a dry spell that can choke even the most ardent salesperson.

The belief is that during this time, the spirits of the departed come out and visit our world (sort of like a month-long Halloween). During this period, buying or moving into a house (or even moving your furniture) is highly discouraged. Some Chinoys have taken this to heart, and actually choose not to make any major money decisions during this time. Of course, this includes buying or taking delivery of a car.

3) Buying (or avoiding) cars based on color

You may notice that for us Chinoys, red is a lucky color. Symbolizing the fire element in feng shui, it is said to be a color that draws luck and prosperity. You can see this in everyone wearing red during birthday celebrations, to household decorations, and even in the ‘ang paos’ or red envelopes that are given as gifts with cash inside.

To this belief, you can add car colors. In fact, there are individuals who have decided to only buy red cars. Rare as it is, they truly feel that the color red brings in good luck. And being one of the largest things they can purchase in the color, it only makes sense that with cars, the bigger the red thing, the more luck it can attract.

Likewise, the opposite of red is black. Black is a color that represents the void, or dark energy in feng shui. Because of this association, many people fear that the attraction of such energies means that it can be considered a harbinger of bad luck. Due to this correlation, many Chinoys shun black cars entirely (even if, in my opinion, certain cars look best in black).

Fourth on this list is number…well, four. The number, in Chinese, is phonetically similar to the character that means death. In other words, when someone says “four” in Chinese, it sounds like “death” or “dead.” Because of this, most Chinoys would shun or entirely avoid the number four in their number plates. This made the special plate program of the LTO a cash cow, with most Chinoy buyers doing their best to avoid the number, and even paying an exorbitant amount to get a custom plate just to make sure they don’t get the dreaded digit.

‘Eight’ on the other hand, has a similar pronunciation as the word “wealth,” so, just like red is to black, it has a very positive connotation to us Chinoys. For those trying to customize one’s plate, they would ask for as many 8 digits as possible in their plate. What happens when you take avoiding ‘4’ and embracing ‘8’ to the logical extreme? Read on.

5) Avoiding the number ‘4’ in everything

There is one buyer who took this to heart. He had already paid for the car and was awaiting delivery. He had just one caveat: He wanted to avoid the number four like the plague. How bad was it? He would only accept a car with no number 4 in its conduction sticker, plate number, engine number, and chassis number. If you are familiar with any of these numbers, you know that the engine, chassis and conduction numbers are all randomly generated, with engine and chassis numbers being stamped upon production of the car. This meant that his chances of getting the car that he specified were extremely slim.

He patiently waited a few months. But thankfully, and miraculously, a single unit of the model he had purchased arrived with nary a four in sight. He took delivery of his car and he could not have been happier.

The Filipino-Chinese community is extremely diverse. While these cases are easy to scoff at, at the end of the day, everyone is entitled to their own beliefs and there is no harm in choosing to believe in age-old practices. So much more has been decided on so much less.

Sometimes it is just better to buy a car without any mental reservations, and if that means a specific color, date or number is present or is absent, then so be it. Peace of mind is priceless (unless it’s an ending plate number). 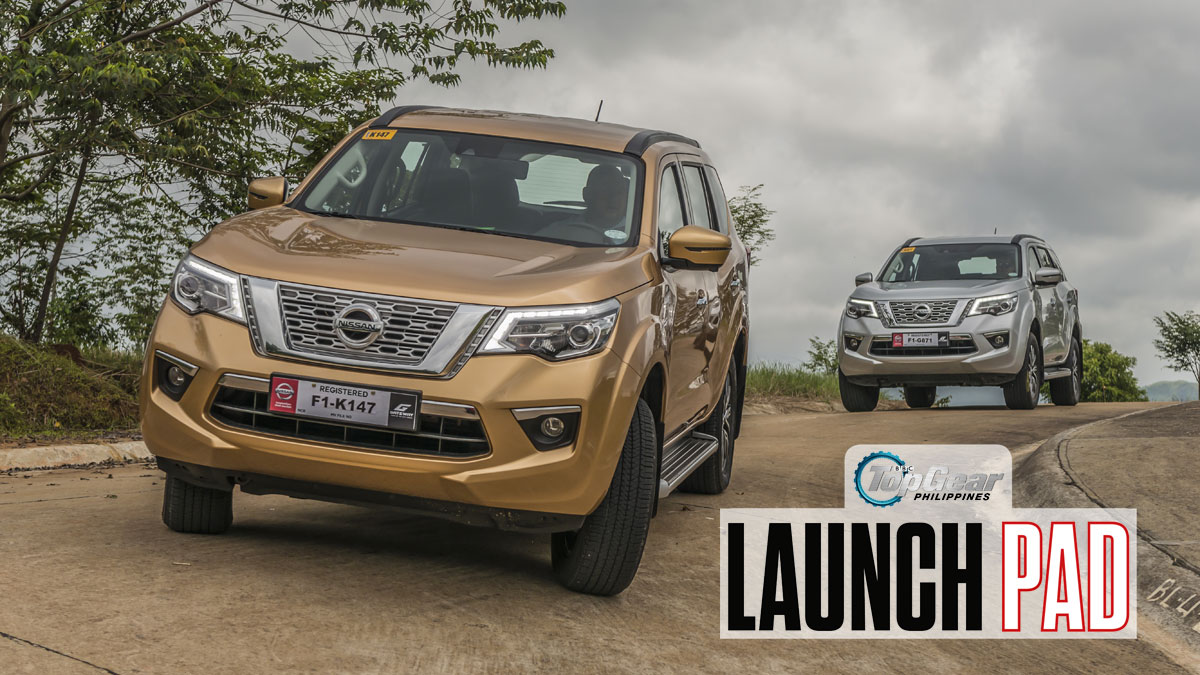 The Nissan Terra is ready to fight the Fortuner and Montero Sport
View other articles about:
Read the Story →
This article originally appeared on Topgear.com. Minor edits have been made by the TopGear.com.ph editors.
Share:
Retake this Poll
Quiz Results
Share:
Take this Quiz Again
TGP Rating:
/20