The Chinese crossover is coming to local dealerships later this year
by Jason Tulio | Aug 8, 2019
CAR BRANDS IN THIS ARTICLE

Geely? Where have I heard that before? 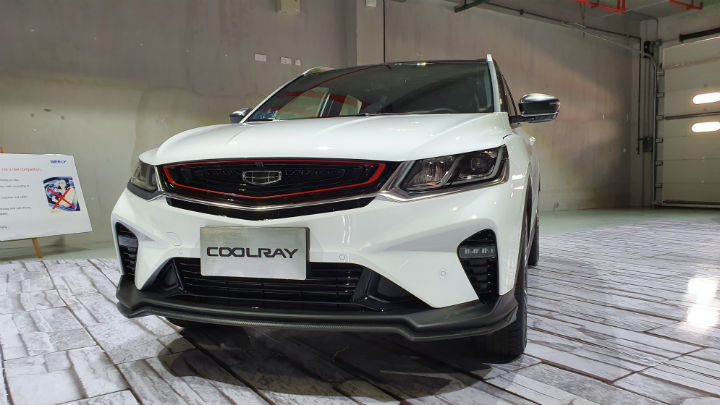 Geely was once sold in our market, and by that, we mean less than a decade ago. It first opened up shop in the Philippines under AutoChina in 2011. This year, Sojitz Corporation established Sojitz G Auto Philippines to distribute and service Geely vehicles in the country. And the brand is no small fry, either. It’s the largest privately owned carmaker in China, and its parent company’s portfolio includes Volvo and Lotus.

So, what’s the Coolray? 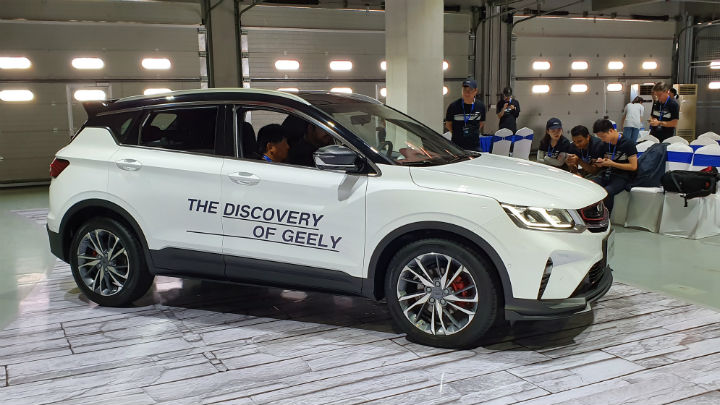 The Coolray (sold as the Binyue in China) will be the first product that Sojitz-led Geely is bringing into the Philippines. It’s a crossover that features some Range Rover Evoque-esque design cues like a contrast-colored roof, a high beltline (which rises as it goes toward the C-pillar), and sharp strakes and lines. A designer explains that said lines help improve the car’s airflow, as does the spoiler, which also works as a diffuser. Under the hood, it’s powered by a three-cylinder 1.5-liter turbopetrol with 177hp and 255Nm.

Wait, how many cylinders? 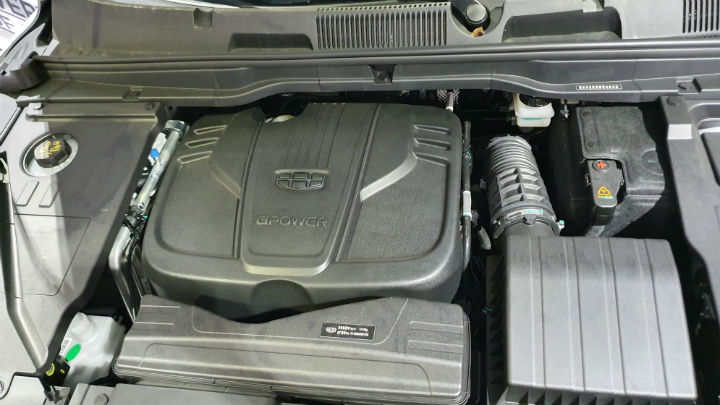 Yes, the Coolray’s 1.5-liter motor, which is paired with a seven-speed dual-clutch transmission, comes with an unusual three cylinders. Now, you’re probably wondering if that means noticeable shuddering from the engine bay. Well, from our short drive, we didn’t feel any pronounced vibrations while idling or while pushing the car on the track. One of the Geely executives even did a neat trick of balancing a cigarette on the steering wheel while starting the engine to show how they’ve managed to minimize the engine shudder.

What kind of features can we expect when the Coolray hits our market? 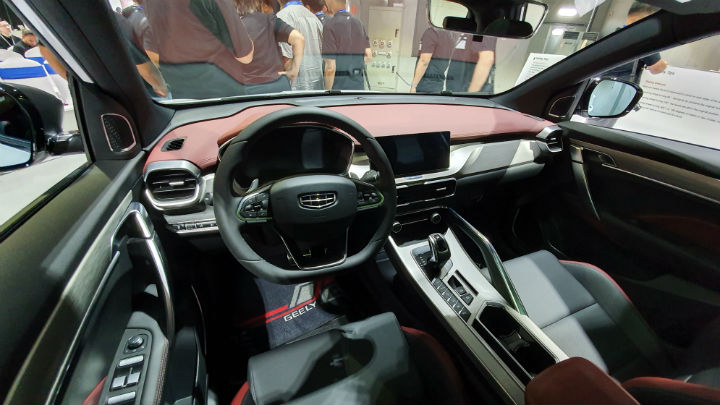 Step inside the Coolray and you’re greeted by a surprising amount of tech. Chief of these is an all-around-view monitor, which we were able to try out on a unit with blacked-out windows. Another cool feature is the self-parking function. Unlike older versions of the system that we’ve tried, this one requires the least amount of user input we’ve seen so far. Once the car identifies and assesses the parking spot, you simply hold down a button and let it work. No braking or shifting required from the driver. Neat.

How does it compare to other crossovers? 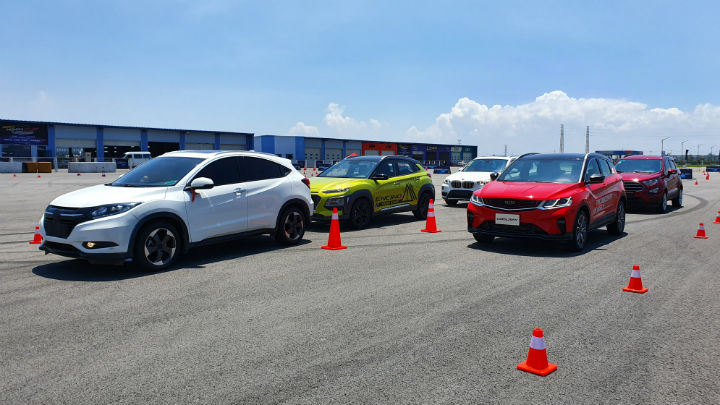 Thankfully, we were able to find out firsthand as Geely brought in competing models for a head-to-head test. Sharing the track with the Coolray was a BMW X1, a Honda HR-V, a Ford EcoSport (1.5-liter), and a Hyundai Kona.

Right away, the Coolray held the advantage over the nonturbocharged models in straight-line acceleration from a dead start. Only the X1 felt noticeably quicker, but that’s expected given the big twin-turbodiesel mill under the hood. Through the tight turns, the Coolray exhibited some expected body roll, but it outdid the heavier models thanks to its light, pointed steering and agile handling. The small, flat-bottomed tiller is a big plus in that department. Its nimble nature was almost matched by the Kona, while the others felt heavy and cumbersome in comparison. Though it’s front-wheel-drive, understeer was minimal throughout the short course’s quick turns.

One little thing we noticed is that the Coolray has short overhangs in the front and rear in comparison to similarly sized competitors, indicating a longer-than-usual wheelbase. True enough, we discovered it has a rather large turning circle while making a U-turn.

Okay, cool. When can we expect the Coolray and how much will it cost? 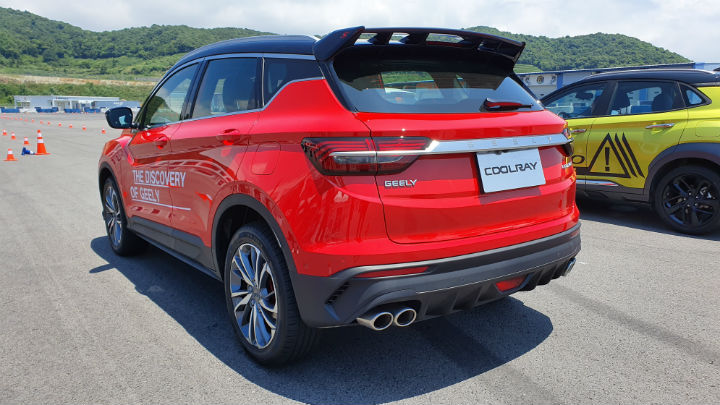 As we reported in a previous story, the Coolray will hit our market in the fourth quarter of this year. The top-of-the-line variant will cost somewhere between P1.2 and P1.3 million. Lower-end variants will follow suit. Stay tuned later this year for that launch. 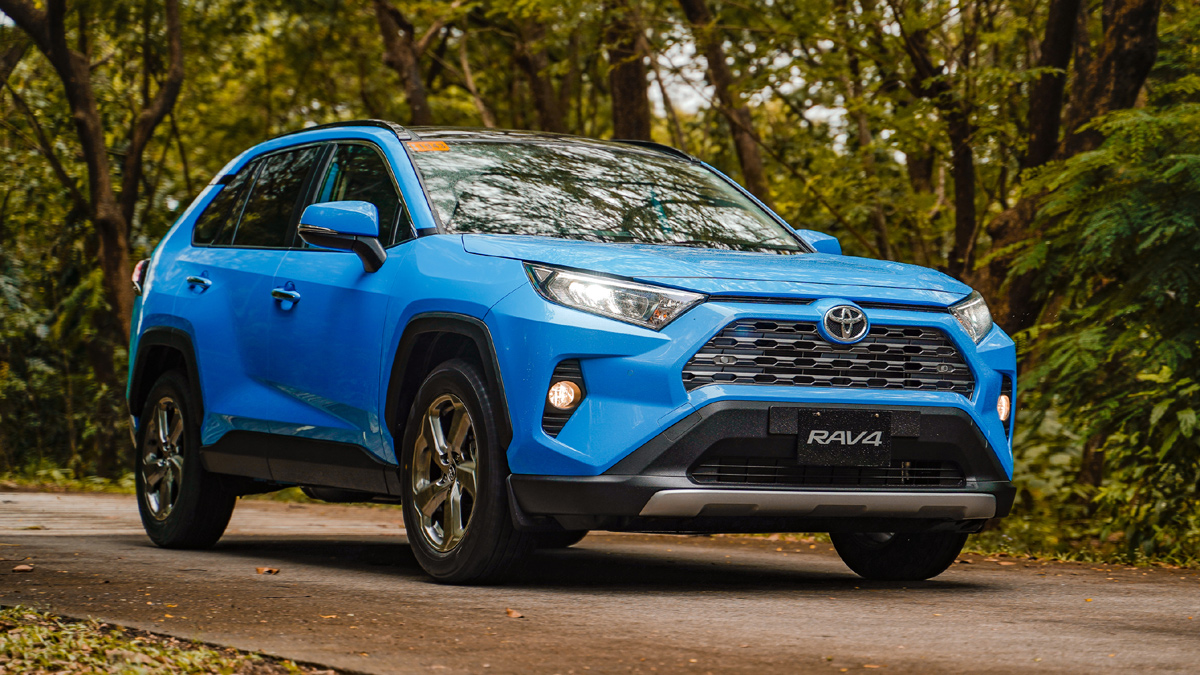 Everything you need to know about the 2019 Toyota RAV4
View other articles about:
Read the Story →
This article originally appeared on Topgear.com. Minor edits have been made by the TopGear.com.ph editors.
Share:
Retake this Poll
Quiz Results
Share:
Take this Quiz Again
TGP Rating:
/20