There's more to it than the looks
by Paul Horrell | Apr 17, 2018
CAR BRANDS IN THIS ARTICLE 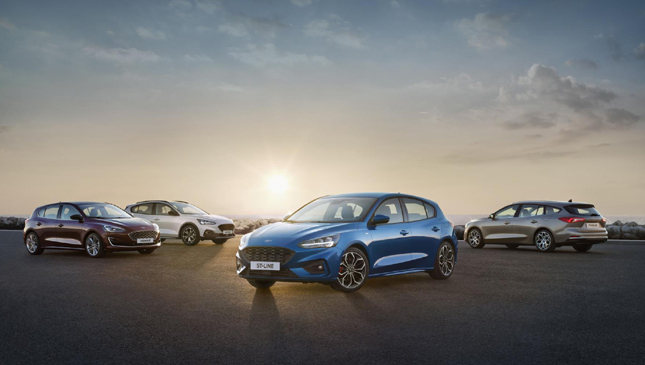 1) It's all new, global but European.

That new platform--called C2--is the basis of it all. All Ford's global divisions got together, and specified what they wanted from the ground-up new car. Then the designers and engineers in Europe did the job. Even though it's roomier and stronger than the old one, most models are notably lighter. 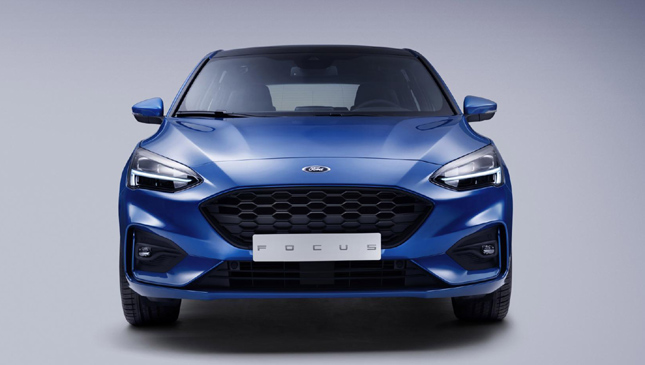 2) The front is recognizable, the sides are fresh.

The front-end view is obviously Ford. It's at the side where things have really taken a turn. The metalwork is defined by three bow-like lines--two high, one low--that emerge from the soft dune-like surfaces. The almond-shaped glazed area is another departure. Out back, the tail-lamps clusters are now split, so they're wider without impinging into the tailgate opening. 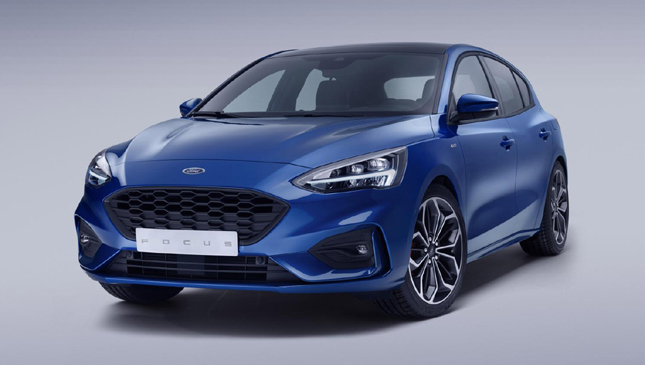 The stretched wheelbase imparts better rear legroom. Plus the front seats have been redesigned to give useful extra space for the rear-dwellers' feet. Those folks can see out better too, because the door windows are pulled rearward into the pillar. Despite all those cabin gains, the new car is a scant 18mm longer. So if you could park the old one, this will be fine. If you couldn't, there’s now an auto-parking option. 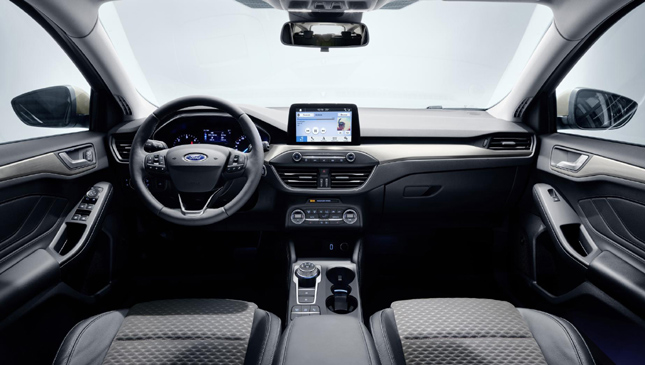 4) It features an all-new dash.

The dash has a cleaner, simplified look and is made from soft-touch plastic. It's been moved forward, to make things feel roomier. Not so far that you can’t reach the touchscreen, mind, which is mounted high up.

The screen goes up to 8 inches, and runs Ford’s Sync 3 system, which is the equal of anything in the mass market for slick operation and easily grasped menus. There’s also a wireless charging-pad option.

For the driver, a pretty comprehensive head-up display is also on the options menu. 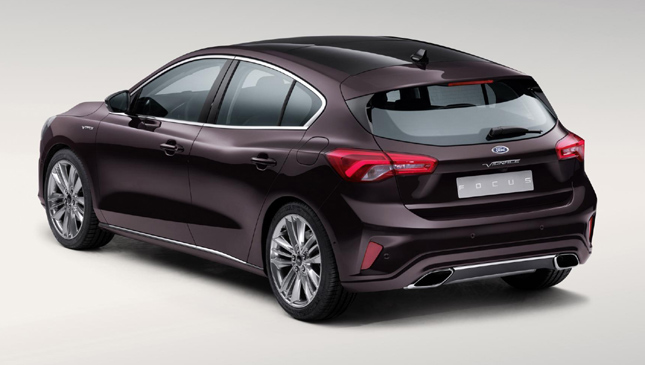 A fully-kitted Focus bristles with a front radar, another radar on each side, a front camera and an all-round array of 12 ultrasonic sensors. They don’t just operate independently, but their inputs are compared by the assistance computer.

The optional LED adaptive headlights will broaden their beam shape predictively if the camera sees a roundabout or bend sign.

Or how about 'evasive steering assist.' If the car calculates a crash is suddenly looming, the systems will figure out what looks like the safest clear gap to steer into, and eases the steering wheel one way or the other to help you go there. You can of course yank it the other way if you think you’ve a better idea.

Meanwhile, the basic accident-avoidance tech is here: It will auto-brake if it spots a car, cyclist or pedestrian in front, or a crossing vehicle when you're reversing into the road. 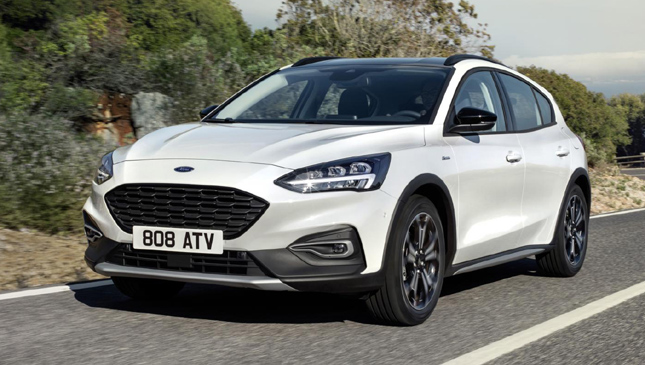 6) The suspension has had a bit of a refresh.

The broad suspension principles remain the same, at least on most versions. But it's all been renewed. Also, there are now completely different rear suspensions.

The hatches with the smallest, lowest-power now have a torsion-beam setup. Sounds like a retrograde step given it's the first time we've had one of those on a midsize Ford since the Escort. But the engineers swear it's actually well-enough refined that it rides as well as the current Focus, and it's closely related to the Fiesta ST design.

Meanwhile, more powerful hatches get a short-and-long arm setup. This one, they say is better developed and gives a quieter ride than the torsion beam, and more precise steering response.

Some models get the option of adaptive dampers too, for the first time in a mainstream Focus. 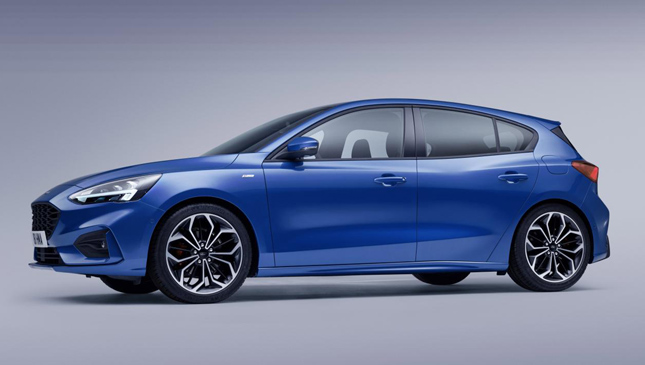 The cd figure is as low as 0.273 for the five-door, which is as slippery as most eels.

Active grille shutters automatically close to reduce drag when the radiator doesn't need to gulp cooling air. Air curtains put a wall of air around the front wheels to cut turbulence, and there are several little edges in the rear body and lights to separate the airflow cleanly. Most of the underbody is shielded, including the rear suspension. 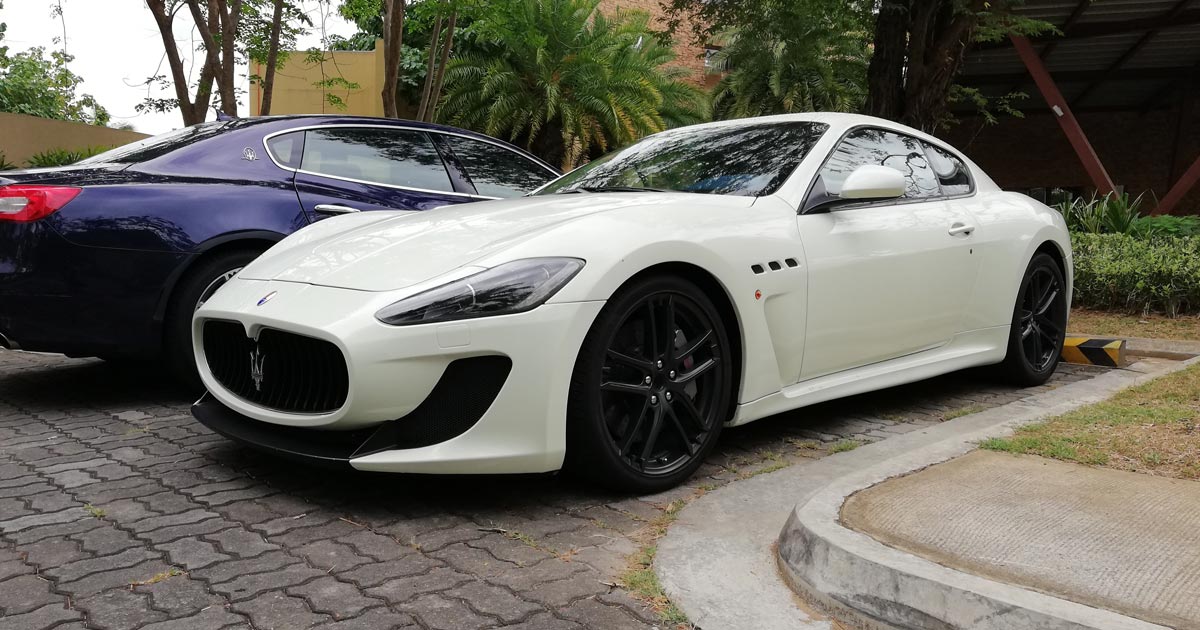 A day with the Maserati brand in Batangas
View other articles about:
Read the Story →
This article originally appeared on Topgear.com. Minor edits have been made by the TopGear.com.ph editors.
Share:
Retake this Poll
Quiz Results
Share:
Take this Quiz Again
TGP Rating:
/20