This is how the Ford GT bends air to its will

Function and form
by TopGear.com | Feb 12, 2017
CAR BRANDS IN THIS ARTICLE 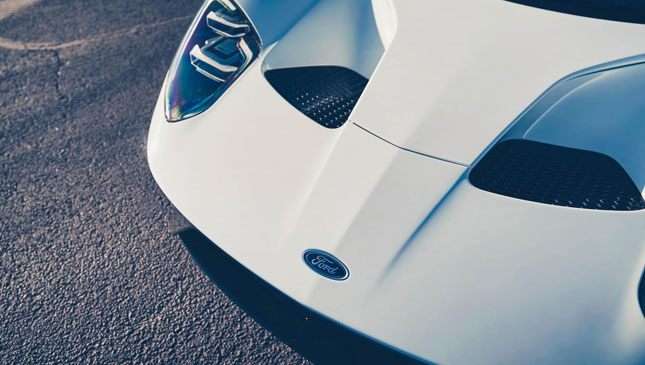 A Ford GT wouldn’t be a Ford GT without those flat headlights, cutaway nose, and vents in the hood, but nothing is here purely for styling’s sake. Air sucked up by the front intakes is expelled through the hood so it runs smoothly over the wraparound windshield and along the roofline. Movable front flaps open and close depending on the angle of the rear wing, ensuring front and rear downforce are always perfectly balanced and you stay stuck to the road. 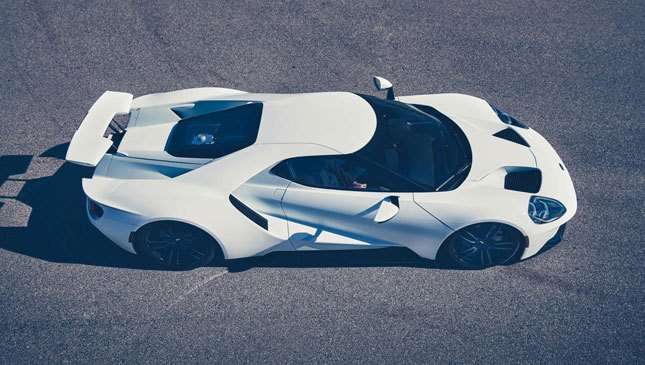 The GT’s gaping flying buttresses aren’t just there to look pretty—they help to channel air around the teardrop-shaped canopy and over the rear spoiler. Beneath them (and in front of the rear wheel arch) an intake feeds air to the turbo intercoolers, before expelling it through the center of the bullseye rear lights. 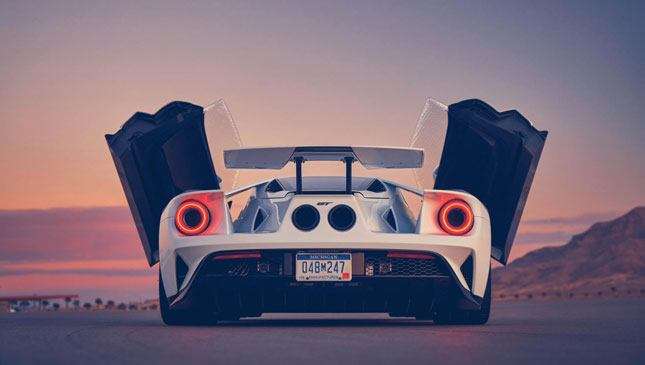 The racing version of the Ford GT has no rear bumper at all, to make way for a full-width diffuser that looks like the world’s largest mandolin. It’s one of the most aggressive rear ends on the LM GTE grid. The road car tones that down a bit for the sake of practicality and styling, but still uses vanes to suck that air smoothly out of the back of the car, creating an area of low pressure along the flat underbody and more downforce. 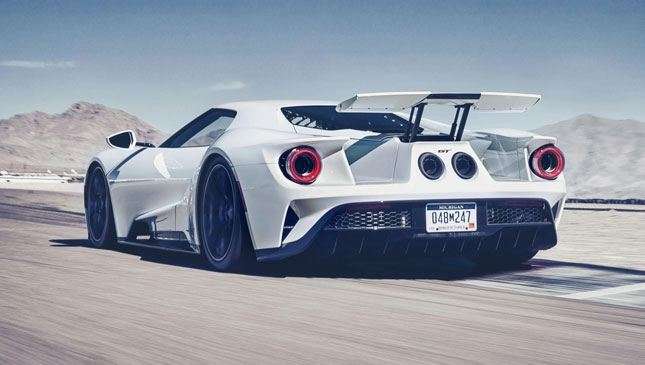 The GT’s moveable spoiler is a thing of beauty. Depending on your driving mode it will automatically alter its angle of attack for more or less downforce, and can even change shape: when max downforce is required, a gurney flap extends the trailing edge. It can even flip vertical to become an air brake when you stomp hard on the carbon ceramic discs. 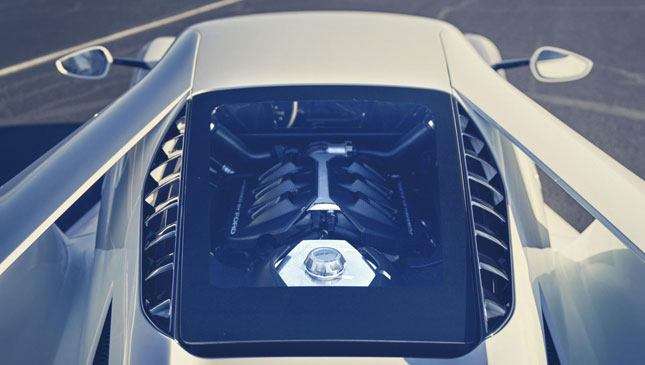 Normally in the land of supercars, cylinder count is king, but the GT is different. “We started with aerodynamic efficiency—the efficiency of racing goes right down to the very core of its existence,” explains Jamal Hameedi, Ford Performance’s chief engineer. “Aero came first then we picked the most efficient EcoBoost engine we could find for that package.” 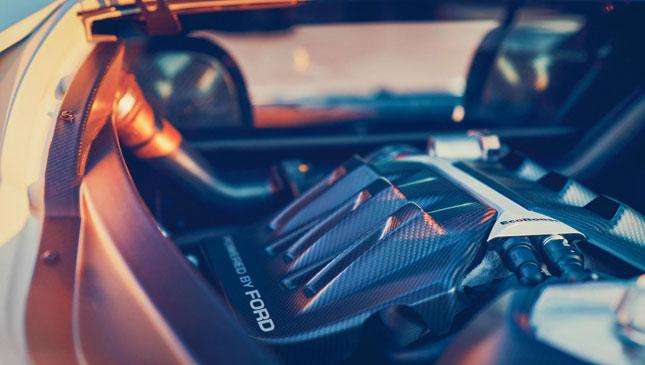 Unusually, you’ll find the two turbos and intercoolers tucked neatly into the pods over the rear wheels for optimum weight distribution…and because there simply isn’t space to package them any closer to the block. From there the cool, compressed air is sent up through ducts in the hollow flying buttresses and down into the engine.

The turbos currently fitted to the engine are far larger than they need to be to stay within the FIA’s balance of power rules. Raj Nair says they will be downsized before the car is homologated and goes on sale. Smaller turbos mean even greater responsiveness so, along with Ford’s patented anti-lag system (which stops the turbo speed from dropping below a certain rpm even when the engine is running off-boost), the GT should be even more alive than it is now.

We’ve tried this anti-lag system on the new F-150 Raptor, which shares the same basic high-power engine configuration as the GT. In Baja mode, the engine refuses to bog even when confronted with torque-draining sumps of sand. So it bodes well for the GT’s ability to fire itself out of corners even faster. 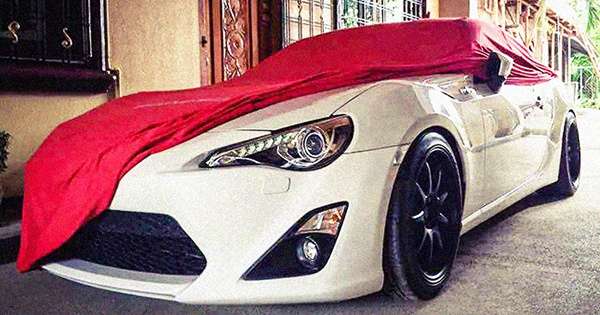 10 things you should do if you don't have a covered parking space
View other articles about:
Read the Story →
This article originally appeared on Topgear.com. Minor edits have been made by the TopGear.com.ph editors.
Share:
Retake this Poll
Quiz Results
Share:
Take this Quiz Again
TGP Rating:
/20