The science behind a Ford GT pit stop in WEC

A well-oiled machine
by Stephen Dobie | Apr 14, 2017
CAR BRANDS IN THIS ARTICLE 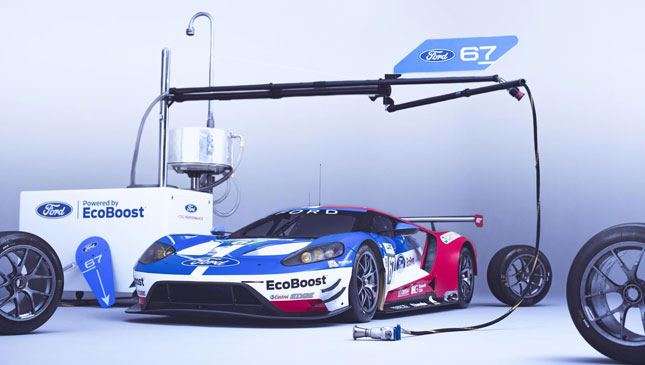 Yes, pit stops matter. Sure, they’re hardly the most glamorous spectacle of a race. But they’re increasingly the area where the vital seconds are won and lost. And no truer is this the case than in the grueling World Endurance Championship (WEC).

“A second saved on your competitors in a pit stop is the equivalent of a 40 to 50 meter gap on the track,” says David Wilcock, race engineer for the number 67 Ford GT. “Over the course of a race, that can add up to half the length of a straight.”

As Balance of Performance regulations drag the cars’ abilities as close together as possible, the best way to edge your rivals is in the pit lane. So join us, and discover the anatomy of a WEC pit stop. 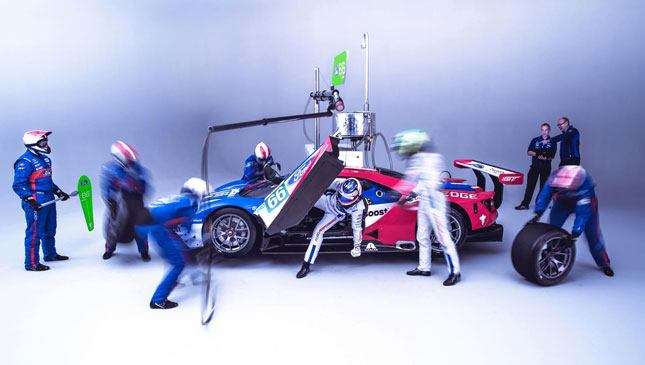 There are three potential parts of a pit stop in WEC: a fuel fill, a tire change, and a driver swap. Perform all three together and you’ll have 11 people working on the car.

We’ll start with fuel, because that’s what the team must do; the car has to remain on its wheels during refueling, see, in case it needs to be pushed away during a fiery emergency. The wannabe stewards reading will note that law’s been flouted in these images… 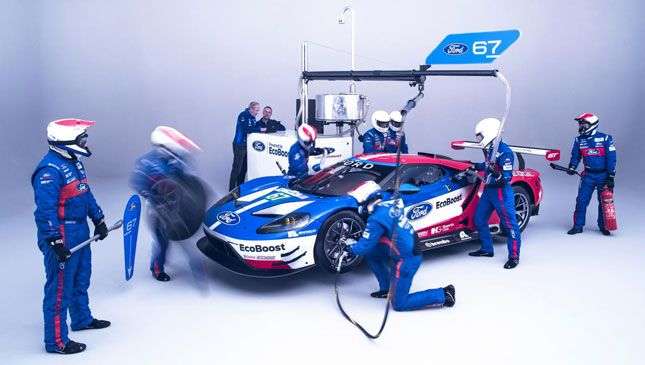 How many are actually fueling?

Four people work on fuel. There’ll be someone actually putting the fuel in, and three others covering safety aspects: one each on the vent hose, a fire extinguisher, and the dead man’s handle on the fuel rig.

While fuel is being put in, other tasks on the car are limited. The windshield can be cleaned and one of its tear-off strips removed, the stick storing the car’s data analytics can be removed and taken to the organizers, and a driver change can take place. 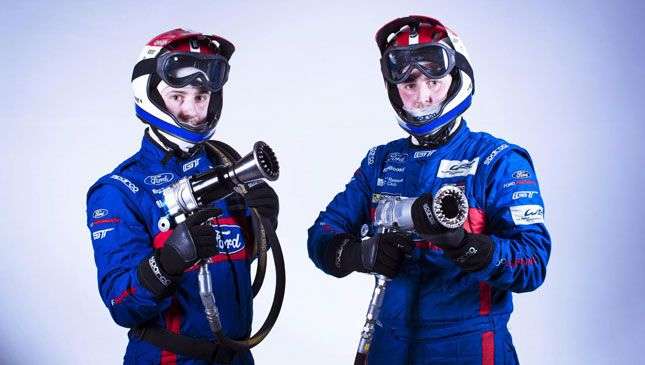 Another four work on tire changes, and can jump into action only once the refueling is done. But while there’s effectively someone on each corner of the car, WEC regulations allow just two air guns, and only one is operational at a time.

Why have two, then? Well, there’s a big fuel rig that can stymie the progress of just one air gun around the car. And having a gun at a different location of the car can save vital seconds. As one is in operation at the front right wheel, for instance, an air gun can be sat ready at the rear left. 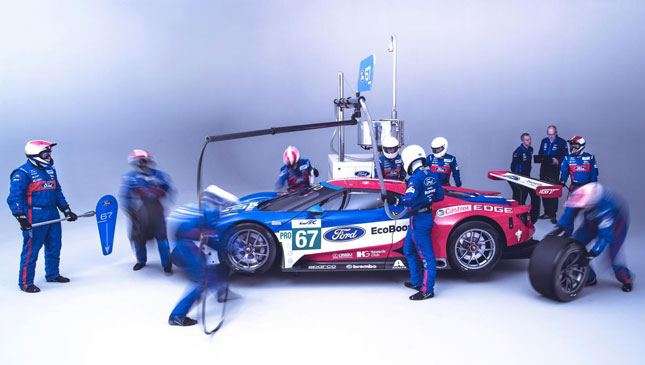 Do all teams operate in the same way?

David tells us that different teams operate different strategies. Some may use one air gun at each axle, others may do three wheels with one gun with another tucked away at the car’s farthest corner. Much of it can come down to whether members of the team are left or right handed.

The same set of tactics is used across the whole squad of Ford GTs that compete, mind you, with no sneaky tactics taking place on individual cars. 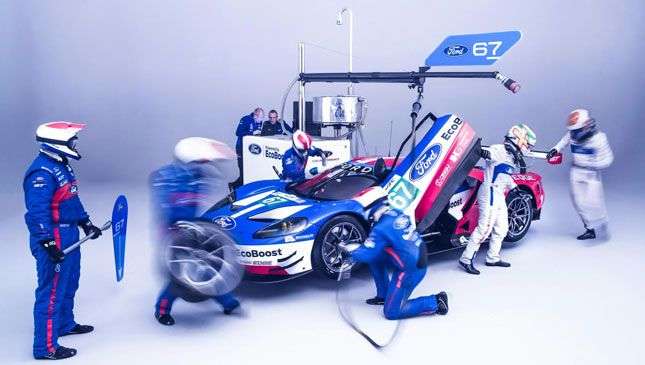 There are three more people to mention, all playing vital roles. There’s someone to remove the data stick and whisk it off to the race organizers, a task which needs to be completed within 10 minutes of the car pulling into the pit box.

The drivers also have someone to help them swap places. You ought to have seen this if you’ve ever seen footage of an endurance race, past or present: someone opening and closing the door, doing up seatbelts, generally making the process of ingress and egress from a low car with tiny apertures as easy as possible. Worth noting that each driver will have a seat pad, which allows them to sit properly in a car with a fixed chair. 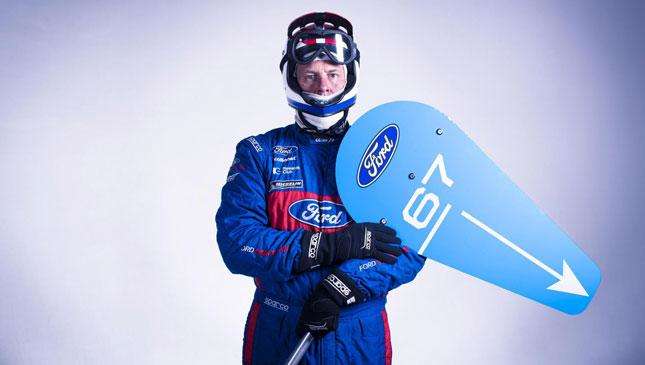 Finally, there’s a car controller. It’s their job to hold the stop board and get the car into its correct position. It can’t be closer than half a meter to the working line in the pits, over which a limited number of live mechanics (four) can stand. Get too close and there are penalties.

They also have to release the car safely back into the pit lane once all the work is done. Those rare occasions when race cars have clashed in the pits should demonstrate how important this role is. 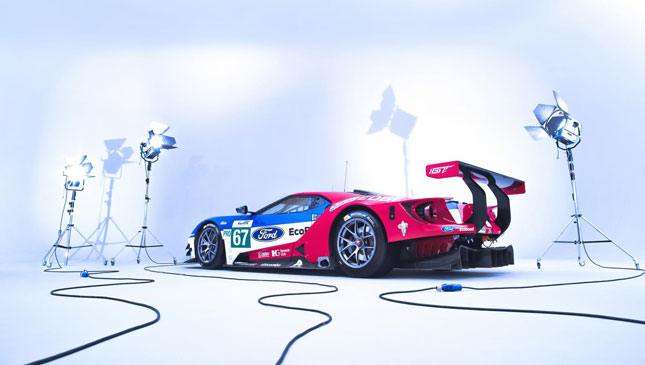 Talk to me about practicing the perfect stop.

Unsurprisingly, the team looks at how rivals complete their pit stops, to see where they can sharpen up. While rules mean you can’t record competitor’s stops, there may be spectator footage.

And there’s lots of practice. “We practice all the time,” says David, “as much as we physically can. We also have a physiotherapist on board that does fitness tests with all the guys.

“We have gym sessions in order to work the key muscles they use for their activities. So the wheel helper will have different activities to the wheel gun guy. Most are based on core strength, though.” 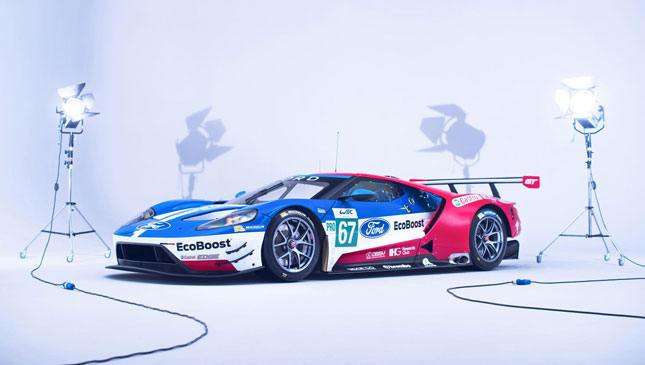 Everyone in Ford’s pit stop team, if you’re wondering, is full-time. They aren’t freelancing elsewhere away from WEC weekends.

And naturally, there are target times. David pegs a good tire change from 2016 as 17 seconds, from air jacks on to air jacks off. Slower than in Formula 1, thanks to that wheel gun rule, no doubt.

“This year will be another level, though,” he adds. “Fast pit stops are much more critical now, with Balance of Performance giving cars equivalent speed. The system’s designed to have them all on the finish line together over a six-hour race. The pits are the place to make up time now.” 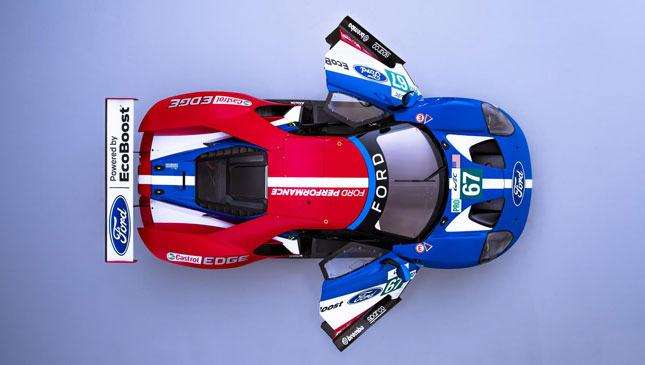 Want some evidence of how stringent the rules are? Fuel fills are meant to be a uniform 35 seconds. So even though fuel tank sizes differ across the WEC field, the rule makers alter everyone’s fueling flow so that everyone’s fill takes the same amount of time.

Should go some way to explain why a fit, well-practiced tire team is rather important, then. 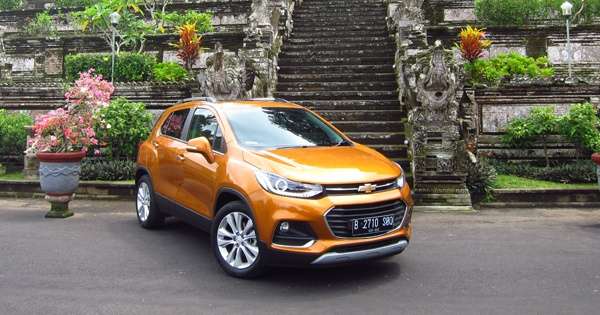 We drive the revamped Chevrolet Trax in Bali
View other articles about:
Read the Story →
This article originally appeared on Topgear.com. Minor edits have been made by the TopGear.com.ph editors.
Share:
Retake this Poll
Quiz Results
Share:
Take this Quiz Again
TGP Rating:
/20