Prepare to have your brain melted by a super-efficient, game-changing system
by Paul Horrell | Mar 25, 2020

One critical part of the Koenigsegg Gemera’s brain-scrambling powertrain is its ‘Freevalve’ gasoline engine. You might have glossed over it while trying to compute the outputs, and they way that engine combines with three electric motors to produce, er, 1,700hp in all. Or in metric, 1.27 megawatts. Or the power draw of a couple of hundred houses cooking dinner.

Christian von Koenigsegg, though, will talk for hours about this engine. He’s so affectionate about the thing he’s got a nickname rather than the usual dreary car-business habit of codenames. This, then, is the Tiny Friendly Giant.

Giant because 600hp. Tiny because it’s just two liters and three cylinders. Maybe two liters isn’t that tiny in displacement (though Koenigsegg’s cars have mostly had big V8s), but it’s physically very small and easy to package. It has just the three cylinders, and no overhead camshaft casings, and no camshaft drive on the front.

Because no camshafts at all. 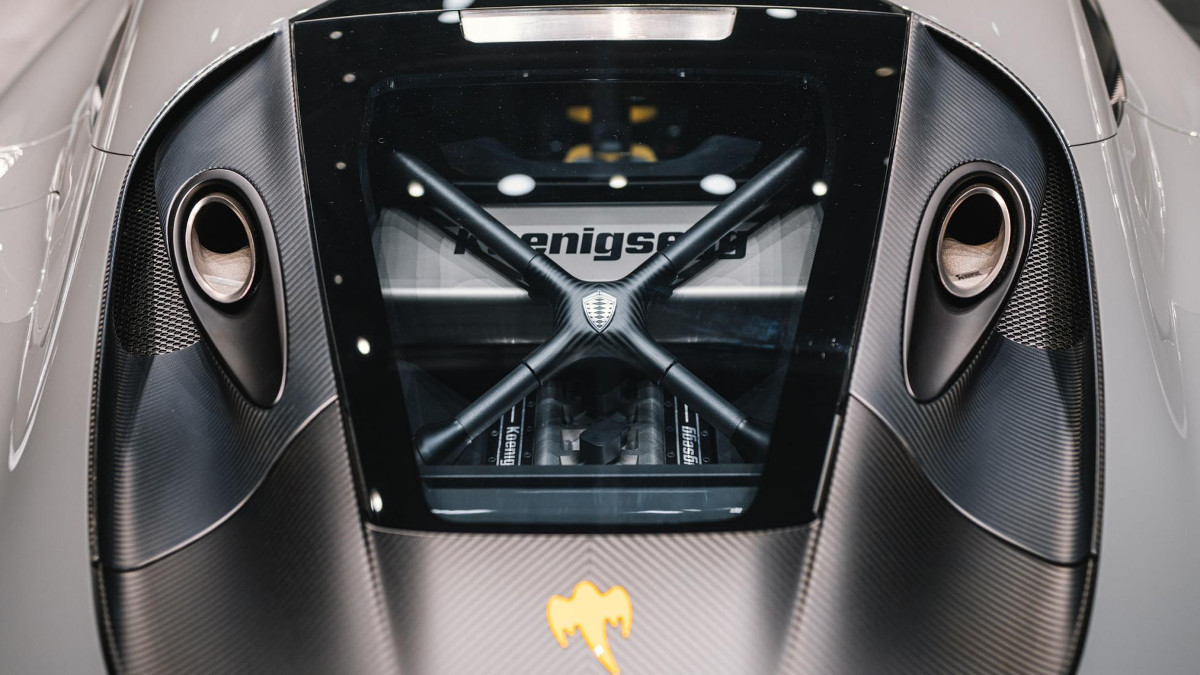 Now you see what a revolutionary engine this is. By doing away with the camshaft and replacing it with a compact actuator above each tappet, the Freevalve system allows each valve to be individually controlled. They can be lifted as much or as little as the engine management dictates, for as long or as little as required, as early or as late in the cycle as required. Or not at all. And each can act differently from its neighbor.

Let’s rewind. Variable valve control has been a dream of engine designers for just ever. For efficient light-load running, you want small openings, but for power, you need them to open long and deep. That’s why Honda invented VTEC and Mitsubishi came up with MIVEC, which switch between two cam profiles to do those two states, but nothing in between. Most modern engines use twisting cam drive pulleys to open and close the valves earlier or later to help emissions. BMW Valvetronic varies the opening profile by inserting an extra lever between the cam and the valve. So, even more flexibly, does Fiat/Alfa Romeo’s MultiAir II system, now also licenced to JLR for its Ingenium engine family.

But they all still have camshafts, and all still have limits. The Freevalve engine doesn’t. “Each valve can be held at a certain position, or not lifted, or fully opened and held there as well,” says Christian von Koenigsegg. “And individually of one another. And timing-wise, completely individually, too.”

The valve actuators are little pistons. A measured blast of compressed air against that piston opens the valve as needed. It’s then either left to fall shut on its spring by releasing the air, or it can be locked open via an oil reservoir. Then the oil is released through a small hole, damping the valve closure and ensuring the valve doesn’t hit its seat damagingly hard. There’s also an airway on the other side of the actuator piston that can hasten closure. 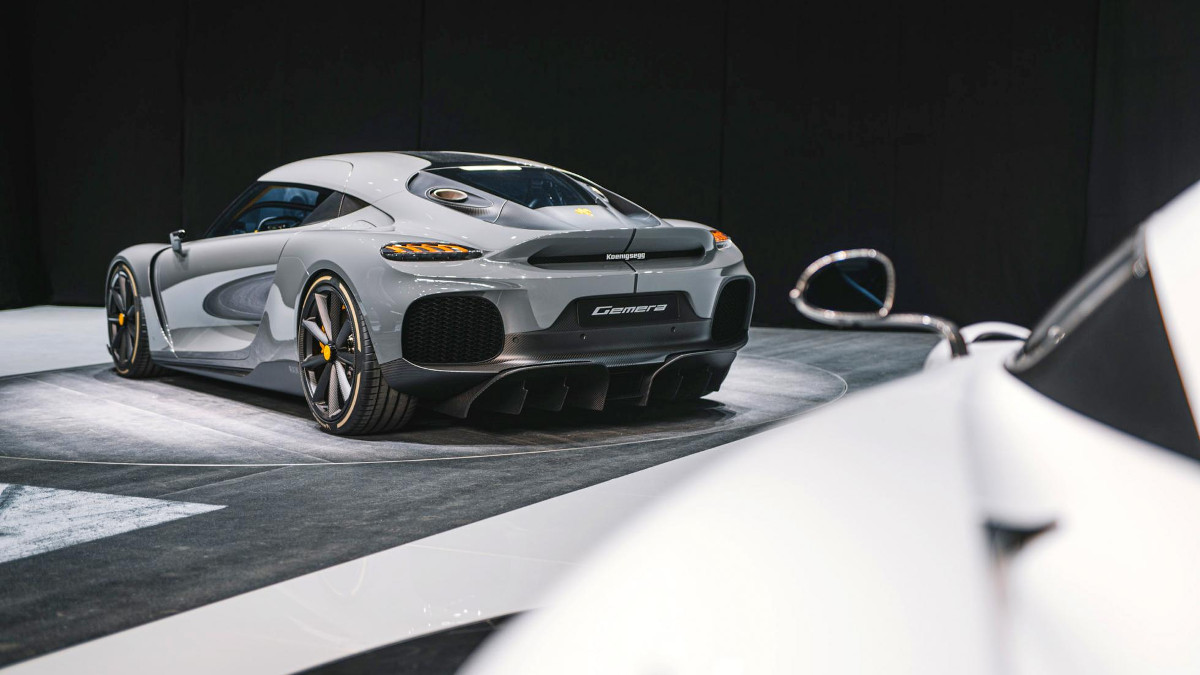 1) Each cylinder in the Freevalve has one port for each valve, and they’re actually slightly differently shaped across the pair.

That means that during light-load times when the cylinder is operated with just one valve, the corresponding port is shaped for ideal tumble and swirl. Together with the faster airflow past a single partially opened valve, that all helps improve fuel-air mixing and efficiency when the engine isn’t working hard.

2) On the exhaust side, one port from each cylinder feeds one of the engine’s turbos while the other feeds the other turbo.

At low revs, only one valve from each cylinder opens, sending air through a narrow port that speeds up the gas flow, helping the first blower to spool up fast. Then the second set of valves comes into use, feeding the high-power turbo through broader ports and achieving immense output.

3) In a single-turbo test engine, Freevalve has sent one set of ports to bypass the turbo altogether.

This means no need for a wastegate. When pressure rises to the desired level in the turbo, the engine emphasizes the valve that bypasses the blower.

4) Bypassing the turbo also helps get the catalyst rapidly hot from a cold start.

That’s critical to emissions because it’s the time when petrol engines’ exhaust are at by far their most toxic.

5) Also for cold start, the engine can run just one cylinder at higher load, so it warms faster and heats the cat before the other cylinders are brought into play.

It’s also possible to pump the engine without ignition for a couple of seconds, heating up the cylinders by compression alone.

6) The engine allows for high compression ratio because if there’s any danger of knocking, it can run in the Atkinson cycle, reducing intake valve opening times to cut the amount of air in the cylinder during compression.

High compression is good for efficiency. It incidentally allows an engine to change its map, to be optimized for high-octane bioethanol as well as for petrol.

That reduces the NOx that’s normally formed at high temperatures. Other variably-timed engines do this, but not so flexibly.

8) By setting the two intake valves out of phase, it’s claimed to be able to use intake resonance at a wider range of rpm too.

9) Low-rev torque gets a massive potential boost (up to 45% in a test engine) because the turbo is more available, as well as because the intake resonance is better.

With much more finessed control of combustion, the system can better control the dynamic compression, and allow more boost before knock.

10) High-rev maximum power goes up by a similar percentage, because the valve profile is optimized for that, too.

Even more than the lumpy cam profile of a race engine.

11) The system also allows for improving economy at light-load occasions by shutting down individual cylinders by holding the valves closed and shutting off the fuel supply.

Mind you, that particular feature is increasingly common in other engines. 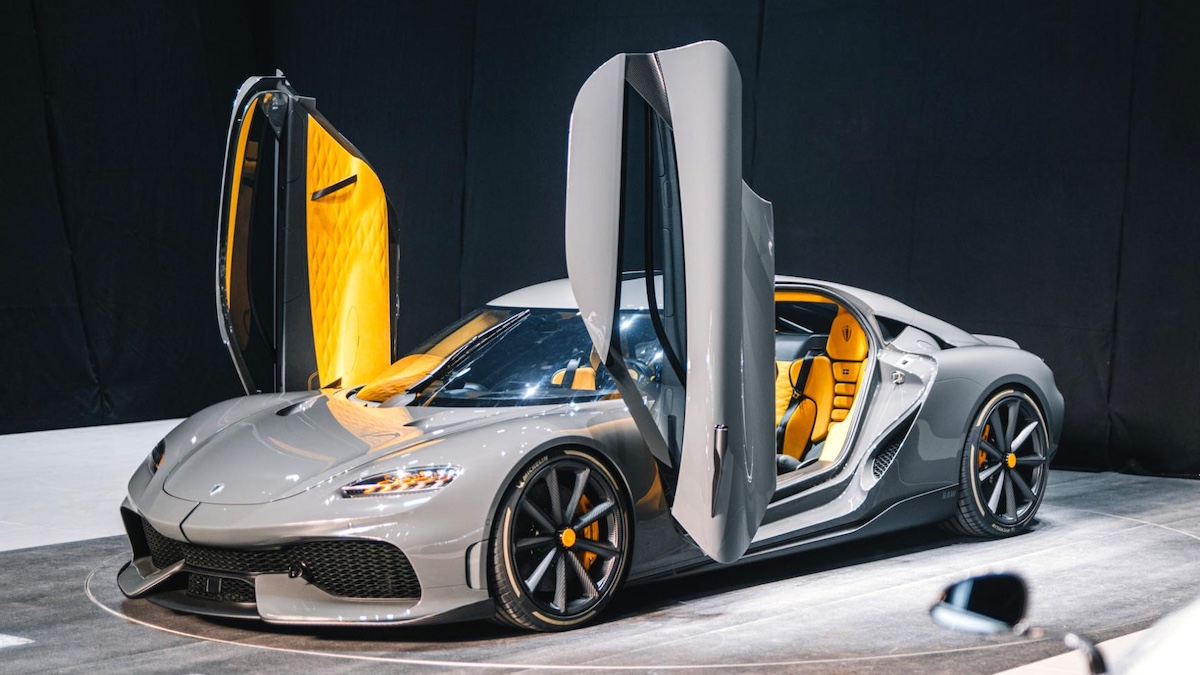 Those individual valve actuators, four of them per cylinder, are doubtless extremely expensive. But partially offsetting that expense, a Freevalve engine saves many other systems. There’s no cam belt or chain. No camshaft pulley variators. No throttle. No wastegate. No need for variable-geometry turbo. No need for a pre-cat for cold start. No external exhaust-gas recirculation system. No expensive direct-injection system—it’s a cheaper port-injection design. No throttle means an extra dose of efficiency—a throttle butterfly causes drag on the incoming air, which wastes energy.

It’s at first surprising that this amazingly flexible engine appears in the Gemera, a hybrid. Most hybrids use their electric motors to help a gasoline engine operate in its most efficient rev-and-throttle range. Why use an engine with a wide rev range in a hybrid?

The answer is that the Gemera also has Koenigsegg’s Direct Drive system, effectively a single gear ratio (albeit with a torque converter for low speeds). So, the engine needs to work well across a far wider rpm range than in any other hybrid. Plus, it has advantages in engine response, package size, power density, and emissions when the engine starts after the plug-in hybrid electric range is depleted.

But there’s yet another reason to use it here. The Gemera acts as a super-high profile advert for the technology.

Freevalve is a sister company to the actual Koenigsegg hypercar company. It employs about 20 people and lives in the same office building as the hypercar factory HQ in southern Sweden.

Christian von Koenigsegg is himself the chair and CEO. The Freevalve company’s mission is to develop and sell the Freevalve technology to other car-companies. Although none is on the market yet. The idea works for diesels, too, by the way, and it looks like the first application in larger numbers will be a heavy truck engine.

If it reliably works in the Gemera, its spread across normal people’s cars will be wider and sooner. 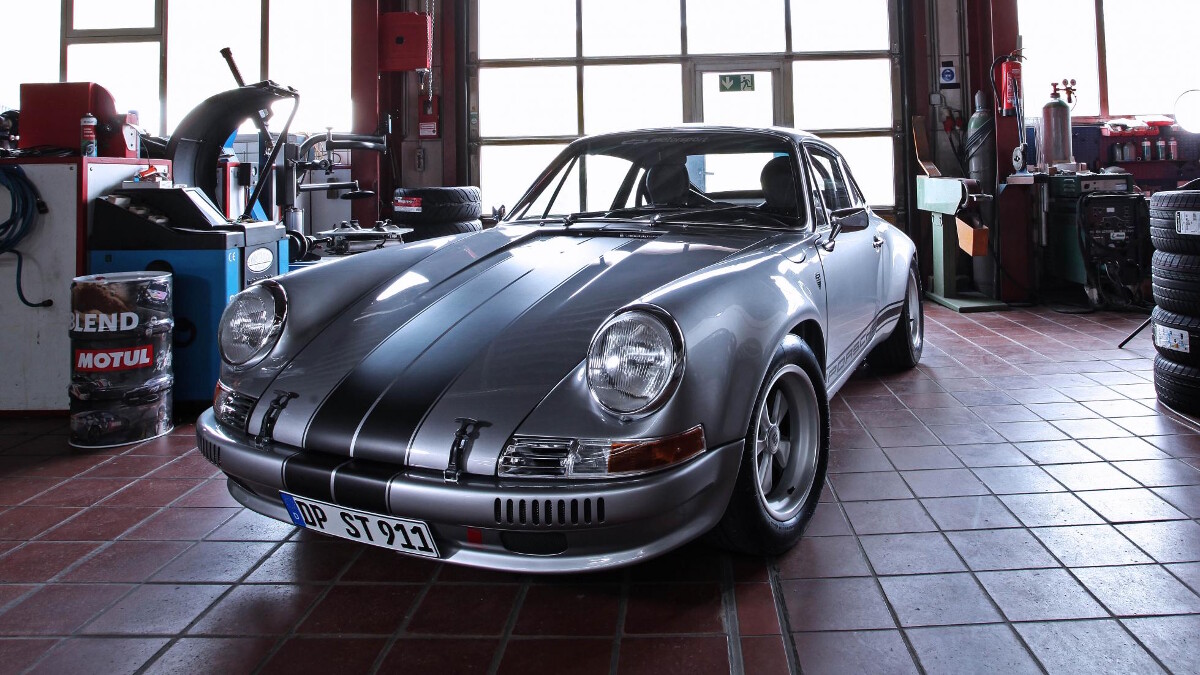 This Porsche 911 restomod was made for the track
View other articles about:
Read the Story →
This article originally appeared on Topgear.com. Minor edits have been made by the TopGear.com.ph editors.
Share:
Retake this Poll
Quiz Results
Share:
Take this Quiz Again
TGP Rating:
/20