And what's in store for its future
by Pat Devereux | Oct 2, 2018
CAR BRANDS IN THIS ARTICLE

TopGear.com: How do you use Super GT racing and other formulae to develop the LC?

Koji Sato: The chassis and drivetrain [of the Super GT cars] are different from the production car. But the upper body section is the same shape as the commercial car. So we test many things for the LC’s dynamic performance on the racing car’s upper body. But really the GT3 or GT4 category is more important for the production car.

Also in the Nürburgring 24-hour race we ran an LC prototype. Our team is very different from other racing teams. Most of the crew are actual production engineers, not race crew. So we got a lot of feedback. We tested some future parts [for the LC] which changed the weight distribution which, with the heavy rain, meant we couldn’t get a good result. But we got a lot of good data, which is very important for the future projects.

TG: What do you think is so special about the LC?

KS: It shows that Lexus, working with Akio [Toyoda, son of the Toyota founder and Toyota CEO] has mastered the handling performance. Particularly the steering – you can feel the front tires and get that feedback, have a conversation. This kind of feeling is our focusing point for Lexus, to create our clear driving taste.

TG: Is there anything about the LC that you would like to go back and change?

KS: There is no need to go back. The LC project is not finished yet. Every year we implement some important improvement points for LC. So we are always moving forward. It’s never-ending.

TG: How does the LC reflect that it is a Japanese sportscar?

KS: In Japanese we say Ichi-go-iche e. It means that every moment you have is special and unique. That’s what you have driving the LC. It has a special reverberation that makes you look back at it when you have parked it. This is very Japanese.

TG: What’s next for the LC? We’ve seen spy photos of an LC-F being tested.

KS: I cannot share the details of that project but LC has a big meaning for the Lexus brand. So that means the LC needs to have some more – you see my face [breaks into a big smile].

TG: What does the arrival of Gazoo Racing mean for Lexus Racing?

KS: The two are very well-connected. I have many friends in Gazoo and also I work with the Gazoo team members. At every GT series I’m at the racetrack. I get a lot of information from that team. And also Akio is controlling both Gazoo and Lexus.

TG: So will Gazoo going to remain quite hardcore racing?

TG: What car poster did you have on your wall when you were a child?

KS: I’m in my 40s, so when I was a baby it was the big boom of the supercar – particularly Lamborghini or FerrarI. I had three posters, but my favourite was the Ferrari Dino 246. 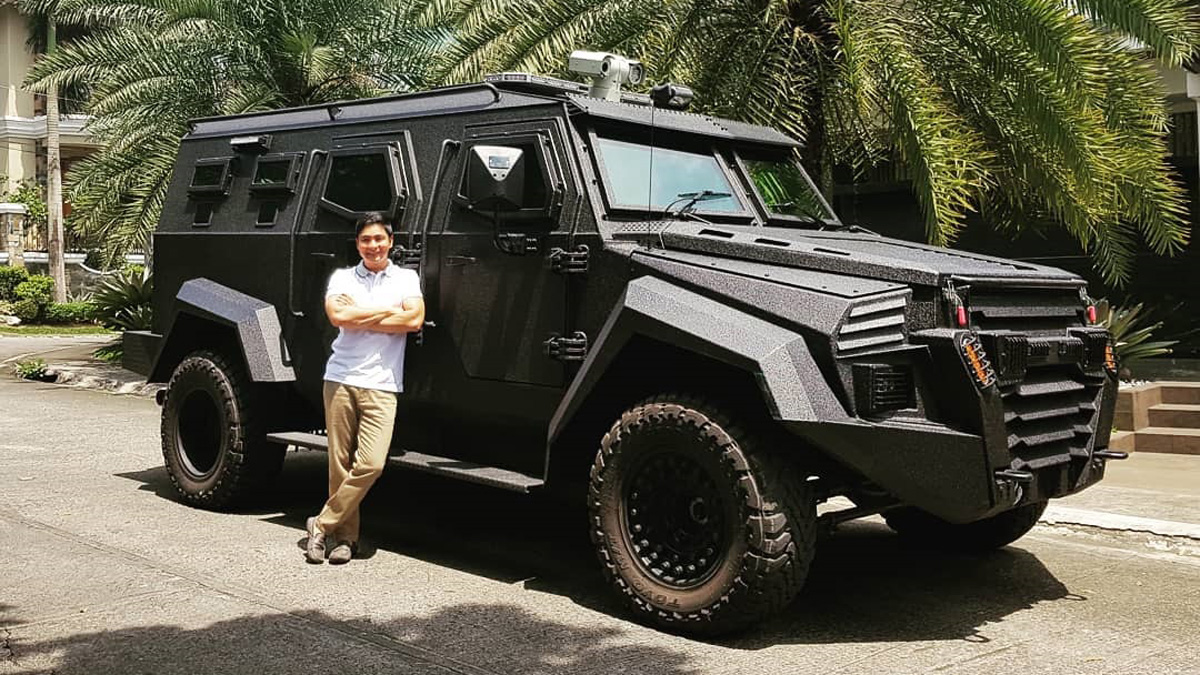 Did Coco Martin just buy the most badass 4x4 in the country?
View other articles about:
Read the Story →
This article originally appeared on Topgear.com. Minor edits have been made by the TopGear.com.ph editors.
Share:
Retake this Poll
Quiz Results
Share:
Take this Quiz Again
TGP Rating:
/20