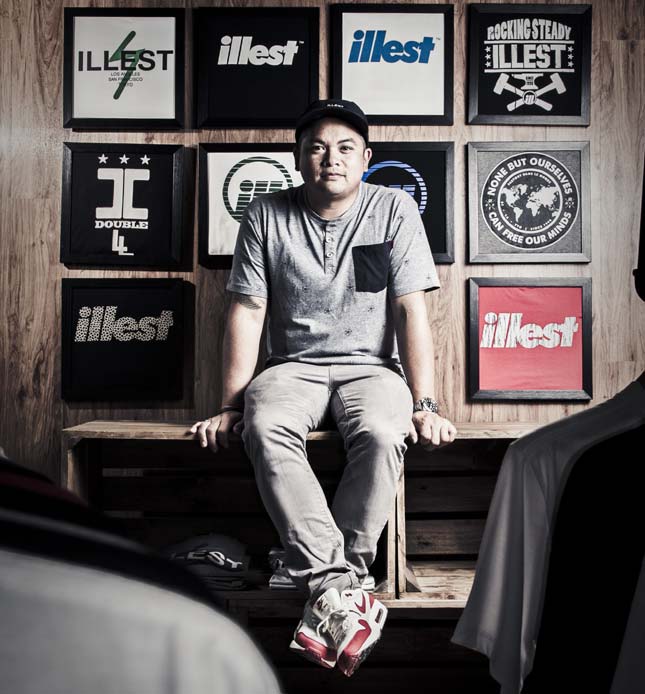 We are shocked when he tells us he is 40 years old. He looks nothing at all like how we expect someone that age to look like. He's a family man, too, with three kids and a wife. It really is hard to believe that the soft-spoken Mark Arcenal is a major player behind a whole car culture scene. Some would say that he might be the one behind it all, too. His brands--Illest, Fatlace, Hellaflush, and Slammed Society have invaded car-speak. "I-hellaflush mo na 'yan!" car guys say to me when they see me driving around in my old Mitsubishi Galant station wagon. And then there’s the scene that is all about stance, wherein cars are dropped to the ground and with barely any fender gap.

The 'flush' in hellaflush comes from how the wheels and tires sit flush with the car’s fender and bodylines. It may seem like non­sense for some, but a lot of guys take it very seriously. Locally, a good number of cars are sporting the look, despite our horrendous roads. If anything, this shows the kind of dedi­cation required to pull off driving a car with hellaflush fitment. How can you tell whether a car has proper stance or not? If you have a keen eye, you will just know. We prefer smaller rims of the Japanese old-school variety, with just the right amount of wideness and lip.

This Stance/Hellaflush movement is not new. In fact, it has been going on for a few years now. Naturally, anything that grows in popularity will receive its share of hate. But that's not a problem for Mark, the face behind the scene and taste-maker in his own right. "This is how I feel about the haters," he says. "Before they can actually say something, they have to make something first--a brand, a movement. Haters only say something be­cause they don't do anything. Creating a brand or sparking a movement is not the easiest thing in the world." Who would have thought his sense of style would reach and influence a worldwide audience?

Mark is in town to launch his Illest clothing line in the Philippines. The name is a tribute to East Coast hip-hop artists. It's street slang for "cool, hip and proper." When something is the "illest," then you know what that means. The clothes are simple yet stylish, with a B-boy and hip-hop slant. The brand has grown and is also an active supporter of a few drift teams and drivers in the US. At first it seems strange that Mark is involved in the clothing industry, but it makes sense given his backround.

Mark worked in ad agencies for 12 years, first as a junior designer, then all the way up to creative director. Nike then hired him to be its digital design director. He held this gig for a few years until he got sick of commuting to Oregon, where Nike’s headquarters is located. Mark decided to put all of his money into Illest as a clothing brand, and then Fatlace became a hobby of his. It's a website where it is all about hip-hop, deejaying and graffiti, the things that he's interested in. "I just infused all of that with the car scene, and then it took off from there," he says. "People grasped on to the idea that you can go to one place on the Internet for music, cars, and music and breakdancing. You don’t really find a lot of that."

Mark recounts: "In 2003, we started a thing called Hellaflush. It became a crazy car move­ment where everybody started slamming their cars as close as possible to the ground. And we had a meet. We invited people to come to the 'meat' because it was a barbeque." Mark was surprised that 250 people showed up. Promo­tion was just word-of-mouth and was only for two days. The next meet had 700 people.

"I was like whoa, what is going on here," he re­counts. The group was kicked out of the venue, and the police came. It was a bad situation. So now Mark rents venues legitimately. This event turned into a car show called Slammed Society. The organizers have to rent race­tracks out to accommodate all of the cars.

The biggest show happens once a year in Japan. "This is 7,000 people, with drifting and a car show at Fuji Speedway," he says. "It is our best car show. It is rooted. We aren’t trying to change the game. We just want people to see what we are into."

We ask Mark if he is indeed a brand in himself, and a tastemaker. "I guess you can say that," he replies. "Some people hire me as a consultant to make their brands bigger." And he’s no stranger to working with manufactur­ers and providing his input. He has consulted with car companies to make their cars look cool. Mark has been doing SEMA for eight years now, and car manufacturers have con­tacted him every year for collaborations. You can say that he has intuition when it comes to aesthetics. "My major is interior design," he says. "I have always been into sneakers and cars, and everything I design is very clean. We may not have the craziest designs, but it is clean. If a car looks good to me, then it will work out."

Cars are a passion for him as well, but he doesn’t want to make a business out of them. They are strictly his hobby. He recounts that when he was 16 years old, his mom decided to stop driving so he ended up driving for her. "She gave me her car--an old BMW--and it was cool," he shares. "I thought it was cool that a lot of my friends had Hondas and they were fixing them up. I wanted to fix the BMW up but didn’t have the means to do so. So we did ghetto shit like cutting springs to make the car lay low. But then I learned from my mistake when I was driving on the Bay Bridge. I took a turn and a spring fell out. Imagine that. I was scraping the whole way back. It took me a while to get my next car. But in the beginning of college I caught the bug. And now 60 cars later, I’ve done something with every category you can think of."

Mark recently launched a collaboration with AME, a Japanese alloy wheel company. The Fatlace/AME wheel is a handsome retro-inspired wheel, and it looks pretty damn good. "Next is to see how this wheel things go," he adds. "We want to bring it back to how it was before." We can't wait to see what other proj­ects he has planned. The world is watching. 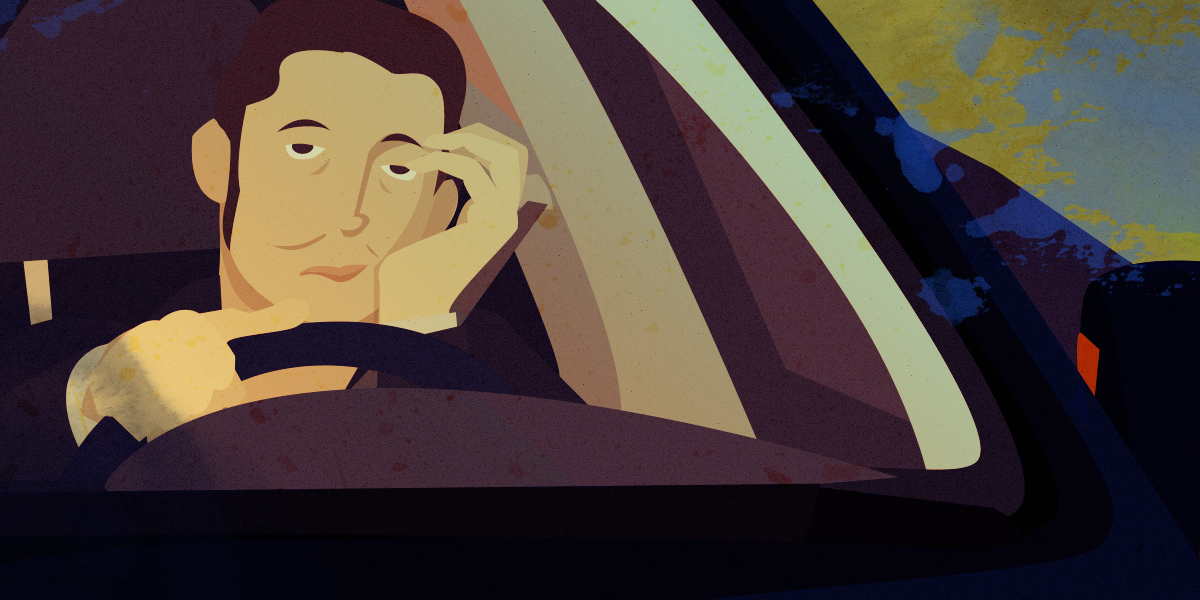 Here are 5 simple ways to safely pass time in traffic
View other articles about:
Read the Story →
This article originally appeared on Topgear.com. Minor edits have been made by the TopGear.com.ph editors.
Share:
Retake this Poll
Quiz Results
Share:
Take this Quiz Again
TGP Rating:
/20