Michael Schumacher's house has its own vintage Shell fuel pump

Famous F1 driver uses what he endorses
by Vernon B. Sarne | May 21, 2012
CAR BRANDS IN THIS ARTICLE 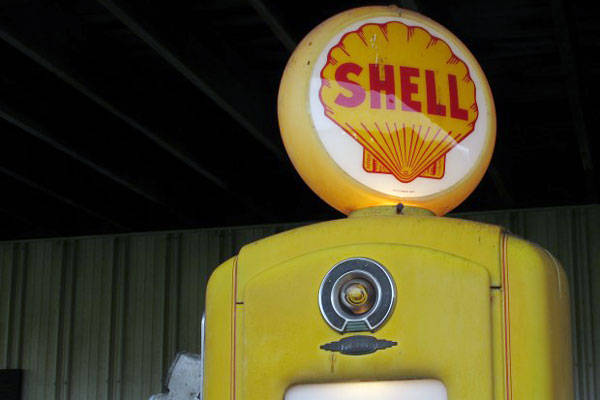 We know that seven-time Formula 1 world champion Michael Schumacher is a very wealthy fellow. In fact, ESPN reported two years ago that he had a net worth of £515 million at the time (and that's UK pounds, mind you). Safe to assume, then, that Michael not only has an impressive fleet of cars--he used to be employed by Ferrari, after all--but that he takes great pains to maintain these cars.

Turns out that is an accurate assumption.

During a recent trip to Geneva, Switzerland, for a media ride-and-drive event, we met a German chauffeur working for Mercedes-Benz for the duration of said event. The chauffeur, whose name was Alex, drove us back to the airport on our last day in the Swiss city.

Alex was a cool chap. The first thing he told us when we hit the road was: "Michael Schumacher's house is just 20 minutes away from here."

To which, we replied: "Do we have time to drive there?"

"Unfortunately, no," he said.

So, he just proceeded to tell us an amusing story.

"I met Schumacher some three years ago," Alex claimed. "He was very down-to-earth."

Perhaps realizing we might have a problem believing his claim, he pulled out his mobile phone and showed us his photo with Michael. They were, in fact, together in the picture.

"This was taken at his house here in Switzerland," Alex said.

"You mean you've actually been to his house?" we asked.

"Yes, three years ago," he answered. "There was a video shoot scheduled at his house then. A German TV show was to interview him. It was a 45-minute exclusive interview. I served as the chauffeur for the host of the show, also a popular figure in Germany."

So, while hanging out at Michael's house, Alex saw, first, an expansive garage (too bad he didn't see the actual cars, just the entrance to the garage), and then, second, Schuey's very own vintage Shell fuel pump. (The one in the photo above is just for reference purposes only.)

Wow. Michael Schumacher has his own fuel station inside his home, and it's the very brand he used to endorse. Talk about putting your money where your mouth is. Of course, this all occurred just before the superstar racing driver came out of retirement to join the Mercedes AMG Petronas F1 team. Understandably, of course, he now helps to market the Malaysian oil brand Petronas.

Still, we wonder: Did Michael purchase the fuel being pumped out of his old-school gas dispenser, or did Shell supply him with unlimited V-Power?

Top 5 cars conceived by the legendary Carroll Shelby
View other articles about:
Recommended Videos
Read the Story →
This article originally appeared on Topgear.com. Minor edits have been made by the TopGear.com.ph editors.
Share:
Retake this Poll
Quiz Results
Share:
Take this Quiz Again
TGP Rating:
/20