How the selling process begins with a press junket
by Vernon B. Sarne | Aug 6, 2009
CAR BRANDS IN THIS ARTICLE 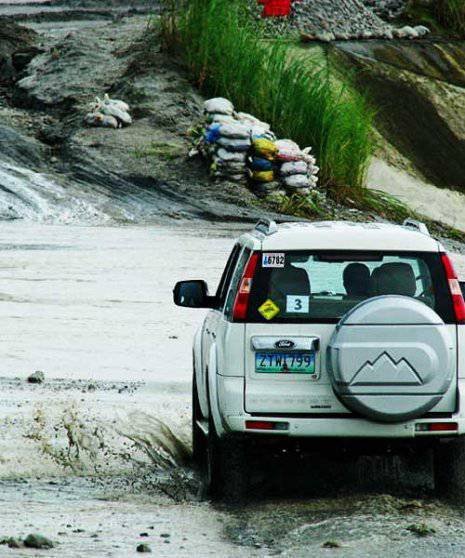 This being the "buy issue," we wish to share with you how a carmaker sets off its marketing offensive before a new vehicle actually hits the showroom floor for its big introduction to interested buyers. If you think launching a new car is as simple as holding an unveiling in a hotel and announcing it to the public via newspaper print ads, you obviously haven't heard of motoring journalists--which also obviously means this is your first time to read our magazine.

A huge part of any marketing campaign for a new vehicle is the "courtship" of the motoring press. Because we freely (well, at least in these quarters) communicate to consumers the subject of automobiles, the car industry generally wants us on its side. The basic idea is that if a company can somehow manage to get us to write favorably about its new car, a positive perception will be created around the said product, making people want to buy it. This is so because we are widely regarded as "experts" and our opinion is always "invaluable" when it comes to making a car purchase.

So before a carmaker starts selling to you, dear reader, understand that it almost always sells to us first. A big chunk of the budget of a car company's marketing department usually goes into "educating" the press, which for the most part includes an out-of-town ride-and-drive junket. Now, a well-planned marketing campaign for a new car ensures that journalists get their hands on the vehicle even before it is formally introduced to the market. The logic, of course, is that by the time the car is unveiled, magazine and newspaper articles will have begun extolling--or, heaven forbid, criticizing-it.

Should a carmaker fail to do this, the reason is always just one of two things. First, it could be that the new car is so insignificant that it doesn't warrant marketing funding. Or second, it could just be that the folks at the helm of the car company's marketing department haven't got a clue about what they're doing. We've encountered many instances of both.

Then again, an important new vehicle would arrive every now and then, requiring our presence in a specially organized test-drive event. Depending on the scale of the car's sales potential, the event could be as simple as a day trip to Tagaytay or as lavish as a three-day affair in Europe. These days, an overnight excursion is par for the course, which is exactly what Ford Group Philippines prepared for us when it asked us to drive the new Everest all the way to Baguio a couple of days before the vehicle's official introduction.

Another indication of a vehicle's importance is the kind of corporate executives that mingle with us during the event. For the Everest sortie, it wasn't enough that the sales, marketing and service officers were on hand to babysit us--no less than FGP's president, American Rick Baker, had to be in attendance. In addition, the company flew in Everest design manager Scott Ferrier of Ford Australia and Everest project leader Hiroya Fujimoto of Ford Hiroshima Operations. This immediately told us that the vehicle we were about to drive ranked very high on Ford's roster of priorities.

Actually, we here at Top Gear had already been aware of the Everest's lofty status within Ford's stable. Two of our staffers, after all, had been sent by the carmaker to Thailand in order for the Everest to make it on the cover of our May issue. What happened in Baguio only served to confirm what we'd known for months: The new Everest is a crucial product for Ford in our market.

"The Everest has consistently been a top seller among the local Ford vehicles," said the businesslike Baker. "In 2008, nearly 2,200 units were sold, making it the second-best annual sales for this SUV."

No wonder Ford was pulling out all the stops just to introduce the latest edition of the Everest. At a time when most carmakers were prudently cutting costs, an overnight stay for around 25 journalists at The Manor in Camp John Hay was pretty impressive.

Before proceeding to the Pine City, we made a detour to a lahar-covered area of Pampanga because Ford wanted us to do moderate off-road driving. While I didn't quite understand why we had to do this--considering the main changes to the new Everest were purely cosmetic--I saw the wisdom in its inclusion in the itinerary. By making us abandon the pavement, Ford hoped this would make us write about the Everest being a tough SUV, even if the new edition featured no major revisions under its sheet metal. 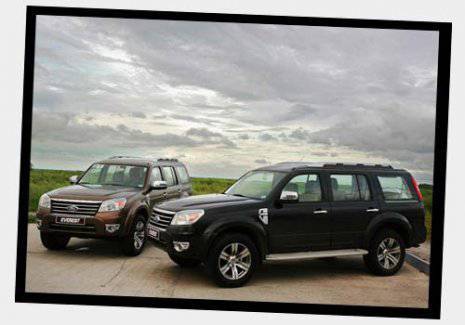 That's one thing about these driving events. The whole program is designed around a certain concept, and that concept is tied to the principal selling point of the vehicle. If the carmaker wants you to highlight the vehicle's environment-friendliness, for instance, it will incorporate some tree-planting activity into the schedule. The PR people will not explicitly ask you to say their car is kind to Mother Nature, but nine times out of ten, that's what you'll end up writing because of the kind of exercises they've made you go through. It's called subliminal suggestion.

Car companies will not readily admit it,but they generally expect their media guests to serve as their mouthpieces. That's why they conveniently provide so-called press releases, which point out all the positive attributes of the car but never its shortcomings. The lazy journalists--those who can't write a decent article without relying heavily on these press releases and brochures--will indeed take on the role of propagandists. The better ones will think for themselves and analyze the merits of the vehicle based on their own unbiased opinion. We're hoping we belong to the latter.

True enough, during the dinnertime product presentation, we heard all sorts of praises for the Everest. The most notable quip came from designer Ferrier: "The new Ford Everest is Arnold Schwarzenegger in a business suit." He proceeded to say that "the new design is a more premium look that builds on the capability and robust feel that are Ford Everest hallmarks. We've added contemporary touches that give it a lot more style."

Hidden beneath all that Vicki Belo-worthy makeover are basically the same tried-and-tested mechanicals that we've always admired on the Everest: a pair (3.0-liter and 2.5-liter) of DuraTORQ CRDi turbodiesel engines; five-speed manual or five-speed automatic gearbox; four-wheel or rear-wheel drive layout; and a shift-on-the-fly transfer case for the top-of-the-line 4x4 model, which we understand also comes equipped with Ford's ICE (Integrated Connectivity and Entertainment) package.

One particular feature that we noticed on our Everest unit going up to Baguio was a handsome GPS navigation system, which perfectly complemented the ICE system's 6.5-inch touch-screen monitor in the center console. We were later told the navsat was actually a P30,000 dealer option.

A trick commonly employed by carmakers in enhancing the perceived value-for-money of their vehicles is the installation of high-tech gadgets, preferably those that are either absent from or higher than those of the competition. These are most effective on vehicles that have merely been given a face-lift. The new Everest, in very technical terms, falls under this category.

After the shoptalk came offers of alcoholic drinks, presumably to ensure that we'd look back at this event in good spirits. Carmakers like Ford want us to validate their product planning and pricing (the Everest 4x4 with ICE costs P1,695,000). They need us to confirm in between toasts that they have brought in a hotcake of a vehicle. Fortunately, with the new Everest, we didn't have to blatantly lie to Ford's rightfully optimistic bosses.

This new SUV is a consequential vehicle to Ford Group Philippines, and the company is justified in harboring expectations the size of Mount Everest. Ford couldn't--wouldn't--take the risk of having journalists write bad stuff about it. They figured we merely needed to be enlightened. Hence, this whole "selling" process up in Baguio. To seal the deal, we were handed a copy each of an imported business magazine with Ford Motor Company CEO Alan Mulally on the cover. Inside the journal, Mulally did his best to sell us the bright prospects of his company in the days to come.

By the time we got back to Manila, we had decided we'd make a purchase. We're sure Ford accepts the currency of approval.

For more images, see the gallery below or click here . 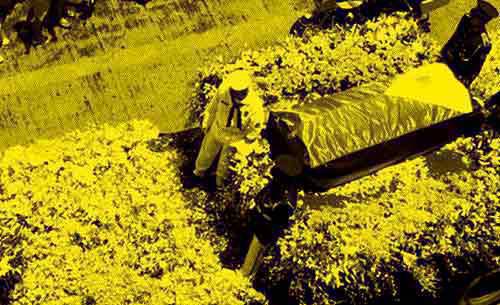 10 tips for those who will join President Cory Aquino's burial convoy
View other articles about:
Read the Story →
This article originally appeared on Topgear.com. Minor edits have been made by the TopGear.com.ph editors.
Share:
Retake this Poll
Quiz Results
Share:
Take this Quiz Again
TGP Rating:
/20